This Italo-Australian romantic drama is sincerely charming, but does that make up for its lack of sophistication?
Mel Campbell 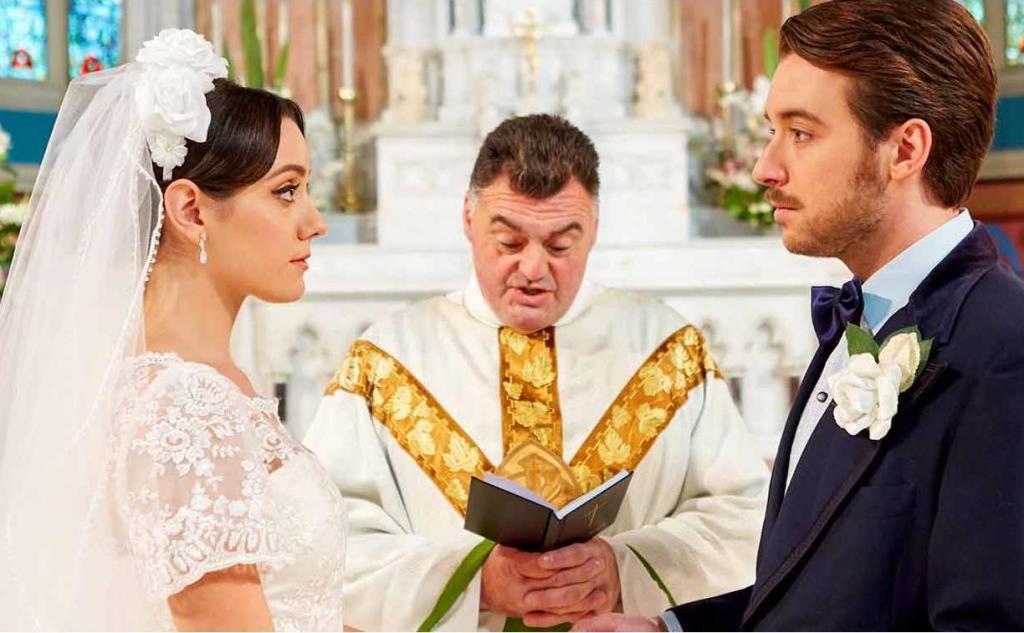 ‘There was a time when arranged marriages were not uncommon in our community,’ begins Tina Arena in voiceover, over a montage of archival Super 8 footage of an Italian wedding. ‘We even had a word for it – combinare, to arrange. But the world was changing and so were we – some of us sooner than others.’

The narration sets a certain fairytale tone for this Italian-Australian melodrama, which Nick Conidi wrote and co-directed with Tony Ferrieri, based on the real experiences of his parents and their peers. It’s a very nostalgic, respectful homage to the love stories of second-generation Italo-Australians, whose big dreams have battled with their conflicted obligations to family and place – to be independent, modern and Australian, as well as loyal to their community’s traditions and values.

‘It’s hard to explain,’ says Angela (Antoniette Iesue) when her friend Emma’s (Kayla Lamanna) smarmy boyfriend asks whether she’s ever planned to ‘go out on her own’.

Angela has been promised in marriage to Robert (Daniel Berini) since she was a baby in 1953, and he was five. Robert’s businessman dad Joe (Mirko Grillini) is her godfather… but he’s also a Godfather. (‘I’ve read the book,’ teenaged Angela says in an awed whisper.) And Angela’s dad Sal (Paul Mercurio) believes he’s in Joe’s debt, ever since Angela’s mum Rosalba (Arena) unexpectedly went into labour and was driven to the hospital by Joe. What can he do? Joe is ‘connected’.

But it’s now 1974, man! Robert has returned from studying law at Oxford to find that Angela, a creative writing student at the University of Melbourne, has a boyfriend, Tom (Santo Tripodi). Basically, I was on Team Robert from the start, because he has some emotional literacy and gives Angela a first edition of Gone with the Wind, whereas Tom is a ne’er-do-well music entrepreneur who looks like a dirtbag from the kind of indie electro band that gets in the bottom half of the triple j Hottest 100. And, as it turns out, Tom has gambling problems!

For justice, we must go to Don Joe.

Nah, not really! Promised isn’t an Underbelly-style mob melodrama, despite a promising newspaper headline about the snuffing of a random gangster in a Carlton alleyway, and a henchman who noddingly ‘takes care of’ the pizza bill when Angela and Robert go on a date. Joe really does seem to be just a prosperous businessman who’s heavily involved in his community. And while Angela’s friend Emma gives her a copy of The Female Eunuch, which Rosalba later finds in her daughter’s bedroom and begins to read, this isn’t really a story of generation gaps and political awakenings.

The stakes are much smaller than that. Promised suffers from a very weak, unevenly paced script that puts weirdly expository dialogue into the mouths of its characters, and forces them to respond dramatically to relatively small misunderstandings. Angela and Robert always seem to genuinely like each other, but just can’t seem to escape their parents’ expectations. And despite the charismatic presence of Arena and Mercurio, the film never really digs into the issues it teases, such as Sal’s guilty emasculation, or the way that pride and care revolve just as much around economics as marriage.

The film is at its best when it’s depicting the subtle pressures that Angela’s and Robert’s families exert upon them, and the everyday details of 1970s Italo-Australian life in Melbourne. The big parties in balustraded suburban mansions where everyone smiles and nudges. The community reception centre owned by ageing bachelor Zio Dino (Giuseppe Fusca), who’s charged with organising Angela’s and Robert’s wedding. The pastry shop run by Angela’s parents Rosalba (Arena) and Sal (Paul Mercurio), where Angela says hello to all the regulars. Sal reading Il Globo at home.

I enjoyed the attention to detail in the period production design. All the sets, locations and props feel familiar, even to a non-Italian. There are big family kitchens where everyone sits down to lasagne; ‘good rooms’ full of polished wood furniture, plush rugs and Catholic paraphernalia; brown-glass wine carafes and little glasses; a vacuum espresso maker at Robert’s office and a faceted stovetop moka pot at his home.

However, the film also suffers from intrusive musical cues and workmanlike direction – one establishing shot of Robert’s inner-Melbourne terrace house includes a giant fluffy dog, for no reason! – that leaves the unfortunate impression of a Working Dog parody of the earnest social-realist dramas of the 1970s and 1980s, such as Moving Out. Robert’s law office reminded me of a plusher version of Dennis Denuto’s (Tiriel Mora) in The Castle; some corny retro hairstyles and costumes, and awkward moments of blocking and editing, evoked the kitchen-sink comedy of Rob Sitch and Santo Cilauro.

Promised lacks the sophistication and craft of films such as Looking for Alibrandi or The Heartbreak Kid, which delve into intersecting issues of socioeconomics, generations and cultural identity. Still, there’s something charming about this film, which was the biggest hit of the recent Italian Film Festival and goes out now on a relatively wide 58 screens. Berini’s and Iesue’s fresh, sympathetic performances capture a mood of gradually blooming respect and compromise – which are underrepresented qualities in romantic storytelling – as Robert and Angela try to find a life that’s uniquely theirs.

“Love is a wonderful thing: you meet, you fall in love, and you get married – in that order,” says Arena’s voiceover. “But love, like life, is never perfectly arranged.” Promised is an imperfect movie that nonetheless captures something that feels real and valuable.