Writer Alex Garland turns filmmaker, contemplating his familiar themes within an unsettling world of artificial intelligence.
Sarah Ward
[This is archived content and may not display in the originally intended format.] 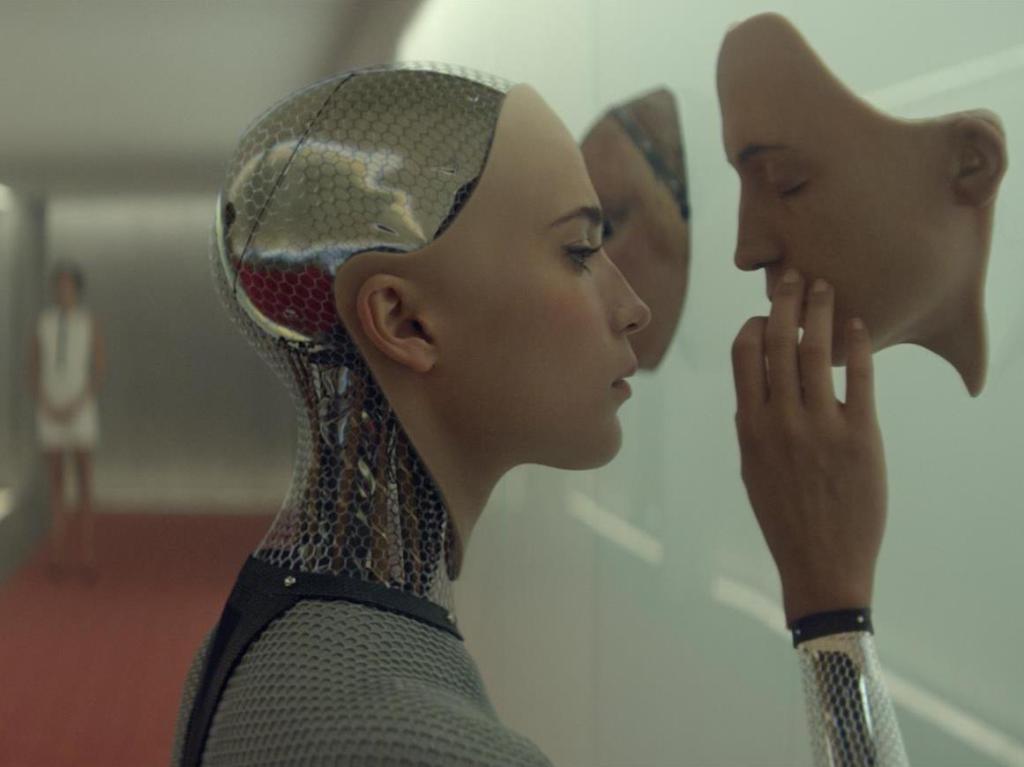 Readers and viewers may not see Alex Garland’s eyes as they peruse his prose and watch images wrought from his words; however his body of work thus far leaves little doubt about the intensity and obsession that must set them ablaze. As an author and as a screenwriter, his output smacks of his fiery fascination with a specific scenario – that of outsiders immersed in worlds beyond their comfort zones, and left to navigate new hierarchies and expectations.

From his first novel, Thai tourist trip The Beach, to his most recent screenplay, adapted futuristic law enforcement thriller Dredd, Garland’s efforts have continued to probe and ponder the results of strangers cast adrift in foreign settings, the details changing but the same fascination with human nature remaining. The post-apocalyptic zombie scares of 28 Days Later…, the spaceship searching of Sunshine, and the dystopian drama of Never Let Me Go – the first two his original creations, the latter refashioning Kazuo Ishiguro’s book – all fit the mould, though never could the writer be accused of only telling the same story over and over again. Rather, he’s finding different ways to explore his interest in reactions and motivations, often steeped in sci-fi.

Making his directorial debut with Ex Machina, Garland once more turns his gaze and the viewer’s to a newcomer entering the unknown, and once more looks on – as the audience does, too – as the person in question tries to make sense of their situation. Here, computer programmer Caleb (Domhnall Gleeson, Unbroken) is the twinkle in the auteur’s eye, working for the world’s most popular search engine and winning a company-wide competition to assist the reclusive CEO, Nathan (Oscar Isaac, A Most Violent Year), with a new project. Caleb arrives at Nathan’s remote base uncertain about what his stay will hold, and unprepared for what he’s about to see. A humanoid robot named Ava (Alicia Vikander, Testament of Youth) becomes the third party involved in their weeklong escapade, Caleb testing Ava’s artificial intelligence, Nathan monitoring Caleb’s interactions, and Ava challenging both her new friend and her creator.

In a feature largely comprised of only three figures – two human, one android – interrogating and scrutinising, flirting and warming to, and threatening and bluffing each other, chamber play-style, the ideas their interactions spark are key. Mankind’s reach exceeding its grasp, the morality of the science at play, the natural versus the simulated, plus Garland’s usual source of contemplation, all drive Ex Machina, a film with a title that says much and a fondness for Frankenstein that says more. The others in whose footsteps the movie follows form a formidable list, the recent Her included, but that the feature scurries down a familiar path in what amounts to speculative fiction isn’t a drawback. How the first-time filmmaker, writing as well as helming, pieces together his puzzle of philosophy and technology also enthrals and thrills: with suspense, insight and just a hint of wry amusement.

Of course, the eyes remain crucial, and what Garland spies with his, he wants the audience to covet. His film may look like one of sleek lines, polished surfaces and visual order; however that smooth, pristine backdrop pushes his focus on physicality to prominence. Ex Machina doesn’t just peer over its protagonists and antagonists, nor filter its content through their perspectives – it never forgets the link between how they behave, move, and relate to each other and what they each see. Witness Caleb’s eager innocence and shy awkwardness become rigid and emboldened with every secret he unlocks; Nathan’s often partially clad, sometimes dancing flaunting of his perceived prominence over his guest and his creation; Ava’s awakening as to how to increase her power and agency.

Such unsettling, heightened surveillance, tensely conveyed through camera angles and video screens, ensures the work of Gleeson, Isaac and Vikander is always in view, as those watching always want it to be. All three parlay their excellent recent back catalogues into compelling characterisations, whether inhabiting the role of the victim, aggressor or pawn, or proving a combination of all three. Playing naïve, magnetic and enigmatic in turn, their game-playing performances are confident but never too chilly or calculating, given that those they portray are never comfortable. They’re the guides the eyes follow while the brain ruminates over the fallout from Garland’s favourite set-up being given an AI twist – and they’re perhaps the most intriguing enactment to date of his fixation with our reactions to traversing the unfamiliar.