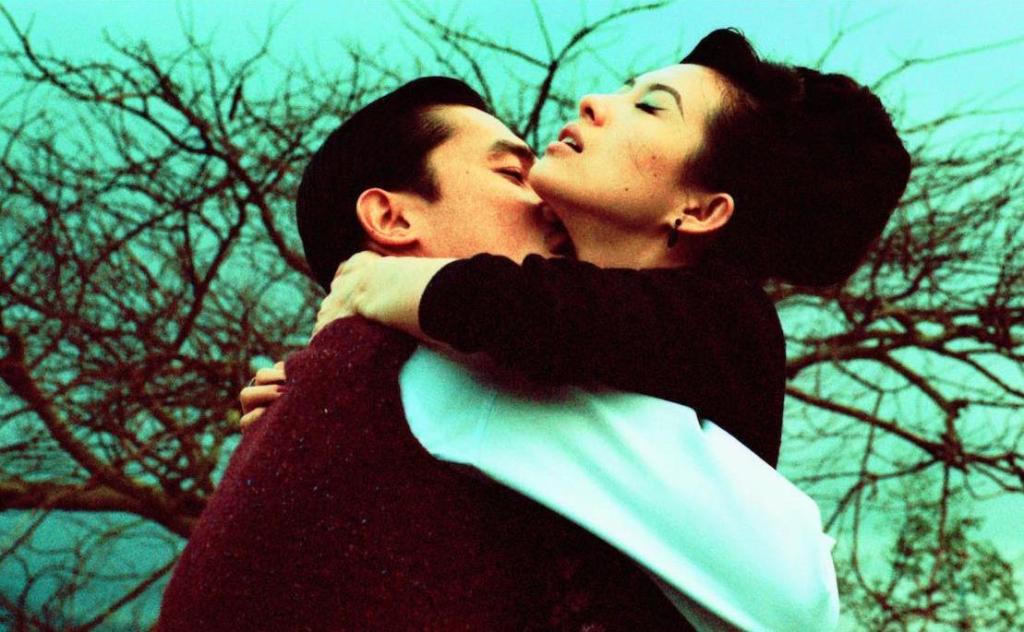 I will now make what is, for a professional film critic, an embarrassing confession. The first time I saw, on its Australian theatrical release, a film by Wong Kar wai, I did not like it all. In fact, in my published review from the time, I called it ‘extremely repetitious and bloodless’, ‘laborious’, and (just to twist the knife one last time) ‘simply too slack, posturing and lightweight for its own good’.

The film was Chungking Express (1994). I hold a much a higher opinion of it these days, and perhaps I should have given it more than two stars back then. It’s not like I hadn’t been already primed by my local cinephile colleagues and friends, many of whom were already firm Wong fans by the mid ‘90s.

You have to understand that, in the Australian film scene of the 1980s and ‘90s, the lively ‘Chinatown beat’ of cinemas served as an invaluable parallel sector of film distribution and exhibition in Australia: it was there that aficionados, including Clare Stewart – then helping to manage the Melbourne Cinematheque, later director of the London Film Festival – would discover everything from John Woo’s action movies and Stephen Chow’s delirious comedies to Wong’s early works, As Tears Go By (1988), Days of Being Wild (1990) and Ashes of Time (1994).

In fact, by the mid ‘90s, the advance word – or ‘hype’, as I ungenerously tagged it in my review – was part of my Wong problem: I had heard and read just a bit too much raving about this guy, and I suspected it was a case of talking-up someone who displayed a welcome flicker of talent.

Read: Adrian Martin’s 2020 in review: a year out of joint

It only took a year or so, and the eventual revelation of Fallen Angels (1995), for me to hook onto the cinephile party line concerning Wong. And from there on, a remarkable string of films poured forth, managing to hop from film festivals to art houses to a decent measure of commercial success: Happy Together (1997), In the Mood For Love (2000) and, for me his greatest work, 2046 (2004). I assure you, I gave them far more positive reviews!

Right now, we are witnessing a welcome revival of interest, around the world with a dazzling program package currently touring the globe, including World of Wong Kar Wai, organised by the ICA in London (online), and in Australia, Love and Neon: The Cinema of Wong Kar-Wai, presented by Sydney Film Festival and ACMI.

The filmmaker himself has helped to cannily engineer this trend, with the release of remastered and recut versions of much of his earlier work – with the misfiring American venture My Blueberry Nights (2007) often left out of this accounting (little wonder, since it seems almost like a parody of a typical Wong film). We even get a new and expanded cut of his amazing The Hand (2004), now detached from the lumpy anthology Eros where it sat uneasily alongside a mediocre Steven Soderbergh sketch and a cryptic Michelangelo Antonioni vignette.

…Chungking Express had a handle on something genuinely new and novel: a ‘slacker’ sensibility, at once romantic and ironic, married to an extraordinary vision of the urban metropolis as a blurred haze of neon, fast food, mobile phones and easy crime.

Wong appears to have learnt the lesson previously demonstrated by Alfred Hitchcock, Abel Gance and Stanley Kubrick in cinema history: that it bolsters a filmmaker’s chance of getting a place in posterity if he or she can organise the timely reappearance of their past, best work. Not only that, but it might also even help to get some new productions up and running. At age 62, Wong still has a lot to give us, with several major projects (for both cinema and TV) currently in development.

It is strange to realise today that such a gifted director had a veritable ‘streak’ that lasted hardly 15 years, from Days of Being Wild to 2046. But the international art film market is probably even more fickle than the mass audience for Hollywood blockbusters, and Wong found himself, after the go-for-broke gesture of 2046, a bit lost, misunderstood and rejected. So The Grandmaster (2013) is, in my opinion, a wonderful, brilliantly assembled film, but for many it did not fit the generally perceived image of what Wong is – or was – all about.

Read: ‘Music is in danger of being taken for granted’ – screen composer Amanda Brown

Wong knows a few things about how to capitalise, in 2021, on the prevalent nostalgia for his older work – but he has also become, probably to his eternal chagrin, a prisoner of the 1990s, and its very particular definition of ‘cool’. Even at my grumpiest moment in the face of my first Wong viewing, I was able to grasp that Chungking Express had a handle on something genuinely new and novel: a ‘slacker’ sensibility, at once romantic and ironic, married to an extraordinary vision of the urban metropolis as a blurred haze of neon, fast food, mobile phones and easy crime.

Call it postmodern, call it a zeitgeist, call it whatever you like in retrospect: Wong bottled, in his films of that decade, a whole sensibility to which many spectators could relate. Notably, Wong was able to overcome a standard resistance to much art cinema: although almost nobody in his films possesses a conventional ‘three-dimensional’ psychology, their presence or personality was so powerfully rendered in surface textures that their aura became utterly compelling as a spectacle unto itself.

Wong was able to overcome a standard resistance to much art cinema: although almost nobody in his films possesses a conventional ‘three-dimensional’ psychology, their presence or personality was so powerfully rendered in surface textures that their aura became utterly compelling as a spectacle unto itself.

Wong was not alone in bringing this sensibility to our attention. Beyond the busy Chinatown cinemas dotted around the globe, Asian cinema was undergoing a massive resurgence in the 1990s, on all fronts. A more experimental approach to depicting the desires and alienations of youth came through the work in Taiwan of Hou Hsiao-hsien (Millennium Mambo) and Tsai Ming-liang (Vive l’amour), but that wave, sadly, never quite made it out of the film festivals, or at least such was the case in Australia. More broadly, as the decade drew to a close, even a mainstream player such as Columbia-TriStar (now Sony Pictures Television) mucked in and, with its ‘Silk Screen’ initiative, did its level best to repeat the runaway success of Crouching Tiger, Hidden Dragon (2000) by releasing films by Chow, Japan’s Takeshi Kitano, and others. Sadly, the attempt petered out after a couple of years; the ‘cool Asian groove’ had seemingly passed.

Even if he didn’t intend it this way when be began the careful and elaborate technical work on assembling this touring collection of his films, Wong surely now realises that his once very modern code of romanticism has once again become au courant in the time of the COVID-19 pandemic. Quite simply because, in his stories, love and desire have as much to do with distance and separation as with proximity and intimate fusion. It’s in the eternal, choreographed dance of bodies ‘touching off’, passing by, going in different directions that Wong has created his indelible, stylised signature. Every device – variable speeds in the image, treatments of colour, integrated design of costume and décor, rich use of music – congregates on these key moments of meeting and parting in Wong. In the Mood for Love – not my favourite of his films, but an endlessly fascinating ritornello – takes this concentration right to the edge of bathos, and somehow miraculously avoids tipping over. Let us pay passing homage, in this regard, to two of his regular collaborators: flamboyant, Australian-born cinematographer Christopher Doyle, and the less acknowledged William Chang, who has provided the triple-punch of editing, costumes and production design for Wong. Talk about an integrated style!

There is a great deal of solitude in Wong’s films – inhabited as they are by melancholic characters whose principal fate is to remember, pine and regret whatever human connection they have renounced. We can go further with this thought: one of the most delightful moments in the canon of film criticism came when renowned American screenwriter Larry Gross declared in Sight and Sound magazine that ‘Nothing is more typical of the world of Wong Kar wai than a sex scene where one of the participants isn’t present’. He was referring specifically to the splendid scenes of female masturbation in Fallen Angels – and coincidentally anticipated the entire plot of The Hand, the title of which tells you everything – but, more generally, Gross’ comment pinpoints the entire, diffuse atmosphere of longing, loneliness and ephemeral ecstasy that saturates the cinema of Wong.

Is the director’s loyal fan base a bit too fixated, still, on that somewhat static, morbid, very 1990s image of romanticism-gone-wrong? Let’s hope that producers and audiences will now allow Wong the freedom to keep evolving his sensibility in any direction he chooses. His place in cinema’s history is secure, but his involvement in its future promises to be dynamic.

Love & Neon: The Cinema of Wong Kar Wai season has been extended due to popular demand at the Australian Centre for the Moving Image (ACMI) in Melbourne, from Saturday 20 November – Thursday 25 November 2021.