Older audiences are leading the sortie into cinemas for Top Gun but people born this century are buzzing the tower too.
David Tiley 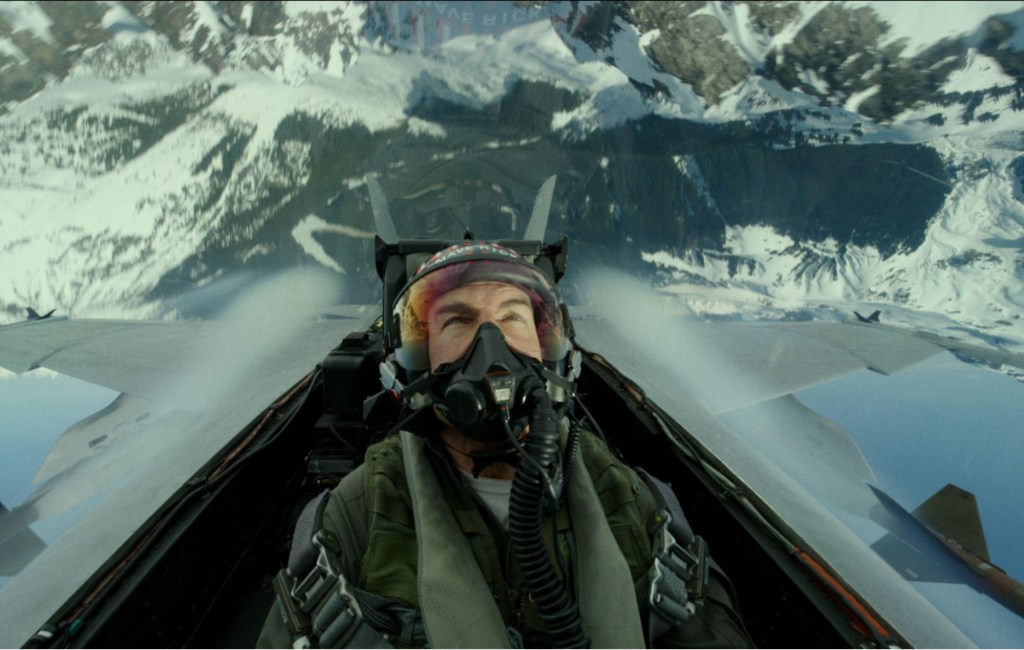 Top Gun: Maverick arrived officially on 905 screens, to make $2.16m on its first day and $13.79m over the weekend. Old-fashioned? Just remember that the first Top Gun came out in 1986, before even the First Gulf War, when Ronald Reagan was president, Tom Cruise himself was 25, and the picture cost around $50m to make.

Figures in this article are expressed in current AU$ while Top Gun numbers have been adjusted for inflation.

Top Gun 2 has excellent word of mouth in the foyer, is tending to attract older viewers but the demographic seems to be getting younger. The film is expected to hang around for at least the next six weeks.

More than any other film this year, Top Gun: Maverick reminds those vital wide audiences that movies are about sheer screaming, brain-emptying, sweaty-handed spectacle. And at an estimated $200m budget, it is not even super-expensive, though the marketing bill will be stupendous.

But Top Gun: Maverick had a comparatively slow start – Dr Strange in the Multiverse of Madness made $14.53m over its first weekend at the beginning of May. Over Christmas, Spiderman: No Way Home, trousered $26.17m over its opening weekend, which is truly serious money.

Combining both the general feeling of the Movie Convention, and the direct experience of the independent cinema sector, it seems that audiences are slowly but surely putting movies back into their entertainment routines, with perhaps an extra 30% expected by next Christmas, when we can calculate a new normal.

It looks as if the sector has survived in good condition, with the vital supply chain of blockbusters re-established in the US summer.

How to Please a Woman is definitely a success in modern terms. Now at number six, down by 39 screens to 255, and losing half its take over last weekend when it took $277,000, the picture has still scored a total of $1.44m. Expect that to climb slowly but steadily as it moves from location to location.

Read: How to Please a Woman review

I was surprised to find that Scotty Seddon, president of Independent Cinemas Australia, regards the results for The Drover’s Wife: The Legend of Molly Johnson as a success story. But it added 21 screens in week four to reach 148, made $127,000 over the weekend and is climbing towards a million in total. He points out that the original short story is on the NSW school curriculum and the first parties of school kids are beginning to arrive. It is surely a feast for discussion. It will move more slowly than How to Please a Woman but probably has more staying power – all good news for a very serious genre film with an arthouse edge.

This weekend is an income keystone because it is Memorial Day, which honours the dead in the American armed forces and was created after the Civil War. Top Gun 2 made $210m in four days, and $345m around the world, which is an earth-shattering number in these battered times.

US studios have treated it like kryptonite – the only important film in the market is Dr Strange and the Multiverse of Madness, which opened a month ago and is sitting on $515m. Though the money is fabulous, it will be beaten by Top Gun 2.

Everything Everywhere All At Once, with Michelle Yeoh as a tax-harassed and very adult accidental superhero, is continuing to trundle along, still on 1200 US screens, with $93m altogether. But overseas returns are very ordinary, led out in Europe by the UK result of $3.32m. Our figure of $4.69m, with some fuel still in the tank, makes this the best result by far outside the United States.

But there is not a single Asian market in the list.

Familiar names dominated the 2022 list of Cannes winners.  How have their previous films performed in the Australian box office?

Hirokazu Kore-eda made Shoplifters, which took $667,000, and directed this year’s best actor, Song Kang-ho, who was also in cult favourite Parasite, which made $5.95m on the back of its success at the Oscars where it won Best Picture, Best Director and Best Foreign Language Film.

I know this is a pretty random selection, and none of them are in English, and Cannes has a passion for smaller films from less mainstream cinematic cultures, but these numbers do tell us something salutary – really beautiful, internationally celebrated arthouse films only do well here under special circumstances. The broad brush cultural experience of going to the movies is defined by Top Gun 2, not the quiet delights of excellent actors and thoughtful, adult scripts.

Against these numbers, the arthouse genre film The Drover’s Wife: The Legend of Molly Johnson and the crowd-pleasing female-focused How to Please a Woman are doing modestly well.