Three Australian dramas you need to watch on the ABC

From 'The Newsreader' to 'Fires' and 'Frayed', the national broadcaster comes through with top-notch series TV.
Rochelle Siemienowicz 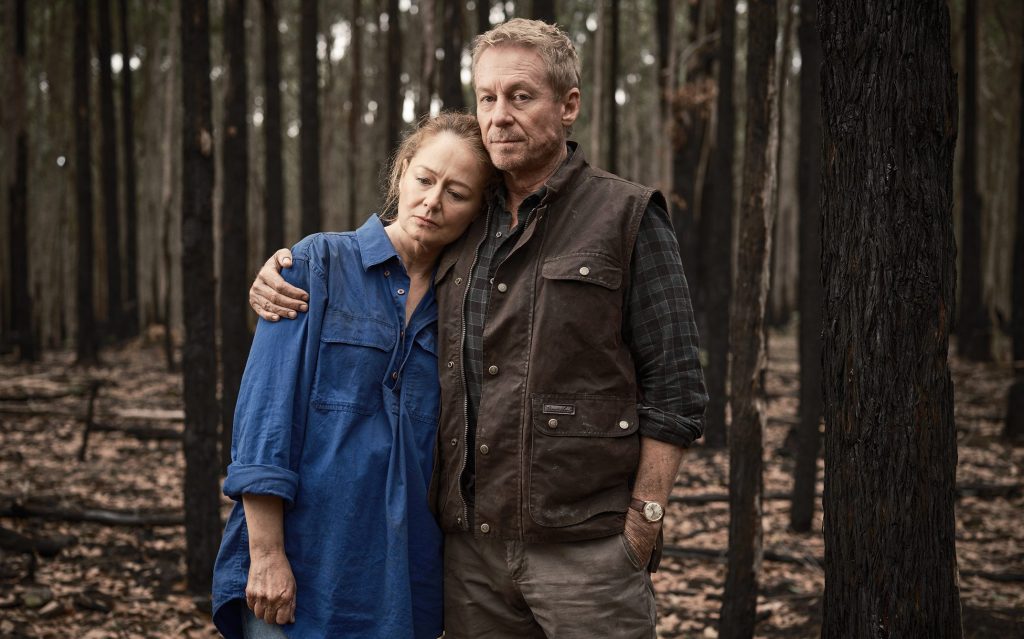 This year’s ABC drama offerings have been particularly strong. It’s worth giving a quick shout-out to three excellent dramas that have recently premiered on the national broadcaster. I’ve been enjoying the delayed gratification of weekly episode drops, together with iView binge options at the end of their seasons. These three are bound to be well represented in the upcoming AACTA Awards nominations.

The first episode of this anthology series (aired last Sunday) focused on young volunteer firefighters (Hunter Page-Lochard and Eliza Scanlen) who were caught in a terrifying firestorm.

This second episode is a quieter but no less dramatic affair, focusing on a married couple, dairy farmers Kath (Miranda Otto) and Duncan (Richard Roxburgh) who return to their farm in the aftermath of the fire. Their home has been destroyed, while nearby, their son’s house remains untouched. He’s still missing. Tensions flare with his girlfriend (Taylor Ferguson, in an excellent and nuanced performance) and rumours surface. Neighbours get involved and grief and blame threaten to tear the family and the community apart. Otto and Roxburgh (who’ve both starred together before as well as being a one-time real couple) play the wife and husband with complexity and absolute conviction.

Read: An interview with Tony Ayres on ‘Fires’ and talent-spotting

Based on true stories from the disastrous Australian bushfire season of 2019/2020, this series co-created by Tony Ayres and Belinda Chayko may be too close to home for those still traumatised, but the performances, production design and storytelling are all compelling. Not just smoke and shouting, this is some seriously good and nationally significant entertainment.

Created by and starring comedian Sarah Kendall, this Australian/UK co-production is a uniquely zany combination of comedy and drama. Set in Newcastle and London in the 80s, this second series follows Sammy/Simone (Kendall) after she flees the site of a murder and tries to recover her lost fortune. She’s a rare comedy creation, both monstrous and sympathetic, an unrestrained ego with just enough goodness and relatability to keep us on side.

As our reviewer Anthony Morris said in his glowing 4.5 star review:

‘Kendall is just one of a large and skilled ensemble (I haven’t even mentioned Kerry Armstrong as Sammy’s mum), but it’s her decision to give an actual comedic performance as the constantly flustered and desperate Sammy that holds Frayed together. She’s not above the dodgy antics of her peers, not is she a more typical bland audience identification figure. She gets in there and gets laughs; Australian dramedies could do with more like her.’

Set in a Melbourne newsroom over several momentous months in early 1986, the story follows young wannabe newsreader Dale Jennings (Sam Reid) and his romantic friendship with the troubled yet brilliant network star Helen Norville (Anna Torv). Covering historic events from the explosion of the Challenger space shuttle to Lindy Chamberlin’s release, the Russell Street bombings and the emerging AIDS crisis, the show takes its era seriously while allowing us the period pleasures of nostalgia. All episodes are sensitively directed by Emma Freeman. The tricky emerging chemistry between Torv and Reid is genuinely delightful, but the whole ensemble cast is brilliant, from William McInnes’s horrifying unreconstructed boss, to Stephen Peacocke’s sports reporter and Michelle Lim Davidson’s sweet but ambitious autocue operator.

As our Screenhub’s reviewer Mel Campbell wrote in her 4.5 star review:

‘…what separates The Newsreader from more broadly drawn Australian period-set miniseries such as Paper Giants are its nuanced characters and relationships. This isn’t a pantomime version of the recent past; nor does it lean on the truism that we’re more ‘evolved’ now. Instead, its terrific ensemble cast bring series creator Michael Lucas’s (Offspring, Rosehaven, Wentworth) intelligent story alive. These characters feel like real people with histories and hopes, who have to reconcile trust and loyalty with power and ambition.’