The AACTAs in viral times: some reflections with a touch of history

As the publicity caravan moves on, we can sense the longer term influences which shaped this year's AACTA results.
Mark Poole 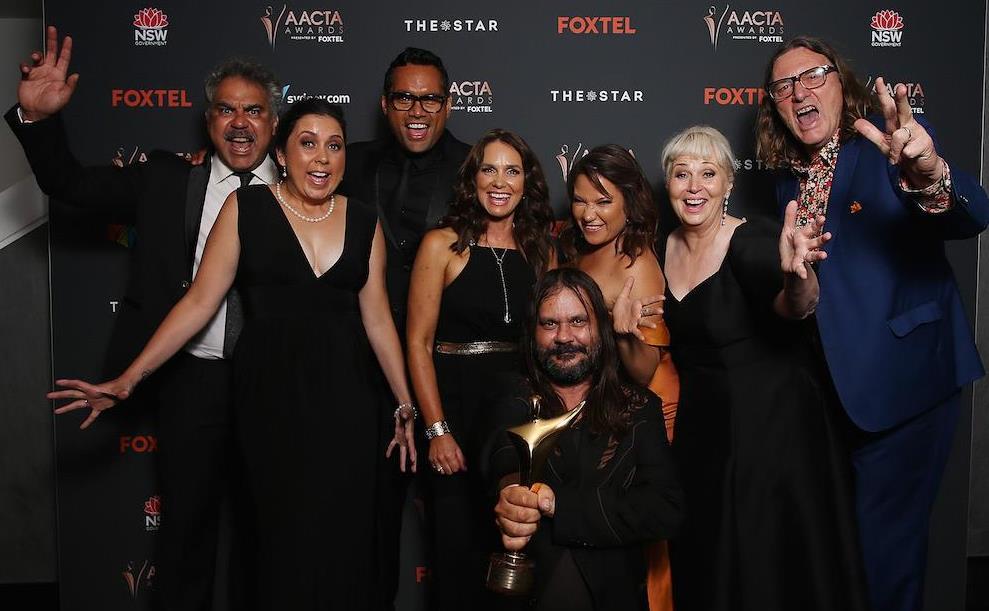 Despite the perils of COVID-19 the Australian Academy of Cinema and Television Arts celebrated its tenth year with a COVID influenced AACTA Awards ceremony (actually two sessions, a lunch for film awards and dinner for television).

The power and the passion

Whilst the social distancing rules and small capacity muted the events somewhat, it also enabled speeches to be as expansive as the winners chose, and that generated many heartfelt comments such as those from Elise McCredie and Fayssal Bazzi, both winners for the TV mini series Stateless. They made impassioned critiques of Australia’s treatment of refugees that would probably have been curtailed due to time constraints in normal circumstances.

As AFI AACTA CEO Damien Trewhella reminded us, this year’s AACTAs were dominated by diversity amongst the nominees and winners, with many gongs going to women and people from Indigenous backgrounds. This marks a huge shift within the industry from the situation only a few years back, when a protest by WIFT accused the AACTAs of being male dominated, and when Indigenous cast and crew were conspicuous by their absence. So it was great to see Mystery Road getting the Guernsey for Best TV Drama which two Indigenous directors in Wayne Blair and Warwick Thornton.

Russell Crowe gave a speech beamed in from ‘the bush’ that ushered in his role as President of AFI AACTA. Crowe said he looked forward to helping the screen sector reset its ambitions after COVID, using the analogy of the land regenerating growth after a searing bushfire. Crowe’s speech has been widely distributed and clearly he has the clout to advocate on behalf of the screen sector to government as negotiations about how to make streamers like Netflix contribute more to Australian production move forward. Nicole Kidman, AACTA’s brand new Vice President, was in Ireland and unable to be present. Kidman and Crowe have been supporters of AACTA and AFI over many years, and indeed it is arguable that without their interventions during critical moments the AACTA Awards would not have survived.

Beyond the media spotlight

Beyond the coverage of Babyteeth and Stateless which dominated the awards list, other notable winners in the evening event included Rebel Wilson in the Subscription TV Award for Best Presenter in LOL: Last One Laughing Australia, who gave a virtual victory speech and also presented an award. Shaun Micallef won for Best Comedy Entertainment program Mad As Hell (as distinct from Best Comedy, which went to Upright featuring Tim Minchin, and Best Entertainment which was won by Working Dog’s Have You Been Paying Attention. Best Online Entertainment went to The Norris Nuts, a bunch of Norris nuts who get millions of views per episode to the envy of free-to-air producers. And this year’s Byron Kennedy Award went to acclaimed director Jennifer Kent (The Babadook, The Nightingale).

You cant keep a good Grundy down

The win for Masterchef proved that the format transcended the cast with a brand new lineup. And there was a new award in honour of TV legend Reg Grundy, who was labeled the father of format TV. Grundy was famous for having scripts faxed to him from Australia to his residence in Bermuda where he lived in his later years. Grundy was also known for refusing to give up any part of the copyright in his shows. Steve Bedwell, Bryan Cockerill and Geraldine Coy were presented with the inaugural award comprising $50,000 in cash and development funding to develop their concept Seven Pups. Love in Lockdown won Best Online Drama or Comedy for Wayne Hope and Robyn Butler, and Bluey won Best Children’s Program.

As someone who has attended many AACTA Awards since its inception in 2011, went regularly to the AFI Awards before that, and wrote Shining a Light: 50 Years of the AFI with Lisa French, I have a sense of history about the event. There are some notable trends.

Given the government’s Green Paper calling for streamers to be made to support Australian production it was significant that several speakers alluded to declining audiences for free-to-air TV and the fact that online programs such as the Norris Nuts achieves audiences in the millions every episode, to the envy of television producers.

When AACTA was initiated in 2011 George Miller was quoted as suggesting ‘More than ever it’s critical that a national and international Australian screen community is nurtured.’ This year’s AACTAs seemed more national than international, with Babyteeth overshadowing The Invisible Man starring Elizabeth Moss and directed by Lee Whannon, both of whom have transcended global barriers. Stateless also seems firmly rooted within Australian shores in its focus on in the way Australia deals with refugees, essentially locking them up and throwing away the key, although the issue is international in scope and deserves to resonate with global audiences.

The awards were governed by COVID rules and that allowed for only a few hundred participants at the lunch and evening sessions, which is vastly different from normal times when 1200 industry people jostle for the canapés on the deck overlooking Darling Harbour. Host Tom Gleeson was initially refused entry at the afterparty since he had assumed that as host of the event he didn’t need to RSVP, but the young gatekeeper rigorously made everyone obey the COVID rules. Of course it didn’t help that the gatekeeper was in his twenties and doesn’t watch TV, so didn’t recognize Gleeson. Such are the times!

The AACTAs made much of celebrating ten years, all of them at the Star in Darling Harbour, supported by the NSW government. The awards seem to have become more populist over the decade and the way everyone and anyone can vote in all categories probably increases the tendency for a single film or TV program to dominate.

Of course the major achievement of the 2020 AACTAs was being able to challenge the perils of COVID and stage the ceremony after all. For the screen sector that has been in varying degrees of lockdown since March, the AACTAs offered a welcome glimmer of optimism and the hope that as President Russell Crowe suggested, the regrowth of the sector has already begun. At the moment it seems that Australia’s ability to eliminate the virus can stimulate production activity for both local and international players in the years to come.

AACTA’s Best of the Decade: Australia Decides, a reimagined broadcast celebrating a decade of Australian screen and highlights from the 2020 AACTA Awards presented by Foxtel Ceremony will be encored on Foxtel Arts, Sunday 6 December at 9.30pm AEDT.

Mark Poole is a Melbourne writer and film director.