Making a living is tough for creatives, but residuals can be a long term income source. Now the streaming companies want to kill the whole idea.
David Tiley 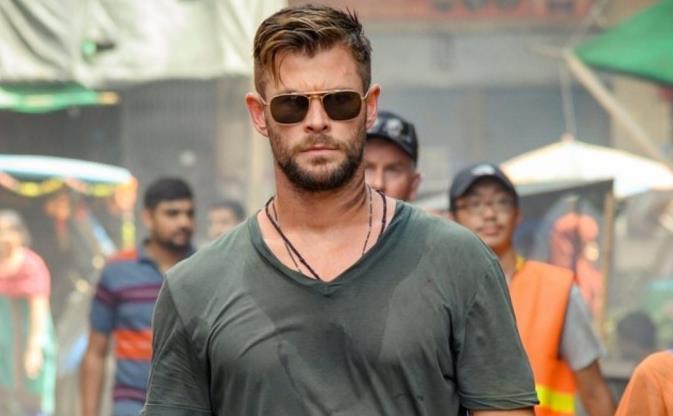 Hemsworth does well out of international Netflix productions. Not so creatives on Australian Netflix shows. Image: Netflix

For Australian screen creatives, the rise of the streaming companies comes with a nasty downside – the concept of residuals is under attack.

The streaming companies are doing deals with producers in which all the subsidiary rights are bought out so the global companies don’t have to pay residuals any more. They want to take world-wide rights in perpetuity.

Right now, the Australian Writers’ Guild (AWG) is working through the implications of this push. If it  succeeds, said the Guild in an email, ‘writers will be losing out on potentially a huge source of income.’

They want to take world-wide rights in perpetuity.

What is a residual?

Residuals are payments to writers, directors, and actors when a production is re-used beyond the initial contract. The music and publishing industries refer to royalties, but they are pretty similar.

A broadcaster, for instance, will license a series for several screenings over a set period. If they want more, they pay more, and the creatives get a share of this. This chain gets very complicated as it covers franchises, sequels and remake rights, along with secondary sales to different broadcasters and secondary rights to digital distribution, clips, cut-downs, soft toys, games, etc.

The payments to screenwriters are driven by contracts – often 50 pages in Australia, with an extra 100 if the Americans are involved. As a for-instance, there are separate terms for the sale of a film to an airline which flies on international routes.

The basics are negotiated between Screen Producers Australia, the Australian Writers’ Guild, the Australian Directors Guild and the Media Entertainment and Arts Alliance.  The creatives want to maximise income and the producers want to minimise budgets.

This has a brutal edge in Australia because budgets are generally tight. By International standards writers end up working on too many things at the same time too fast. Meanwhile, powerful broadcasters push for cheaper shows and the sector tries to preserve a price advantage in attracting overseas productions.

Screen Producers Australia finds itself in the invidious position of trying to secure a standardised contract with the AWG which takes Into account a take-it-or-leave-it position from the streamers. The realpolitik means that SPA is effectively enabling the streamers.

Neither party wants this to happen, even though there are other contentious issues which keep the two bodies working together in defence of the industry and grinding through their industrial differences.

Around the world, the streaming companies must comply with local laws about creative contracts, which means the Europeans and the British get a better deal.

Here the situation is tougher because we have a smaller domestic market so a local production appeals to less people. We are very used to the notion that a piece of entertainment with a total of two million viewers over several screenings plus catch-up is not worth a huge amount of money so creators won’t get rich.

If Australian producers have accepted a simple payout, they are not rewarded for risk, and they don’t get a reward for success. And neither does anyone else.

What happens if the show goes international? If Australian producers have accepted a simple payout, they are not rewarded for risk, and they don’t get a reward for success. And neither does anyone else. So our negotiators may not be a big deal to a streaming company but a successful arrangement can be worth a lot of money.

The streaming companies are able to claim that there is no subsequent transaction. What is more, they keep the audience figures a secret. On what basis are the guilds and collection agencies expected to calculate their cut of these nonexistent transactions? Heh.

This is the part of this story which raises the spectre of major change. There is no doubt that the rights landscape is changing in the digital world; we will soon be calculating the value of virtual actors based on real figures, for instance.

In the United States, royalties and residuals agreements can add up to hundreds of millions of dollars across a sector. The unions are powerful, and backed by agents who also stand to earn their cut from the secondary rights. So the Writers Guild of America has cut a deal with the streaming companies which Screenhub understands involves payments after a title has been in the catalog for standard periods of time, and is also linked to the number of subscribers.

What is more, the standard deals in the US are not international because the domestic market is so large. The streaming companies will accept that global rights are a second deal and pay out accordingly.

The Media Entertainment and Arts Alliance contract with SPA was signed three years ago, so the actors are protected from the full force of the streaming demands. That is tangled up with complications to do with the relationship between US and Australian contract terms anyway.

But everyone else may see the notion of residuals on international productions disappear.