Netflix and HBO reveal surprising data in time of chaos

Netflix and Warner Media are trying to harness globalism, and discovering it is harder than they thought. Can Australian producers gain from the new rules?
David Tiley 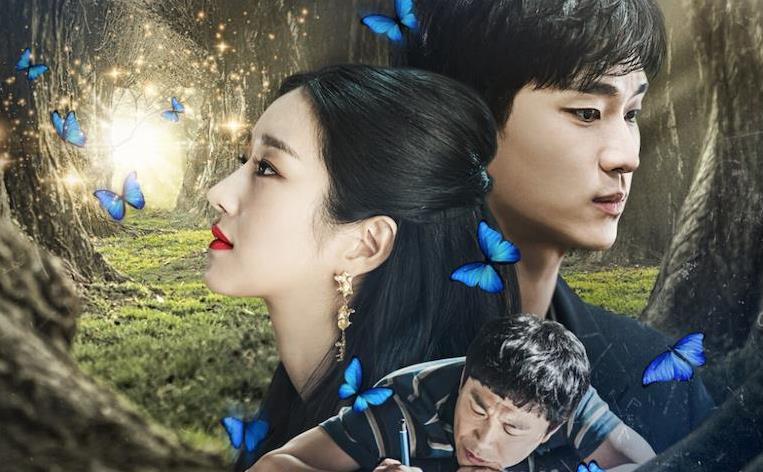 In five years, Netflix spent over one billion dollars on Korean dramas like It’s Okay to be Not Okay. Image: Town and Country.

Streaming companies are good at soothing producers and governments with cliches about wanting to do business locally and providing a doorway to the world. But they are just stroking cats unless they produce hard facts.

Jay Roewe, Senior Vice President of Productions and Incentives, HBO led off with an extraordinary figure about the international growth of streaming or over-the-top (OTT) services. ‘Worldwide OTT users in 2012 stood at 46 million. This number is expected to grow to over 650 million by the end of this year,’ he said.

‘This may be a surprising statistic. While 15 countries drive over 90% of all global content expenditure, the bulk of primetime viewing outside of North America is dominated by local homegrown content. In other words, viewers crave content that is culturally familiar and relatable, and they’re willing to pay for it.’

This drives the commissioning for the various HBO brands around the world. ‘We strive to have as many of these originals as possible written, produced and directed by local content creators. Many are jointly produced and star local actors and talent.’

He came slightly unstuck when he quoted The Bachelor and The Masked Singer as examples; they are Warner formats versioned here for linear television. But Warner Bros Entertainment is behind Cartoon Network, which is behind the Australian Monster Beach, which is the kind of deal that producers crave as illustrated by the promo clip.

He claims that Warner deals are an opportunity to find international audiences, but with a catch.

‘My colleague Casey Bloys, Chief Content Officer of HBO and HBO Max said in December last year, that we are striving to ensure that all of our international productions eventually live on HBO Max. Through better coordination with all our region-specific programming, we will be able to highlight anything that we are developing that has real cross border appeal.’

That suggests the program choices for HBO Originals begin with appeal to the local market while the global audience is a secondary consideration. But the size of the Australian market and the common use of English suggests the demand would be pretty tempting.

Netflix is good at turning up to local conferences, with a list of specific shows they are involved in. Here, for instance, is the last summary before COVID arrived. The company also has an Australian office with Que Minh Luu, the Director of Content for Netflix ANZ.

Read more: What does Netflix want from documentary makers?

Here they offered Sophia Mavros, the Senior Researcher, Consumer Insights, Asia Pacific, who implied that Netflix is well ahead in the local content stakes.

‘When Netflix launched Netflix Everywhere five years ago, we invested in thousands of Netflix local originals, most of which have been commissioned by local content executives that deeply understand the language and the culture of the market.

‘Between the years of 2015 to 2020, our investment in Korean content reached 700 million US dollars with more than 80 shows that have been made in Korea, but watched by audiences around the world.’

The impact of the pandemic was extraordinary.

Japanese manga-based series Alice in Borderland has ‘been streamed by over 18 million households worldwide. It’s the top 10 title in 40 countries, including Thailand, Hong Kong, Germany, and Italy.’

‘Dark is a mysterious drama series that comes from Germany, but interestingly enough, 90% of viewing came from outside of Germany. La Casa De Papel or Money Heist season 3, racked up 65 million views around the world.’

Turkish television series have a huge international imprint – for every viewer inside Turkey, there are three around the world. That figures climbs to nine out of every ten for Israel.

This is very important for Australian producers. The master business of Netflix is no longer just a gateway to the North American market. Instead, it creates a web of possible relationships which don’t have to pass through an English language territory at all. A US multinational which craves simplicity has turned into a truly global web with all the complexities of language, law, marketing and religion that implies.

The discussion passed to Tracey Robertson, the co-creator and CEO of Hoodlum Entertainment, and Alistair McKinnon, the Managing Director of Matchbox Pictures, both of whom are very active globally. Convener Paul Muller, the CEO of the Australia New Zealand Screen Association (ANZSA) put them both on the spot.

Can Australia produce an international hit? And how close is that moment?

Yes, said Robertson. ‘I do think that we can produce a breakout hit like that. And I think we’re on the brink of, if not, we…absolutely. Timing is very good right now for us.’

McKinnon agreed. ‘I think, of course, we can, and I think it’s very close indeed. Certainly it is for us as a company. So I’m sure there are others that are, you know, inching forward as well.’

But the fact that this is an English-speaking territory turns out to be a barrier.

‘So you’re always looking for other elements like the star actor, the star director, the writer, people that have got currency overseas. If it’s going to be Australian, you really need to have people that speak to an American market, you know, actors that have had success over there.’

Robertson also argues that one breakthrough hit could change the rules.

‘In the same way that about 7 years ago UK drama was not very valuable in the global marketplace, very hard to sell on American TV. And then the show that changed that was Broadchurch.’

The show was reversioned for America, but US audience preferred the UK version. ‘And it was that show that started to change things and allow people to look at UK content. Now UK content is selling better in a global marketplace than any other content.’

Here is a trailer for the US audience. The language makes very few concessions.

Here is a list of the top 10 Most Watched English language Netflix Originals, for which a view is defined as ‘over two minutes of the story.’

The same source provides the top ten non-English speaking titles, all from Europe. It starts with Lupin, which is recorded as 70 million views, though Sophie Mavros used a figure of 17 million households. This seems to mean that the top non-English content is almost as successful as the tenth English language title. For which we can basically read the US.

As of the last quarter of 2020, Netflix had 203.66 million members around the world. 74 million are in North America; 66.7 million in Europe and the Middle East; Latin American is 37.5 million; and the Asia-Pacific is 25.5 million. The biggest single block is in North America but it is very outnumbered by aggregating audiences from other regions. It is not difficult for a title to do very well without the US or the English language.

In other words, our major series can do well with a European rather than an American model.

These figures reflect the American and Eurocentric approach of the major streaming companies. However, HBO first entered the South-East Asian market as cable suppliers, and began commissioning local content in 2012, which led to the ABC-HBO co-production Serangoon Road. Netflix was subsidised by the Malaysian government to shoot Marco Polo in the Pinewood Iskandar studio in 2014. So both HBO and Netflix have been pushing into those markets using local productions.

However, they were not up against wounded local television providers like the Australian free-to-air networks. Instead the market was quickly occupied by local and inter-Asian streaming companies tuned to their own cultures, production methods, cost structures and languages, as described in a Conversation article from March 2020. And we are not even talking about the enormous mediascape in China, and an Indian market which is under pressure from censorship.