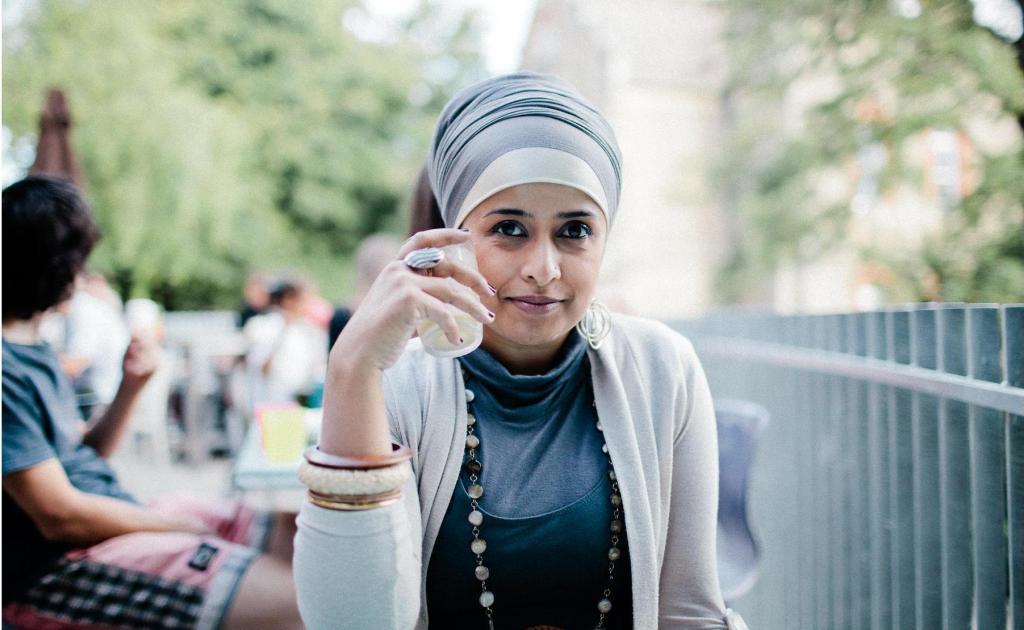 ‘Once again, the frustrations of the privileged appeared to inform the debate on media scrutiny,’ says Tasneem Chopra, pictured.

In case you missed it, besides COVID19 and the US election, 2020 brought us the most signed petition in Australian history with a total of 501,876 signatories at its close on November 4. This petition, calling for a Royal Commission to ensure a strong and diverse Australian News Media, sounded fair – if not aspirational. Heck, I even signed it hoping for a miracle. Surely, this is a cause we can call agree upon. If nothing else, the optics of calling to account Rupert Murdoch’s seemingly untouchable media empire smacks of a delicious vindication of the little man against the big man.

And therein lies the problem; all these men and their agendas appeared to lack actual diversity themselves. Without diminishing the intentions of this ‘petition that stopped a nation’, I found it impossible to ignore one fact: that the key actors at play on both sides of the divide are influential white males with every conceivable privilege, political influence and network at their disposal, with one side proclaiming their absolute disgust that a single institution could wield such an overreach of power in the public domain. So much irony.

To be honest, as a woman of colour, a Muslim and a migrant to this country, my reaction upon hearing these laments of the perturbed privileged was, ‘Here, hold my chai’.

The premise for the petition was that democracy requires a diversity of media sources in order to present more nuanced and credible sources of information for the masses, representative of pluralistic views. The calibre of national discourse on all issues from climate change and migration to economics and the arts, demands a balanced and inclusive perspective and yet, in an astonishing failure to read the room, Australian media writ large, continues to ignore the breadth of deeper diversity in its representation. This petition, instigated by former Prime Minister Kevin Rudd, called for a Royal Commission into the Murdoch Media’s monopoly via News Corp which is considered to be running an agenda that favours conservative governments locally and internationally, and is estimated to own of 70% of print readership in this country alone, in addition to presence in free to air and paid television channels.

Though the concern about the hyper-partisanship of a media empire destroying democracy galvanized more than 500,000 signatories, this angst failed to articulate in its reasons the abject lack of cultural diversity as a key function of the empire’s arsenal. Once again, the frustrations of the privileged appeared to inform the debate on media scrutiny, arguing political neutrality was imperilled, without addressing broader systemic issues of bias that plague media leadership, content and execution.

And while a petition that calls for government intervention via a Royal Commission is arguably an overreach of political power, it does speak to the capacity of politicians to be aggrieved by media enough to also possess recourse to levers that demand action in definitive ways. The privilege of those instigating this petition is amplified by the sheer absence of those without privilege on the ticket. Indeed, minorities could never aspire to make such demands for lack of platform, power or profile and the irony of this is not lost on those who appreciate that a diverse media means more than who holds political clout.

When concern for media bias and scrupulousness only extends as far as your political reach, the argument of the greater good is rendered moot. Any shake-up needs to go further than changing which men run the headlines. A call to end the monopolistic reign of a single empire is not enough.

Any shake-up needs to go further than changing which men run the headlines. As it stands, the call to diversify the monopolistic reign of a single empire does not go far enough; more can and should be done to achieve actual diversity in media. ‘

Depictions of minorities in media have too often comprised of either misrepresentations or erasure. A case in point was evidenced in the racism exhibited towards migrant communities within tabloid media coverage during the COVID19 spread this year. An agenda of fear-mongering via race-baiting by media outlets and pundits sought to exploit the spread of a pandemic through a cultural lens when outbreaks centred on metropolitan regions with high ethnic populations.

In contrast, a similar analysis of Anglo Celtic passengers from the Ruby Princess, or of crowds amassing at Melbourne’s St Kilda Beach failed to attract the ire of commentators, who never attributed race as a factor to the cluster spreads there.  Indeed, even when isolated cases of individuals in breach of lockdown restrictions occurred, it was the names and faces of women of colour that received front page coverage and racial profiling that was as overt as it was offensive.

A recent report issued by Media Diversity Australia, Who Gets To Tell Australian Stories?  revealed the extent to which the absence of diversity in media is measurable. It came as no surprise to POC in this country to bear witness to a suite of data showing that ‘Australian news and current affairs fails to mirror and include the diversity of our population in the stories they tell. Culturally diverse voices remain silent, faces remain hidden, names are from a limited roll call, accents are neglected’ (Dimitria Groutsis).

So why isn’t this metric informing outrage from leaders and being petitioned? The obvious response to this lies with its irrelevance to their lives, but more pointedly, it speaks to the siloed understanding of how democracy in media manifests. The fact that no mention in the petition demanded this overreach of cultural bias within media operations be rectified so that it mirrors the intersectional breadth of this population should concern us all.

More than ever, we have witnessed a correlation between the manner in which minorities are treated in the public realm through politics, media and business and the absence of intersectional actors assuming a place at the table where decisions are made that inform debate and outcomes of content and presentation. This matters because representation matters. And diversity needs to begin from the top where news stations are run, stories are chosen, angles are curated and reports delivered. At every juncture there is scope to be inclusive so that our media can depict the stories we need to hear.

If we are going to have a serious conversation about shaking up the media landscape, this requires we change who is on our screens, behind our screens, in leadership and developing content in print and online. These roles must be inclusive of Australia’s culturally and linguistic diverse talent pipeline that exists in droves and simply lacks opportunity to thrive. It’s time we petitioned for a diversity revolution that should be televised.

A Cross-cultural Consultant, Tasneem addresses issues of diversity, equity and inclusion across organisational leadership, including intersectionality within government, corporate and community sectors. For her efforts in cultural competence and community engagement she was acknowledged with an OAM (Order of Australia Medal) in 2020. This follows her being named an Anti-Racism Champion by the Australian Human Rights Commission in 2019. In addition to her Consultancy, Tasneem is a Director for The Australian Centre for the Moving Image (ACMI), Fire Rescue Victoria SAB, The Crescent Institute, the South Asian Australian’s Researching Ideas (SAARI) and an advisor to InTouch Multicultural Centre Against Family Violence and the La Trobe University School of Humanities. She has also enjoyed governance affiliations with Ambulance Victoria, the Luke Batty Foundation, NOW Australia, the Australian Muslim Women’s Centre for Human Rights and Lentil As Anything.  A TEDxMelbourne presenter, Tasneem has featured on BBC World, Al Jazeera and ABC’sQ&A, The Drum and Radio Melbourne where she is a regular panellist and sought after commentator. She is a published author and has also written for The Guardian, SBS Voices& The Age as well as several academic publications. As an international festival and conference presenter, Tasneem’s most recent appearances include: the IABC World Conference (Bahrain), the Bradford Literature Festival, (UK) and The Concordia Forum, (Canada).