David Gulpilil – saying what can be said

David Gulpilil is one of Australia's great actors. Here is an extract from his biography written by Derek Rielly.
ScreenHub 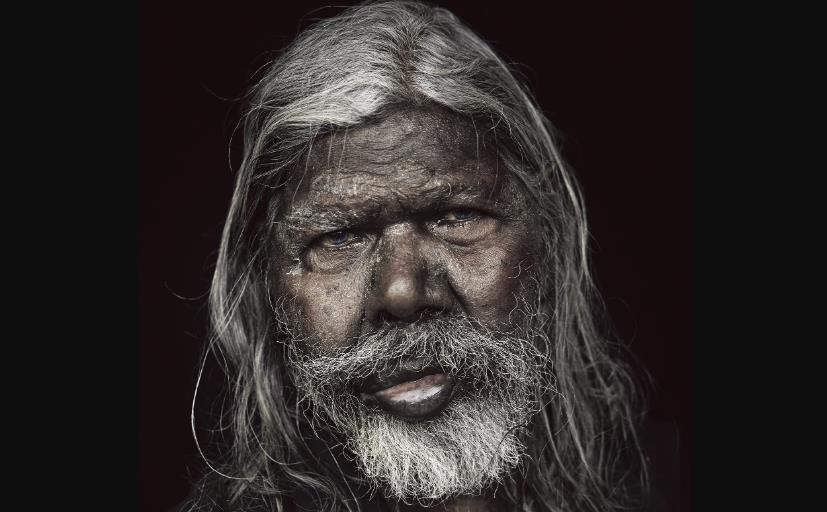 David Gulpilil from the cover of the book.

The figure of David Gulpilil haunts and ignites the Australian cinema. We remember him in his first role as a young dancer making the infinite visible in Walkabout. He allows us to see his patient inner fire and fury in Tracker. We cannot possibly forget his face as, imprisoned, he is shaved to the skull in Charlie’s Country, kin to Lear but rising again from his own depths.

Derek Rielly is a journalist and biographer with a special interest in sport, whose story of David Gulpilil is really a record of a series of encounters with other people who had the wisdom to see some aspects of Gulpilil’s genius.

Rielly began his own encounter with Gulpilil in South Australia, far from Yolngu Country in the fecund tropics. David Gulpilil had come south to be treated for his cancer, and for friendship with his carer, Mary Hood, who lives in Ngarrindjeri Country near the wind-cold river flats where the Murray River meets the sea.

This extract records the end of the discussion between the three of them, which opened the door to David Gulpilil for a knockabout journo with a flair for interviews.

Back in the front room, I ask to take photos.

Mary and David sitting alongside each other in their lounge chairs. A close-up of the famous face. Of those emu-like fingers with the fine gold fingernails.

We discuss the idea of a book, something, surprisingly, that has never come, despite Gulpilil’s body of work. Mary tells me he has Fridays and Saturdays free. On Wednesdays, she drives him into Adelaide for immunotherapy treatment.

This is Mary’s cue to ask Gulpilil about the book, about me. My visit is to see if we fit. To see if Gulpilil is comfortable with this white fella coming in to tell his story.

‘What do you think, Old Man? Do you like Derek? Do you want to do this book?’

(Mary will pull me aside afterwards and explain, ‘By the way, I’m not being rude calling him Old Man. It’s like calling you sir or gentleman. I have to explain because some people think I’m being rude.’)

‘Yeah, I want to do a book,’ he says with difficulty, his lower lip distended from the cancer treatment.

I tell him I want to find out what it was like being a little boy in Arnhem Land in the nineteen-fifties, his piece of the earth called Marwuyu Gulparil that is still an hour-and-a-half by four-wheel drive and boat from already remote Ramingining.

I want to know about his mother. His father. His mob. About vacationing with Dennis Hopper at his New Mexico ranch after they became fast pals on Mad Dog Morgan, learning the mechanics of acting boozed courtesy of Walkabout’s John Meillon, his dinner with Bruce Lee in Rome, partying with Jimi Hendrix and Bob Marley, about satisfying his hunger by killing one of the Queen’s ducks at Buckingham Palace.

It’s a very good story and came from a decent source. Is it true?

‘Yeah, yeah,’ he smiles in a manner that neither confirms nor denies the charge.

It isn’t impossible. Gulpilil’s killings of a kangaroo and a goanna by spear and stick in Walkabout were so clean, so quick and painless, they didn’t contravene the Cinematograph Films (Animals) Act 1937, which makes it illegal to ‘distribute or exhibit material where the production involved inflicting pain or terror on an animal’.

Gulpilil likes his memories of meeting the Queen in 1971.

Gulpilil smacks his lips and picks at the skin on his fingers, which is peeling off because of the dryness of the air this far south.

He shows me a rock from Arnhem Land, a gift from Rolf de Heer during the filming of Charlie’s Country.

‘That’s where I was born. Come from my country. A king brown snake.’

‘There’s a difference between the movie star and the man,’ says Mary.

This is a beautiful, enigmatic work, as it should be. Gulpilil by Derek Rielly is available in bookshops or from the Pan Macmillan website. The ebook is $16.99, the hardback is $29.99 and the audiobook is $35.00. It is an elegant book with lovely photographs from Richard Freeman, so you might want it as a physical treasure.