Our critic abroad reflects on the films that linger in memory from 2019.
Adrian Martin 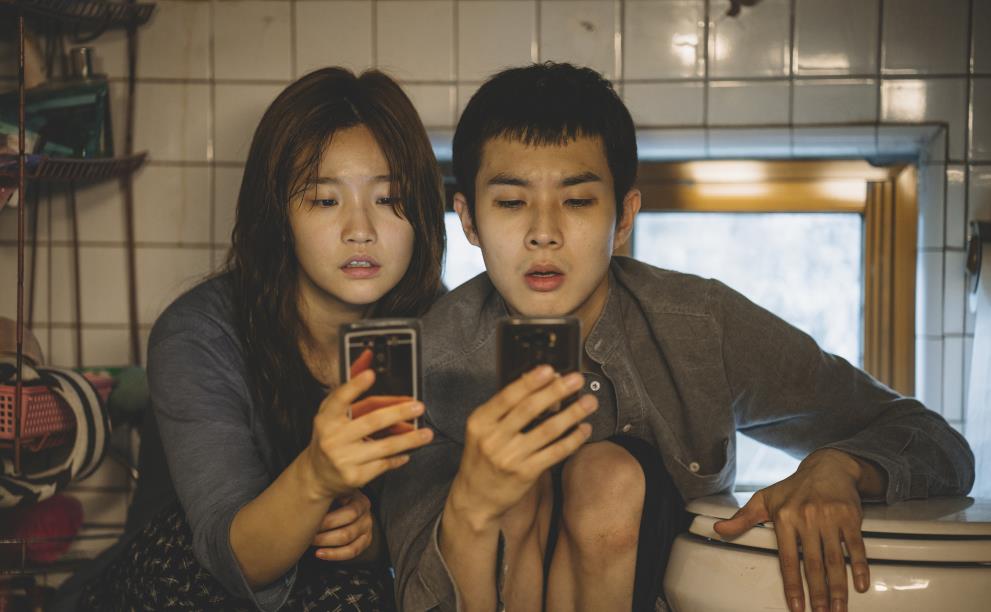 Despite fitful attempts by distributors in Australia during the 21st century to open the floodgates to the vast array of Asian films, it still tends to be a matter of niche “disaporic” markets for the popular genres, and an occasional “breakout” title on the general arthouse circuit. But it’s precisely those breakouts which hit the top of my annual survey for Screenhub in 2019, and both, as it happens, hail from South Korea: Bong Joon-ho’s dazzling Parasite and Lee Chang-dong’s haunting Burning.

Where Lee sticks with a recognisable set of strategies associated with so-called art cinema internationally – elliptical plotting, enigmatic character psychology, buried social allegory – Bong places himself more firmly in the camp of the visceral, direct, well-told story. But his ambitions are writ large: there’s nothing hidden or mysterious about his allegory of stark class divisions in Parasite. To pack a punch on that level, Bong utilises every resource he has picked up from past cinema, everything from Akira Kurosawa to Brian De Palma – the design of the shots and the sets, the movement from space to space, the agonisingly ironic counterpoint of the soundtrack, the sometimes deliberately cartoon-like performance of the actors, all are masterful.

Women as masters of the medium

When critics start evoking cinematic “mastery”, they sometimes bring forth charges of implicit misogyny. But women, too, are masters of this medium, as two Claire Denis films – Let the Sunshine In from 2017 and her more recent High Life– and Joanna Hogg’s The Souvenir remind us. Denis likes to disconcert even her most fervent fans by swerving from one type of film to another without warning: an intimate comedy of sexual manners centred on a great performance by Juliette Binoche, followed by an unclassifiable outer space odyssey (this time Binoche has a smaller but no less memorable role) that touches on truly transgressive themes. Where she leads, we will follow …

I have not been entirely persuaded by Hogg’s earlier work (such as Exhibition, 2013) but The Souvenir bowled me over. The first volley of an autobiography (part two is well on the way already), it returns us to the days at film school for Julie (Honor Swinton Byrne) – and nights with her charming but inscrutable chap (Tom Burke), who harbours some dark habits. It is in the small behavioural details – Tilda Swinton (mother of Honor) is an absolute delight – and in the precise modulations of shifting mood that The Souvenir clinches its sure grasp on the material.

Back to the beginning of the year

In any poll or listing – of a year, a decade or a century – it’s always the beginning of the delimited period which invariably gets unfairly overlooked, because it is seemingly already shrouded in spectators’ amnesia. Who remembers, for instance, Vox Lux, released so long ago in February, among the year’s highlights? Or the nominal sports documentary, John McEnroe: In the Realm of Perfection? Both were bold and unique: Brady Corbet’s slightly futuristic pop-rock musical starring Natalie Portman was a withering, unapologetically intellectual dissection of our “society of spectacle”, while Julien Faraut’s excavation of an amazing audiovisual archive devoted to the tennis star shaped its fragments into an indelible experience.

Cinephiles found some of their favourite – or perhaps former favourite – auteurs on a welcome “return to form”, as the hucksters love to say, as if cinema were a damn horse race. I confess that, some years back, I effectively “checked out” – at least on the level of an intense, emotional investment – from the directorial work of Clint Eastwood, Martin Scorsese and Quentin Tarantino. It’s hard to believe after the amateurish nadir of The 15:17 to Paris (2017), but Eastwood pulled his best talents together again in The Mule, a whimsical crime story with an unexpectedly heartfelt kick. In Once Upon a Time … in Hollywood, Tarantino made his best and most assured film since Death Proof (2005), meanwhile providing ample fodder for every social media-driven “hot take” on movies and gender, movies and history, movies and violence, movies and fantasy …

Scorsese delivered one relatively small film (Rolling Thunder Revue: A Bob Dylan Story) and one extravagantly over-priced epic, The Irishman. Perhaps it is a surprise even to the director himself to be currently the centre of a few other social-media storms: about the rise of Netflix, about the role of digital effects in contemporary production (allowing the de-ageing of his stars), and about the role of superhero movies in our culture. As a result, The Irishman, like the reconstituted “lost” Orson Welles film The Other Side of the Wind released on Netflix this time last year, is for now still a bit of a UFO – stranded between media formats and platforms, between classical and modern filmmaking styles, between movies with “three dimensional characters” and those with possibly less dimensions but more evident thrills. I’ll be watching it again.

Living in Spain, it is not easy for me to keep the tabs on Australian cinema that I once did. I admired Selina Miles’ splendid, vivid documentary Martha: A Picture Story, and Ben Hackworth’s delicate drama starring Radha Mitchell, Celeste. I did not much admire the grunge-y artist biopic Acute Misfortune or the muddled genre piece Locusts. Television gave us Rosie Jones’ chilling doco series The Cult of the Family and, in the realm of “social issue” drama, the sometimes clunky but involving The Hunting. The most enterprising local ventures tended to be (through no desire or fault of their own!) on the down-low, at least in terms of mass media attention: the online Prototype anthology of short video pieces assembled by Lauren Carroll Harris; and the regular “Unknown Pleasures” screenings in Melbourne of independent Australian work, present and past, curated by Chris Luscri and Bill Mousoulis.

There were other notable cinema releases in 2019. Christian Petzold’s Transit, adapted from Anna Seghers’ 1944 novel, brought a steely eye to the political issues of identity, exile, refugees and border crossing. Pedro Almodóvar’s Pain and Glory was a skilful and affecting piece of self-mythologising, giving Antonio Banderas one of his best ever roles. Olivia Wilde’s directorial debut Booksmart was the kind of raucous teen-girl movie seemingly made just for me, and I duly loved it; the same goes for a more modest feature debut, Crystal Moselle’s Skate Kitchen. Dolemite Is My Name, a biopic featuring Eddie Murphy as Rudy Ray Moore, was an absolute, high-energy blast. You may not have to be a diehard Leonard Cohen fan to appreciate Nick Broomfield’s intimate portrait, Marianne & Leonard: Words of Love – but it probably helps. It was a refreshing change from Broomfield’s usual, sensationalist documentary mode, when he shoves himself into the lives of hookers or serial killers.

In the realm of horrific thrills, I remain rather sceptical about the touted greatness of Ari Aster (Midsommar), Peter Strickland (In Fabric) and Jordan Peele (Us), but enjoyed the random pleasures of Jim Jarmusch’s The Dead Don’t Die, Johannes Roberts’ 47 Meters Down: Uncaged and (on TV) Nicolas Winding Refn’s excruciating but queasily unforgettable series, Too Old to Die Young.

Adrian Martin’s Best 10 Films of 2019 (as theatrically released in Australia):