What is the future of Australian screen exhibition? Hmmmm…

Kirk Edwards, CEO of Village Cinemas, lays out some key ways in which the industry will evolve after COVID-19, with the help of a certain magpie.
David Tiley 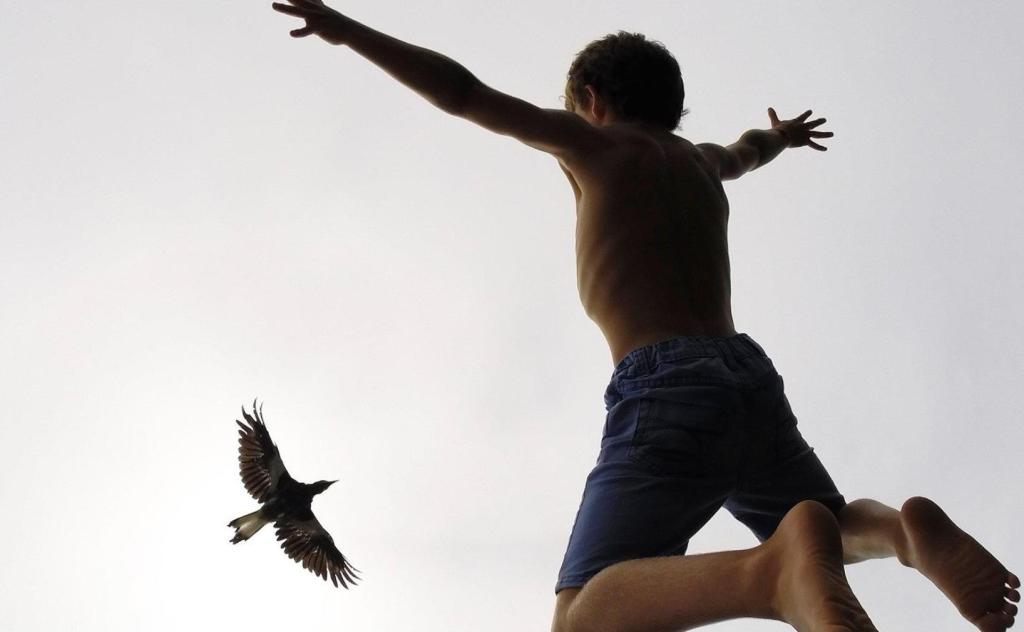 Right now, Penguin Bloom is a lovely book of text and photographs. This Christmas, the story will do its part to save our delapidated souls in the cinemas. Image: Psychologies.co.uk

Kirk Edwards, who runs Village Cinemas, is sitting at the top of an industry which is the most powerful social experience in the country. Eighty five million tickets are sold every year in Australia, which boils down to 6.5 per person.

The future of cinema

Edwards is confident about the future of cinema. Cinema owners in major shopping malls are now seeing attendances back to within 5% of previous years, though the strip malls and the CBD are still suffering grievously. With 90% casual employment, the Victorian industry is seeing 6000 young people unemployed.

Meanwhile, the smaller multiplexes and indies are having a very difficult time. Their future depends on their landlords, available capital, relationships with banks and pure stubbornness. Their true capital is their relationship with local communities.

But Village as a public company borrowed $100m to get through Covid at the beginning, and that amount will see it through. Even though audiences will come back, Village will delay its latest round of refurbishments for several years; that is important because the local mainstream cinema sector provides some of the most comfortable experiences in the world.

‘The first luxury cinemas in the world were invented where I come from, Gold Crown in 1997,’ said Edwards.  ‘When we rolled those out in different territories around the world, people said this would not work, people would not pay for it, the screens are too small, etc, etc, etc.

‘But what we also understand is that sometimes people just want to sit with 10 people, sometimes they want to sit with 20, sometimes, especially with comedy, with a couple of hundred people. So depending on what type of experience you’re looking for, we have been able to put in six different concepts.’

Everything is on offer, from beanbags with kids, to food, and to a massive screen with big sound in BMX. If any sector can fight back, it is the Australians.

Edwards allows himself a certain amount of schadenfreude. ‘I’m very lucky that my my job takes me around the world to look at different things,’ he said.

‘I’ve probably seen cinemas in most countries. The American cinemas, without being rude to Americans, are probably the worst. I would say we are the best to second best as the Koreans invest heavily on technology in cinemas and do some very, very clever stuff.

‘To give you an idea, we spend a considerable amount of money on training our staff, and that is one of the things in which we take pride.’

The role of streaming

Even though the movie industry is defining itself clearly as a peak social experience, we have seen an enormous pivot to streaming.

We are now seeing new twists in the fight over holdback and the relative cost of the two viewing experiences. Until now, the studios have refused to stream until the maximum profit has been extracted from the cinema. But the studios ultimately have no loyalty to cinemas – they just want a return on investment. Indeed, Disney is a cinema, cable and a streaming company.

‘Take Mulan, for example. Disney is the biggest entertainment company in the world but even they have financial constraints. They have bills as well. Paramount and Sony have all see their head offices take a big hit, and they need cash flow.  We see home entertainment, which is streaming, as a big part of the future, but you will never see a Hobbit, a Marvel film or a DC film released on the small screen.’

Edwards continued: ‘These are only my views. But I do speak to a lot of people in America and the conversations go like this: “Yes, the tentpoles will always be the mainstay of the theatrical business. But there are also a lot of smaller titles.”’

The smaller market is not going away. But, he says, ugly things are happening to costs at this scale. ‘Let’s take a Sony or a Universal or Fox. They go to a film market and get access to a script.’

In other words, they are buying in before production.

These days, returns outside the US make or break movies. ‘How will this perform in the different territories around the globe? And depending on what the country managers say, they walk away from those scripts. A lot of them are going to Netflix and Amazon because they have the budget to do that.’

They also don’t have to put down the cash to advertise a film, which can be up to $100m in the US context. But they are now finding out they have to cut through the clutter of competing films on broadband. Remember, eight years ago there were 400 films released each year in Australia; in 2019 that number passed 1000.

The logic of co-existence

‘So we will find ourselves in the pretty near future sitting around the table with distributors, both independent and international, and finding a future where we can all co-exist. Cinema gives the film a marketing window. We all have tremendous numbers of fans and we bring awareness to the titles.’

It looks exactly like the old relationship between first release and ancillaries. But the ancillary companies are now titans, for whom the exhibition market is a key solution.

However, said Edwards, the relationship between exhibitors and distributors remains fraught. ‘With smaller titles, everything comes down to the bottom line. We will hear that distributors need to get a return, to pay off their film and buy another one. And they only have X amount to promote the title.

‘Sometimes I am hearing from distributors that they have paid $3-4million on a title. If everyone paid that for the rights to smaller films, we just don’t have those budgets.’

Too much money is being bet on too small a market. But, these films will still make cinema patrons happy and the streaming companies want them to get attention.

‘Over the last 10-15 years, the cinemas themselves have been able to build massive digital databases and loyalty fan clubs.

‘In the future cinemas will become once again the marketing machines for the titles to give it the opportunity and awareness. There’s a lot of films that failed because people are stuck in their positions. And I think that needs to change for everybody, both from the exhibition world and the distribution world.’

Edwards is speaking from viewpoint of a large corporation which is both a distributor and an exhibitor. And a producer. The impact on the indy cinemas and distributors will also have to be factored into the delivery process.

The need for Australian titles

Edwards points to the Japanese and Korean markets where local films account for 30-40% of sales which means the exhibitors are less dependent on overseas tentpole films. Which are in turn the most expensive titles to book.

‘We as the big exhibitors need to work closely with the distributors to see how we get the market penetration for domestic product in Australia. We can set ourselves basic targets and as an industry we need to get behind those titles to make sure they work.’

Edwards. unsurprisingly, runs the argument that too many Australian films don’t satisfy their audiences. Too little escapism and too much overthinking.

He is not arguing against art, but he does believe the cinema which reaches into those depths needs to be clearer. The whole question of engaging with audiences is so hard that ‘you just find that people are not putting enough thought into what that looks like. And subsequently, a lot of people have the view it’s “just like mud. I’ll throw it everywhere and hopefully I’ll have a hit.” That’s just not working’.

However, the immediate future is bright. Rams has taken off according to COVID benchmarks, while the industry has high hopes of Penguin Bloom, The Dry and Peter Rabbit 2.

‘I can assure you, every Australian cinema is going to push them as hard as they can. Because that’s the product we are left with up until the big international titles become available in April. But I think quality is very, very important as well. We can really market what we believe customers will want to see.’