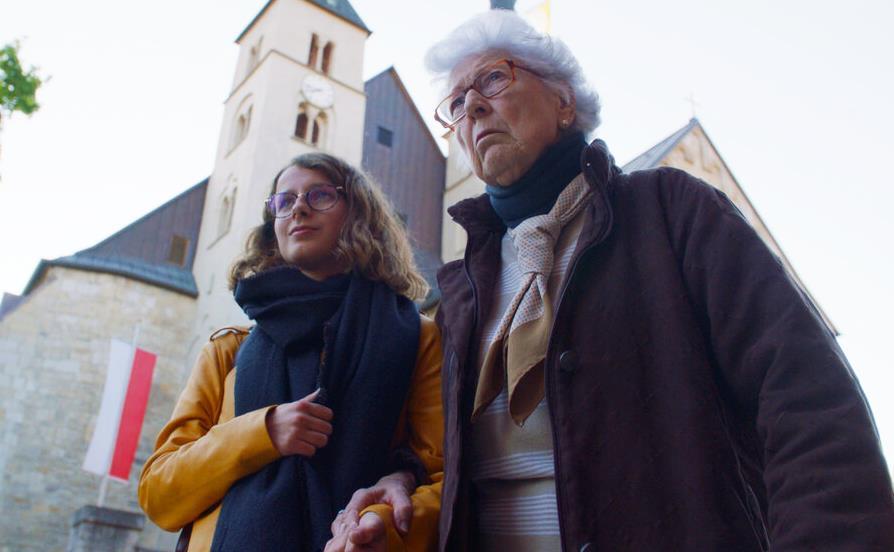 Colette won the Oscar for Best Documentary (Short Subject), which is believed to be the first time a project from the games industry has won an Academy Award.

Co-produced by Oculus Studios and Respawn Entertainment, and directed by Anthony Giacchino, the documentary follows Colette Marin-Catherine, one of the last surviving members of the French Resistance that took place during World War II, as she visits where her brother died in Germany.

‘90-year-old Colette Marin-Catherine confronts her past by visiting the German concentration camp Mittelbau-Dora where her brother was killed. As a young girl, she fought Hitler’s Nazis as a member of the French Resistance. For 74 years, she has refused to step foot in Germany, but that changes when a young history student named Lucie enters her life. Prepared to re-open old wounds and revisit the terrors of that time, Marin-Catherine offers important lessons for us all.’

Colette featured as part of the Oculus virtual reality (VR) game Medal of Honor: Above and Beyond, which contained various short documentaries about World War II veterans in between gameplay.

Similar to the Call of Duty series, Medal of Honor is a videogame series set during historical wartime events. Coincidentally, the Medal of Honor series was shaped by acclaimed film director Steven Spielberg after completing Saving Private Ryan. With its initial release on the original PlayStation in 1999, Medal of Honor would go on to significantly influence modern first-person shooter games.

Believed to be the first project from the games industry to win an Academy Award, Colette premiered and won Best Documentary Short at the Big Sky Documentary Film Festival in February last year before featuring in Above and Beyond in December. This film festival appearance granted Colette Academy Award eligibility, leading to its eventual win.

With VR still an emerging technology, news publication The Guardian secured the rights to air Colette via its digital channels in a standard viewing format for free.

On Colette’s official website, Giacchino expressed a great sense of emotion in meeting Marin-Catherine and telling her story through film.

‘…the terrific reality is that war, at its core, is a universally human experience that stays inside all who go through it,’ Giacchino said. ‘And as Colette’s story demonstrates, healing is possible if we find the courage to face our darkest and most haunting memories.’

After Colette’s nomination in March, Giacchino highlighted the importance of telling the stories of those affected by war by speaking with them directly.

‘It was imperative that we go beyond the use of archival footage because we’re running out of time to preserve these oral histories,’ Giacchino added. ‘…we’re fortunate to have heard Colette’s story and played a small part in bringing healing to one of the last survivors of the French Resistance and all it stood for.”