Victorian cinemas ‘lined up with brothels and nightclubs’

The cinema sector is lining up to pressure the Victorian Government to let them open up, since they are at the very end of the recovery list.
David Tiley 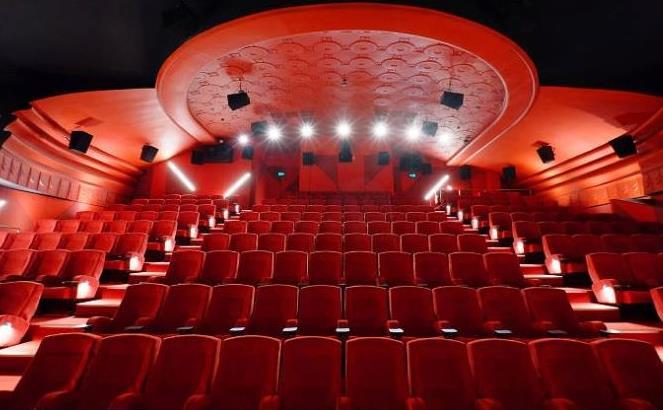 ICA (Independent Cinemas Australia) represents Palace, arthouse, smaller chains and local picture houses. They are very vulnerable to COVID-19 because most of them don’t have capital or credibility with the bank.

According to the ICA CEO, Adrianne Pecotic, ‘The government support that cinemas have been able to access has been very limited. And cinemas were the first to close and the last out of the various lockdowns around the country. So we are appealing to government to recognise the plight of cinemas and give them some support.’

ICA tested its members with a sustainability survey. The results are worrying. ‘87% of the responses said that whatever rent relief they might have been able to negotiate from the landlord, and the limited government support that was available wasn’t enough to cover their operating expenses. That is 87%.

‘50% said they were worried if it just went on, they would expect to be permanently closed at the end of six months. They would not survive. So it’s really bad.’

At the moment, cinemas in most of Australia are open with masks, social distancing and movement control. But the position in Melbourne is much worse. As Village Entertainment CEO, Kirk Edwards acknowledged Melbourne is the jewel in the crown of national exhibition. Particularly for arthouse, smaller and local films.

On Tuesday October 27, Village Entertainment launched a polite but determined rocket at the Victorian government on behalf of cinema exhibitors. It has been supported by ICA. In Melbourne, said Adrianne Pecotic, ‘Cinemas are in the very last stage. Basically they are being lined-up with brothels and nightclubs.’

Read: Return of the humble drive-in

‘The cinema industry has been disregarded and left facing an uncertain future,’ said the announcement. ‘The latest government decisions have excluded the arts and entertainment sector, and have placed unnecessary pressure on the entire industry and its stood down employees, who are receiving little to no income.’

According to Pecotic, ‘There’s a whole heap of information that has been provided by the Global Cinema Federation, that states there have been no cases of transmission from a cinema anywhere in the world. And that’s been a lot of cinemas trading and a lot of places that have a lot of coverage.’

At the moment, cinemas are caught up in the blunt statement: Indoor venues continue to be closed.

The Village Entertainment announcement claims that, ‘Cinema provides an environment that allows for easy physical distancing, with easy contact tracing via online ticket purchasing. The passive and forward-facing nature of cinema allows for a safe environment that should be allowed to open alongside restaurants, gyms and churches from Sunday 8 November.’

Edwards expressed his disappointment: ‘We’ve reached out to government probably for the last two months,’ he told Screenhub. ‘And we’ve been actively seeking answers. And none of them provided.

‘The last roadmap that we saw said there has to be 14 days of zero transmissions, both regional and in the metro area, which we think is probably unsustainable in the current climate.’

This is a tactical move while industries jostle for attention as the government slowly releases the air out of the Covid balloon. Adrianne Pecotic acknowledges that the opening of regional cinemas is pretty vital.

‘Based on what is happening outside Melbourne and the safety profile of cinemas, they should have been able to open in regional Victoria already. But we are very grateful that drive-ins are allowed to trade. In that situation, Regional Victoria is significantly better than Metropolitan Melbourne.’

Read: The future of cinema-going in a post-COVD world

At the moment, cinemas are caught up in the blunt statement: Indoor venues continue to be closed. Theatres, music venues, dance halls and cabarets are all empty of actors, musicians, jugglers, singers, comedians, magicians, and all the staff that run venues.

‘The frustration of feeling like we’re falling through the cracks is so strong. Because it’s such a common activity people expect to be able to do. And yet, governments just seem to not even see us,’ said Pecotic. ‘It’s extraordinary.’

Since the Federal Government has pumped money into protecting the economy from COVID-19, the arts in general has been forced to confront the appalling fact that the government does not care about value adding through imagination. But the exhibition sector, from television to the multiplexes is by far the largest truly cultural activity in the world. The cinemas feel they have another kind of profile.

‘You know, we kind of don’t fit within the arts community we don’t fit within the hospitality. That’s the only thing we can come up with for why such important, and now very fragile, you know, social and community infrastructure is just been been missed out. So there’s a lot of people really feeling distraught.’

The very fact that the exhibition sector functions purely as a business with no government involvement counts against it. Unlike the rest of the sector, the cinema owners have never developed the connections and informal lines of communication to government and the agencies.

The rest of Australia

The Village empire run by Edwards is a combination of multiplexes and some smaller venues in regional capitals. He talks in terms of foot traffic, fast food, parking and signage. He negotiates leases in large shopping centres. As far as he is concerned, cinemas are anchor tenants. ‘We can account for anywhere between 5 to 15% of traffic, depending on size in retail complexes.’

He is talking about an ecosystem. He wants to be back in business so his sites are operating properly. There’s a lot of jobs that depend on exhibition and retail, subsidising students, helping families and getting kids used to a culture of work. Getting the economy going is about getting the community going.

In the rest of Australia, his message is pretty positive. ‘We’ve seen levels of attendance, with restrictions, come back to pre-COVID conditions. Speaking to the shopping centre owners in the major centres, not the strip malls and regional locations, we are hearing that in some cases, there is less than a 5% drop off from previous years.

‘Now that is not reflective of CBDs. In all the major states, CBDs are certainly underperforming in the current climate along with regional shopping centres. And Victorian shopping centres. The reason why is because we bring a lot of traffic.’