The Trespassers: From Page to Screen

Meg Mundell's latest novel has been picked up for a big TV adaptation. What does this mean for the writer and her story?
Rochelle Siemienowicz
[This is archived content and may not display in the originally intended format.] 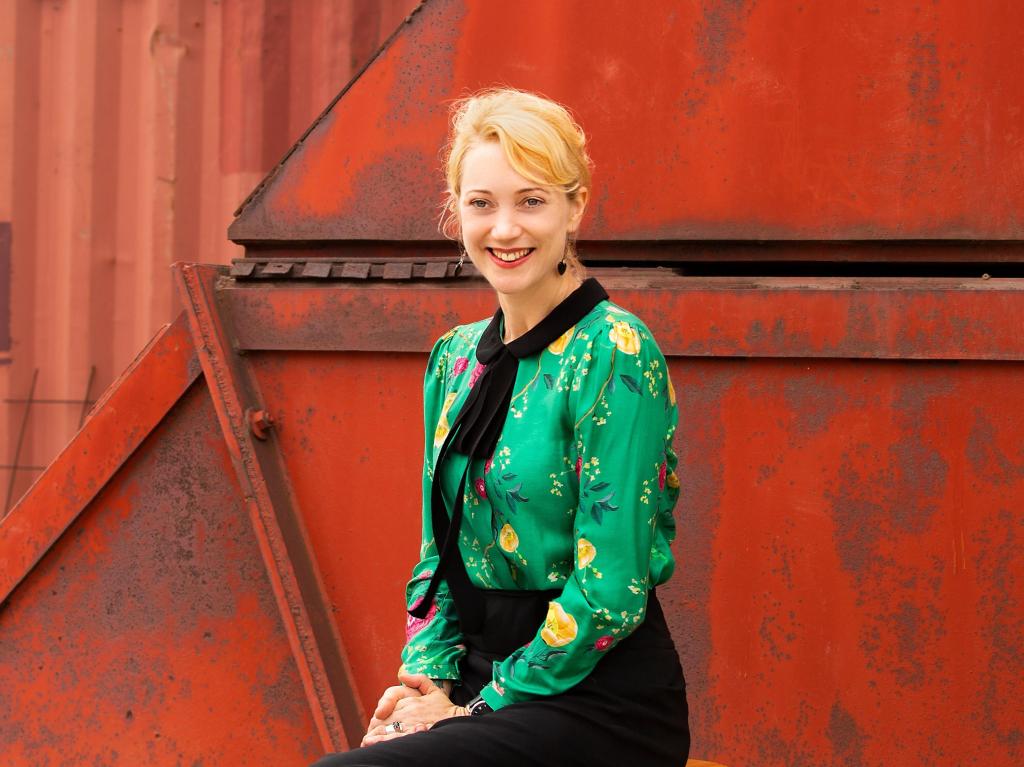 Author Meg Mundell has had her novel picked up for adaptation. Photo credit: Joanne Manariti Photography.

Once upon a time it was every novelist’s dream to see their book made into a film. These days, prestige TV is where it’s at, so Meg Mundell was thrilled when her just-released second novel, The Trespassers, was picked up for an eight-part adaptation by global entertainment giant Fremantle and South Australian production company Triptych Pictures.

‘I’d always secretly hoped it would happen,’ Mundell told Screenhub, ‘but I didn’t expect it. I love really good TV and I love the visual format, always seeing my story very clearly in visual form. I’d deliberately retained the screen rights with that hope in mind.’

The news was announced last week in a press release by Mundell’s literary agency, Alex Adsett Publishing Services, together with Fremantle and Triptych. The project will be the first co-production between the two screen companies. Triptych producer Kristian Moliere (The Babadook, Wake in Fright) will be joined by screenwriter Andy Cox, who is also currently adapting Peter Temple’s novel Truth. They’ll be working with Fremantle’s drama team, headed up by Jo Porter, whose recent credits include Australian productions Picnic at Hanging Rock and Wentworth.

Set in the near future, The Trespassers follows three very different characters fleeing their pandemic-stricken homelands on a ship. They’re leaving the UK for a more prosperous Australia that is enjoying another mining boom, but when a crew member is murdered and passengers start falling ill, the characters must band together to survive the journey.

Mundell lives in Melbourne but was born and raised in New Zealand. Like the characters in her book, she arrived in Australia on a boat as a very young woman ‘looking for adventure’. In the ensuing decades she became a widely published journalist, writer and academic. She jokes that she’s finally ‘old enough to see some of my own themes and preoccupations coming through.’ These include a focus on justice, belonging and homelessness. She’s the kind of impassioned and articulate fighter you want on your side in a moral battle, yet despite this serious side, she’s someone who laughs a lot and tends towards self-deprecation.

One of Mundell’s early defining roles was as deputy editor at the Big Issue Australia, and her interest in homelessness continues in both her fiction (including her first novel Black Glass), her research and non fiction. She has edited a collection of essays written by people who’ve experienced homelessness, We Are Here: Stories of Home, Place and Belonging, to be released by Affirm Press in October.

Taking your characters into new places

First and foremost, The Trespassers is a thrilling read. Yes, it’s a timely story exploring ideas of exile, migration, and capitalism gone feral, but Mundell says for her the most exciting part of writing is imagining a world and creating characters she really believes in. Part of her happiness about the TV deal lies in the fact that her characters can live again – and, if there happens one day to be a second or third series (which every new series being made these days must allow for) – the characters might even go to entirely new places.

‘When you finish writing a book it’s like your characters are in hibernation. But this feels like they’re going to be reincarnated and they’ll live in a new form. Ideally they’ll actually be able to live more and live new experiences and that’s spooky and lovely as well. These characters are already starting to do new things in Andy [Cox]’s mind which is really cool.’

The deal and the process

As is usual with contracts and confidentiality, Mundell can’t reveal the specifics of the deal except to say that it’s a fairly standard arrangement and she’s happy with it. The producers have purchased the right to develop the script and the ‘bible’ for the series, and there’s an option period during which principal  must start, or the option will be extended.

The book found its way to producer Kristian Moliere through Mundell’s agent Martin Shaw (who works with Alex Adsett). As quoted in the press release, Moliere found the novel ‘gripping and powerful’ and could envisage it as a TV series that would resonate with audiences. Nobody’s specifically saying it, but this is a series with global potential and a strong UK element. Moliere engaged experienced UK-born Australia-based script editor/writer Andy Cox to work on the story and script.

Mundell will not be screenwriting herself (though she says she’d love to learn the art one day), but will be ‘consulted in a meaningful way’, particularly about any major changes to the story. ‘I understand that the novelist is probably the least important person once the wheels of production start turning,’ she laughs, ‘but at this stage there’s been so much respect.’ She has nothing but praise for Cox, who she’s met with in person for two extensive meetings so far. Prior to meeting him and signing the deal, she was sent several of his screenplays, including the television adaptation of Truth.

The cover of Meg Mundell’s The Trespassers (University of Queensland Press). Image supplied.

‘Andy’s scripts were artworks in themselves,’ she remembers. ‘There was not a word out of place. It was really pared back writing but had so many images loaded into it. Every word was carrying its weight and it was almost poetic. I’m a big fan of Peter Temple. I’d never compared a novel and a screenplay, and I could see that Andy had changed things around a little bit in order to create dramatic tension for that format, but the essence of Temple was there. The language was there – whole sections of dialogue – and it was still Temple’s voice but jigsawed back together in a different way, and I was really excited and it filled me with confidence.’

The in-person meetings revealed even more simpatico. Like Mundell, Cox was an immigrant and had left home quite young. He’d also grown up on and around boats, which was particularly appealing to the author, whose story largely takes place on board. ‘Andy knows the insides of ships, and been out to sea as well, so he has this great spatial awareness of a seagoing vessel.’ Cox also said to her that he didn’t want to ‘break this beautiful thing that you’ve made.’ which is surely what any novelist would want to hear from a screenwriter.

As far as the changes that are being suggested between the novel and the screenplay, ‘all the changes he’s talking about make perfect sense and seem incredibly sensible, and are all to do with the fact that it’s in a different medium.’ Mundell says she’s greatly enjoying the process.

‘I’m learning so much, not just about the fact that your brain does something different when you’re reading a book to when you’re watching a TV show, but also the practicalities of it. You can’t have a giant futuristic rigged-up sailing ship built, and then fill it with children and adults and set it sailing across the sea and just film it! It’s just not practical. It’s impressive to see how Andy is making shifts that have a practical basis but also make the story better.’

As everybody knows, there are a million things that have to go right before principal photography can start on a big miniseries adaptation like The Trespassers. But Fremantle are a huge player, and they’ve expressed a firm commitment to development. We’ll be following the project with much interest.