This could be a real local breakthrough moment for Michael Leonard and Jamie Helmer, who are known better overseas.
ScreenHub 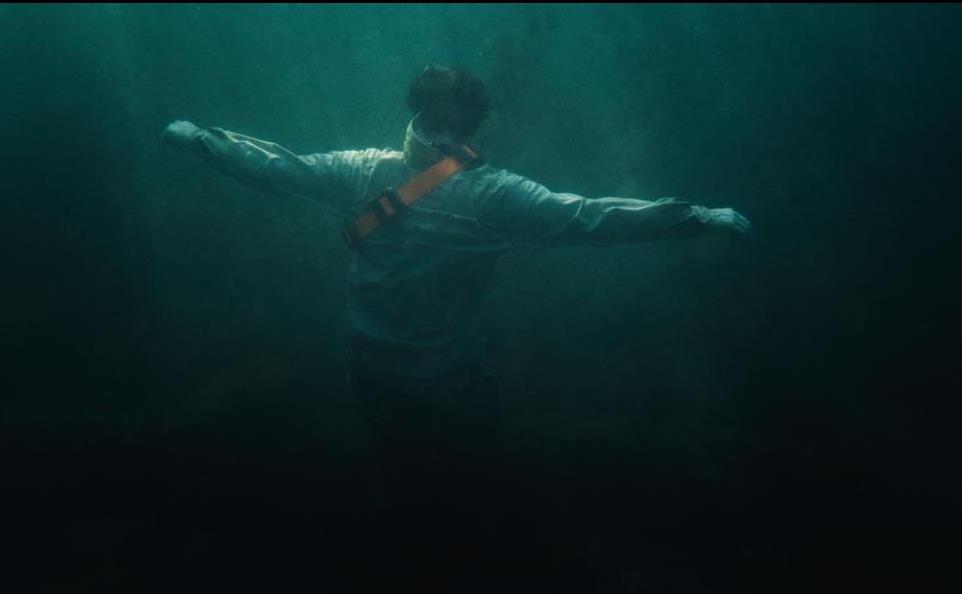 The Diver still from the Venice Film Festival last year.

Flickerfest marks both the end of the 2019 awards race in shorts and the beginning of 2020. It is also deeply satisfying to be a finalist and of course more satisfying to actually win.

The Diver won the Best Australian short and therefore an Academy Award entry for 2021, which will keep the gang hoping for an entire year. This is a hyphenated crew: Michael Leonard and Jamie Helmer are recorded as writer/director/producer, the writer/producer is Michael Leonard and the pure producers are Justin Pechberty and Damien Megherbi.

‘Callan’s mind is full of rage, chaos and confusion that can only be tamed by the soothing solitude of the world underwater.’

This is a French/Australian co-production basically from Golden Moss Films which has an excellent introduction to Michael Leonard and Jamie Helmer. According to Leonard, they (kind of) accept the label of experimental indie. They are part of the Melbourne filmmaking world around Amiel Courtin-Wilson, who took off over 20 years ago in a more flexible funding environment where the stakes were not as high.

‘I studied writing, not film school,’ Leonard told Screenhub. Starting in 2008, he gradually built a crew round him doing DIY clips and running screenings in small galleries. Leonard began a co-venture with Jamie Helmer, a WA graduate of Murdoch University whose films worked around dreams and internal obsessions. Then Helmer moved to Melbourne and worked as a freelance production designer. Their relationship with less concrete narrative and atmospheric work is more complicated than it seems.

As Leonard said, ‘We create impressionistic work but we have a massive love of traditional cinema as well. We think of people like Cronenberg and Lynch who use genre to present ideas in such a different way.’

The two have been plugging along developing shorts which they want to extend into features. The Knife Salesman was accepted into competition in the Orrizonti section of the Venice Film Festival in 2017, where they bonded with French team Justin Pechberty and Damien Megherbi, who they now work with.

They started to work on The Diver, sending scripts and ideas back and forth to their new French partners. Leonard describes the 15 months of work on the one short film as intense. ‘The Europeans have a harsh development process, which is why it is so good,’ he acknowledged. ‘Our film would not have been so distinctive if it wasn’t for that process.’

The film was financed in France but shot in Tasmania. ‘It is a bizarre maze of nature,’ said Leonard. ‘It started as a simple father and son story to explore the inherent violence in males and how they use that to dominate most people around them. It focuses on endemic culture rather than a particular family dynamic.’

This is the first significant prize for the pair of them in Australia though this film was also accepted into Venice. ‘We were really surprised, he said, ‘because we haven’t had any acknowledgement in Australia before. To win a big prize like this is super great.”

Dov Kornits caught up with them for Filmink just before Flickerfest, primed by the film running in the Venice Film Festival. They talked aesthetics and that unusual French connection.

Here is an extended trailer:

And the full credits: