Setting the tone for ‘Australia Day’: NITV leads the way 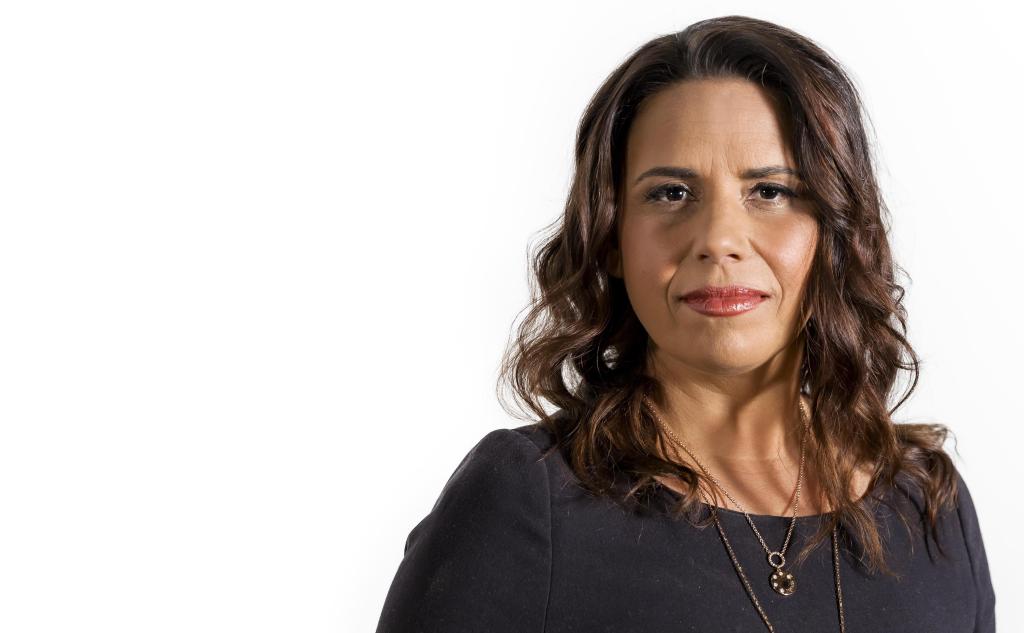 How should we ‘celebrate’ Australia’s public holiday on 26 January? One suggestion is to sit back and tune in to the Indigenous broadcaster and let it set the agenda. All are welcome. That’s the message from Tanya Orman, who has been NITV’s Channel Manager since 2012 when the station first entered the SBS mothership.

Talking on the phone to Screenhub, Orman says, ‘In the last four or five years, I’ve noticed a dramatic change in the sentiment around this time of year. Usually there’d be more merchandise in the shops, barbecue ads and shock-jock debate, but this year it seems like everyday Australians want to take a more considerate and considering approach.’ Noting the many visible successes of Indigenous talent in film, television and the media, Orman says there’s also been a big shift in corporate Australia’s approach, ‘and that’s having a flow-on effect into the mainstream.’

A Sunrise for Everyone

More evidence of this shift can be seen in the fact that, for the first time, NITV’s January 26 Sunrise Ceremony will be simulcast not just on SBS, but also on Network 10. The two-hour live special from Sydney’s North Head, starting at 6am, will be hosted by John Paul Janke, with a smoking ceremony at sunrise accompanied by a panel of Aboriginal and Torres Strait Islander voices debating issues and proposing solutions, alongside dance, song, and performances from Djakapurra, Eric Avery and Mau Power.

This is just the start of a day that will include other live crosses to Melbourne’s Federation Square, and to NITV’s journalists at various other ‘Australia Day’, ‘Survival Day’ and ‘Invasion Day’ events around the country. This will be the culmination of a week of special programming around 26 January, under the unifying theme and hashtag of ‘Always Was, Always Will Be’, referencing of course, the historic protest and land rights chant of ‘Always was, always will be Aboriginal land’.

Orman says she’s particularly proud of the partnership with Ten because one of the NITV’s objectives is to keep growing its audience. ‘The Sunrise Ceremony could really help us reach people who might not ordinarily switch on to SBS, let alone an Indigenous channel,’ she says. ‘It’s a really big statement for us as a public broadcaster to ensure that we’re reaching out, informing and helping to make Australia a better a place, as well as communicating with and giving voice to our core communities.’

The language used in press releases is richly symbolic and carefully crafted, so it’s significant to note that ‘Australia Day’ was not mentioned when NITV announced this special slate. So too, the publicist reworded my advance questions to Orman, changing phrasing from ‘Australia Day’ to ‘January 26’. (We’ve kept the name of the day in the headline but note it’s problematic nature.)

Orman’s statement in the NITV press release, while acknowledging conflict and pain, is definitely an invitation:

‘As Australia’s national Indigenous broadcaster, NITV is an important platform for Indigenous voices and truth-telling every day of the year, but January 26 is a particularly poignant moment in our calendar. We have an opportunity to not only help all Australians deepen their understanding of our nation’s identity, but to also share truly spiritual moments with our community. 250 years on from landing at Botany Bay, we encourage Australians to tune in and learn more about the Indigenous land we all stand on.’

Speaking on the phone, Orman says, ‘We can’t dispute what 26 January is in Australian history. It’s a fact. And there are a lot of rising tensions coming from this date.’

Some of these tensions will be manifest, for example, at Invasion Day marches, where protestors have been urged to donate cash to Indigenous Australians to help them pay for Aboriginal funerals. Such events will be covered by NITV’s journalists, but Orman says, ‘In our programming, as a channel, we wanted to provide the first story of this nation, and do it in a way that brings people together through ceremony and really good yarns. We don’t want it to be about attacking, but about really thinking about who we are.’

In many ways, this echoes playwright and Sydney Festival Artistic Director Wesley Enoch’s call in 2018 for Australia Day to be approached more like Anzac Day, with pathways for both mourning and and celebration. The station’s programming for the day itself certainly traces that journey: encompassing  The Vigil (a smoking ceremony from 7pm on Saturday 25 January), the Sunrise Ceremony, and finally, a celebratory screening of Wayne Blair’s exuberant musical The Sapphires at 8.30pm.

Sit back, relax and be healed by Slow TV’s Marni

In perhaps the most unexpected programming within this special week-long slate, comes the premiere of NITV’s first foray into Slow TV, Marni (Thursday 23 January). Reading about it, the phrase ‘watching paint dry’ does come to mind, but this vastly undersells the mesmerising two-and-a-half hour documentary, showing Yindgibarndi elder and artist Allery Sandy creating a dot painting of her Pilbara homeland.

Directed by Weerianna Street Media’s Tyson Mowarin, and produced by Robyn Marais, Marni interweaves drone footage of the real countryside with the artist’s representation of the land in flower with bright yellow wattle after the rains. It’s stunning, relaxing and conflict-free viewing.

When asked about the rationale of premiering Marni at this time of year, Orman says: ‘Each program has been curated for a purpose in this special week. With Marni, it’s about our celebration of country and the stories held by this beautiful island continent. The unique slow TV-style makes it the perfect way to relax and be healed through storytelling.’

She explains further: ‘This week can be really difficult for many of our communities, and this has been a very big and difficult summer. There’s a time when you just need to have quiet, shut out the world, and be reminded about the bigger picture. Also, for our newer audiences, we want them to see how they can feel proud about this country they are part of.’

Australian identity, and where Aboriginal and Torres Strait Islander stories sit within it, is also be up for discussion in the return of flagship current affairs program The Point, which airs on Wednesday 22 January, hosted by Rachael Hocking and John Paul Janke. The special edition of the show, entitled Aussie, Aussie, Aussie? (Who the Bloody Hell Are We?) can be found on catch-up.

From journalist to Channel Manager

Orman is a Birri and Guugu Yimidhirr woman from North Queensland who started her career as a journalist and producer for ABC and SBS. She won the National Drug and Alcohol Award for Excellence in Media reporting for a series of reports on Foetal Alcohol Syndrome. In 2007 she was invited to become one of the first Commissioning Editors for the new narrowcaster National Indigenous Television (NITV), and then became manager when it transitioned into the SBS network and was launched as a free-to-air channel in 2012. First Nations Media Australia, for whom she is a board member, describes her on their website as one of the youngest television executives in Australia and one of a handful of Aboriginal women in a leadership role in media.’

Orman says it’s enormously exciting, but also very challenging to program for the diversity of audiences that NITV serves. She says there are 60 staff. Twenty (a third) of these are journalists. About 70 per cent of all staff are Indigenous, and all editorial positions are Indigenous. ‘We also work with many really talented and creative allies outside of our communities, but we’re really passionate about providing authentic voices and different perspectives, so it’s very important to us that we nurture Indigenous screen practitioners.’

According to Wikipedia, NITV is available in 95 per cent of Australian homes and continues to grow, now reaching over two million unique viewers a month. Orman says kids’ programming and sports are particularly popular in drawing viewers from outside Indigenous audiences, and the programming around January 26 is part of this outreach mission.

‘We’re only about 2.6 per cent of he Australian population, a small but important minority,’ she says. ‘And if we want to influence policy that dictates how Australia treats us, we need more Australians to really connect and understand us, and that’s what we’re keen to do as we grow our channel.’