Rams is speeding away to be the most successful domestic film of the year as Peter Rabbit thumps off to March next year.
David Tiley 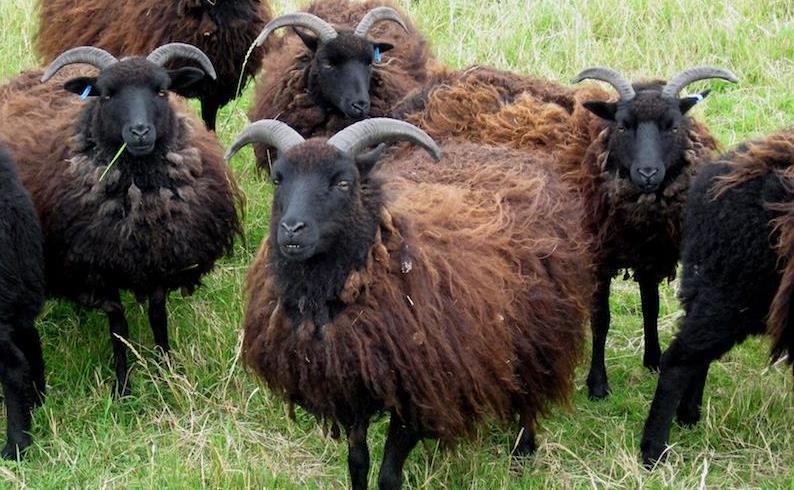 Radical sheep demonstrate for the right to see Rams in a cinema. After all, they don’t get Covid.

After four weeks, Rams is still grazing busily in its picture house paddocks. It has lost around 10% of its outlets, is still making $300,000 in a weekend and has reached $3.404m. At this rate it will hit Christmas out of the field, with a $4m fleece to to be shorn by distributors and exhibitors.

Read more: Rams rides home on the sheep’s back

However it is down to number three in the list, with Tenet back on top, adding another $512,000 to reach $13.5m over 13 weeks. The Victorian cinemas are sitting punters in the dark again, and they are satisfying a Tenet itch. Figures are pushed up by the Melbourne IMAX release, which is partly on film, for which Christopher Nolan recorded a message of thanks for the 15 perf 70m version and the city’s capacity to run it.

He looks like he has been run over by the sleepy truck, but it is cute anyway.

Coming in at second is Freaky, the high school film crossed with a serial killer whose compulsion leaps from body to body. Here it has taken $733,000 with $350,000 in its second week on 250 screens; in the US the Blumhouse production charged out in 2000 theatres, dropped 66% in week two and has totalled around $1.8m. Around the world it has made a little under $5m.

At slot number four we have the first week of All My Life, a romantic drama about newlyweds and cancer. The pic cost around $33m to make and Universal has probably left some unnamed executives tied to a fridge in the Mojave Desert for greenlighting the thing. 230 screens here, for $300,000 over the weekend. Any American exhibitors trapped with this 4 December release may be retching with fear, wishing they could have that strange Downunder story about two farmers trying to save a load of sheep.

Honest Thief, the next on the list, has run a genteel duel with Rams over the last month, but never beat it. Now it is on $2.84m, down $30% on last week. In the US it opened on the top slot and has taken $17m as critics thought it stank of competence wasted on a routine template.

Brazen Hussies, the Australian women’s movement doc, has taken $76,000 over three weeks but the number of screens climbed by nine to 36 with a slight rise in weekend figures to $16,600. We were hoping for a bigger hit from Melbourne.

Babyteeth, which looks like All My Life with brains and bite, is now at 40 on the totem pole, rolled through week 18 on eight screens and lost another 17%. We had expected more of a lift from Victorian cinemas but the approving reviews and the Venice Film Festival label on the poster and the theoretically mighty thews of Universal to back it, are probably too far in the past to generate new excitement on Lygon Street.

WA film Never Too Late had a soggy weekend box office of $38k. But it has already been out for five weeks and has just dropped from 178 to 130 screens and has taken $846k altogether.

Read more: Film Review: Never Too Late is manic by the end

Baby Done, the low budget but reasonably pedigreed NZ comedy, continues to be spurned and is now officially being put back in the cage. $1500 on the weekend off 10 screens down from 39 says it truly did not catch on.

The next Australian releases

It is a grim list. Peter Rabbit 2 – the Runaway which is the only tentpole flying the Australian flag has been shuttled right back from 26 December to 18 March, well away from the Christmas holidays.

The Dry is out on 31 December, and Maya the Bee – the Golden Orb on 7 January.

Prospects are better with Penguin Bloom on 21 January, High Ground on 28 January and Firestarter: The Story Of Bangarra on 18 February.