MP Tim Watts' motion to recognise the social and economic contributions of videogames didn't shy away from the industry's flaws. It's the latest in a growing show of parliamentary support for the local industry.
Jini Maxwell 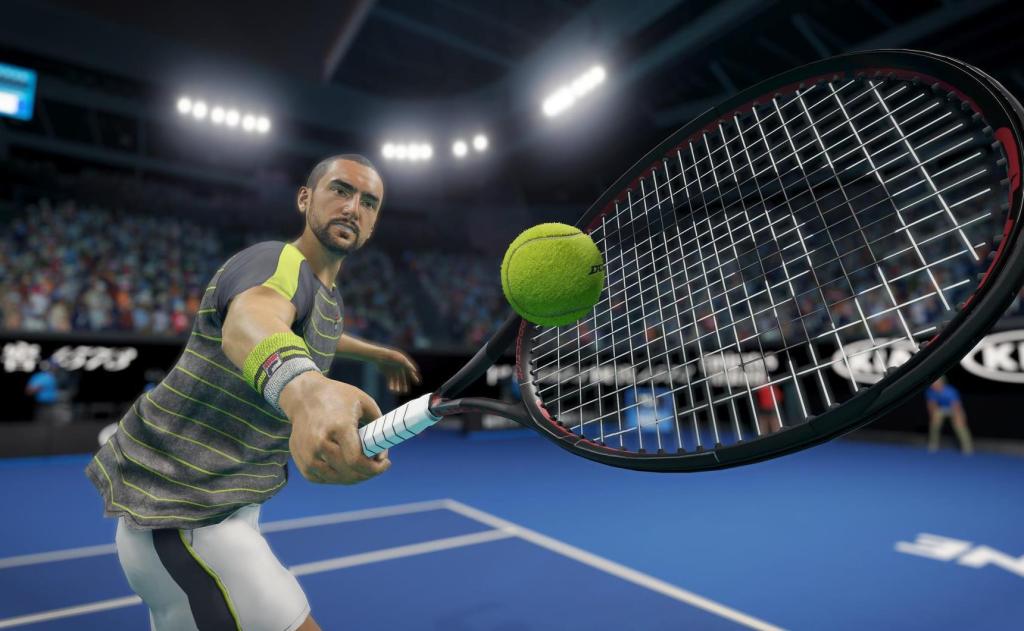 Labor MP Tim Watts has brought a motion to the Australian House of Representatives in favour of supporting the local videogame sector. It builds on several years of advocacy of games from the MP, who serves as the Shadow Assistant Minister for Communications and Cybersecurity. The motion focusses on the global economic contribution of the videogame industry, as well as recognising that, with support, the ‘high skill, high wage, high growth’ videogame sector could help drive the post-COVID economic recovery of Australia.

‘Despite the Australian video game industry punching above its weight globally, we are at serious risk of losing this potential billion-dollar growth development industry.’

In introducing the motion, Mr Watts described the videogame sector as a ‘high skill, high wage, high growth’ industry. Focussing on jobs and economic growth, Mr Watts pointed out the sheer number of times that support for videogame development have been recommended to the Government by different Commonwealth agencies and industry bodies. This includes Austrade’s recommendation that videogame development be included in the national Post, Digital, and Visual Effects offset available to the rest of the screen sector, a recommendation they have repeated this year.

READ: First Look at the Parliamentary Friends of Video Games

He praised the talent of local game developers while criticising the lack of Federal movement on this issue, stating that ‘despite the Australian video game industry punching above its weight globally, we are at serious risk of losing this potential billion-dollar growth development industry.’ It’s a concern with precedent: after the GFC, much of Australia’s game development workforce was forced to look for work overseas due to a lack of opportunities, resulting in a ‘brain drain’ that the local industry is still recovering from. He urged fellow parliamentarians to consider supporting the local industry as a matter of urgency. 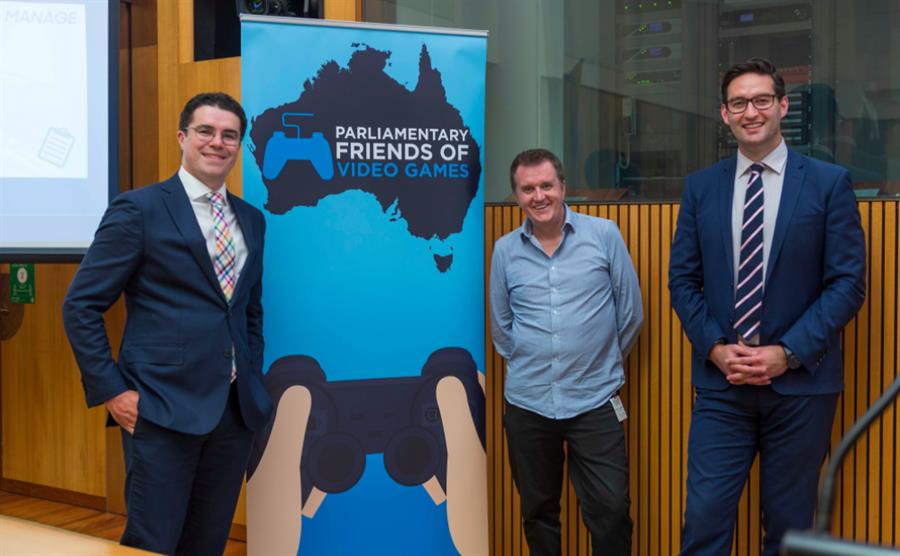 He added that, ‘like [many] things with the Morrison government, the states have been left to pick up the slack,’ praising the funding and tax rebates offered by Queensland, Victoria, and South Australia – though failed to mention that Tasmania, oft overlooked in conversations about the Australian game development industry, also offers a pool of funding to videogame developers.

‘Women are underrepresented in STEM generally, and the gaming industry is no exception. Thanks to groups like The Working Lunch, the Girl Geek Academy, Women Who Code and SheHacks, this is an issue that is being tackled head on…. but there’s much more that we should be doing to help them as leaders and as a government.’

But his speech wasn’t all fun and games. Mr Watts didn’t shy away from the difficult aspects of the local industry, noting the lack of gender parity in the global videogame industry, and giving a nod to the March4Justice taking place outside:

‘It is important to note today, given the events happening outside this building, that women are underrepresented in STEM generally, and the gaming industry is no exception. Thanks to groups like The Working Lunch, the Girl Geek Academy, Women Who Code and SheHacks, this is an issue that is being tackled head on. These groups do vital work to address female representation in gaming and STEM more broadly but there’s much more that we should be doing to help them as leaders and as a government.’

The motion received words of support in the chamber from Labor MP Susan Templeman, who also seconded the motion, and MP Josh Burns. IGEA also reported that Coalition MPs James Stevens and Pat Conaghan were supportive of the motion.

Mr Watts is a long-time supporter of the local game development sector. In 2020, he took to Twitch to stream Untitled Goose Game with MP for Hotham, Clare O’Neil, and field questions from local game developers.

Mr Burns described his electorate of Macnamara as the ‘home of video gaming in Australia’, mentioning Big Ant Studio in particular, and its recent $54.8 million sale to French company Nacon as a sign of the economic promise of the videogame industry.

Ms Templeman’ words of support focussed on the diversity of the videogames audience. She noted the social role of videogames during COVID-19, and urged fellow parliamentarians to ‘get rid of the idea that this is just kids in their rooms avoiding doing their homework.’

While the motion may not result directly in Federal policy, it is a clear sign of the changing attitudes of Australian politicians towards the local sector. Spearheaded by Mr Watts, bipartisan support seems to be growing, and the economic argument for supporting the local industry is further buttressed by the local and international industry’s resilience in the face of COVID-19.

Below is the motion in full:

(a) video games are a large and growing market—Australians spent $3.6 billion on games in 2019, more than double the amount they spent in 2012;

(b) video gaming is a mainstream activity—two thirds of Australians play video games with an average age of 37; and

(c) globally, the video game industry generates more than double the revenue of the music and film industries combined; and

(a) Australia is home to a talented community of game developers and publishers, but proportionately the Australian industry is much smaller than its peers in New Zealand, Canada and the United Kingdom;

(b) video game development provides remote working opportunities and jobs for the regions—in the UK, 55 percent of video game industry employment is outside of London and the south-east;

(c) the video game industry provides a variety of jobs—in Australia, 34 per cent are software programmers, 19 per cent are artists and 11 per cent are business or marketing professionals;

(d) the skills developed in our domestic video game industry are transferrable into roles in adjacent innovative and growth industries like cyber security, software engineering and data analytics; and