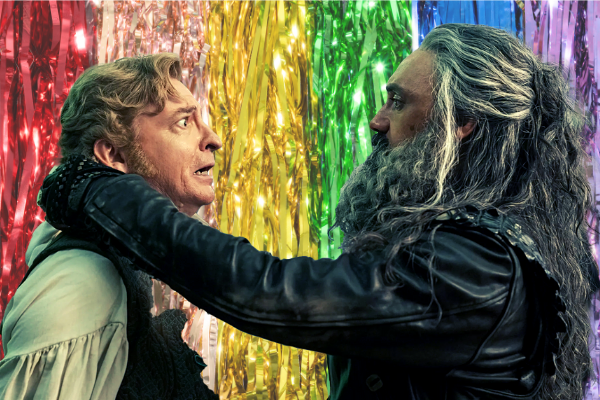 Australian fans of Our Flag Means Death have this morning woken up to the news that the popular pirate rom-com will get another season.

After an agonising few months since the season 1 finale aired, and no news since, HBO Max took to Twitter on 1 June (the first day of Pride Month), and officially declared the show would get a second season.

The tweet landed at about 3am this morning (2 June) for East-coast Aussies.

The show’s first season garnered positive critical reviews and a massive fan base, not least for its positive portrayal of queer characters and storylines.

The story follows bumbling gentleman pirate Stede Bonnet, captain of a rag-tag pirate crew, and the fearsome but loveable Edward ‘Blackbeard’ Teach. The two meet, and after Blackbeard’s plan to kill Stede and take his identity goes wrong, the two fall helplessly in love.

Season 1 ended on a cliffhanger, after Stede and Ed declared their love for each other and were promptly separated by a series of misunderstandings (we’re trying to remain as spoiler-free as possible here). With the belief that his love has abandoned him, Ed has sunk into full villainy, leaving Stede’s crew behind on a deserted island and sailing away.

The show stars Rhys Darby as Stede Bonnet and Taika Waititi as Blackbeard, with Con O’Neill as right-hand man Izzy Hands, and Vico Ortiz as the stand-out character Jim – a non-binary pirate.

No details about the plot of season 2 have been revealed – but actor Vico Ortiz divulged to ScreenHub what they would like to see for their character, Jim:

‘Jim will be like “Ok Blackbeard, I’ll play along with your weird fucked-up game, just enough so that you don’t suspect that I’m gonna stab you in the back … but that’s exactly what I’ll be doing.”

‘I’d also love to see Jim interact more with Izzy (Con O’Neill), Blackbeard’s right-hand man, because he’s so guarded and competitive. Jim shares those traits and it would make for a really interesting dynamic. I think we could reach an understanding and get each other to open up.’

We at ScreenHub loved the first season for its genuine approach to queer love. As we wrote in an op-ed during the show’s release, ‘Our Flag also doesn’t reduce the queer relationships to “what happens at sea, stays at sea”, or frame any of them as straight men engaging in gay sex because they ‘miss their wives back home’. … The relationships, both sexual and non, are nuanced … I highly recommend you binge-watch immediately.’

Creator David Jenkins has thanked fans for their outpouring of support, crediting their love as a significant part of why the show got renewed.