Palestinian director Emad Burnat was detained at a US airport until US filmmaker Michael Moore intervened.
ArtsHub
[This is archived content and may not display in the originally intended format.] 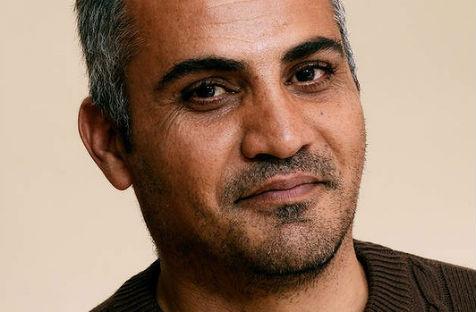 Palestinian filmmaker Emad Burnat was on his way to a ceremony honouring the documentary filmmakers nominated for this year’s Academy Awards but came dangerously close to missing the event after he was detained by immigration officials at LAX.

According to film director Michael Moore, Burnat, his wife and their 8-year-old son were interrogated for 1 to 2 hours by officials who did not believe that the family was in LA to attend the 2013 Oscars ceremony.

‘Although he produced the Oscar invite nominees receive, that wasn’t good enough,’ Moore tweeted from his official account. ‘He was threatened with being sent back to Palestine.’

After receiving a text from Burnat, Moore called Academy officials who then called lawyers. Eventually, Burnat and his family were released and allowed to attend the ceremony as planned. In an interview with The Wrap, Burnat described his experience at LAX airport to life under Israeli occupation.

‘Although this was an unpleasant experience, this is a daily occurrence for Palestinians, every single day, throughout the West Bank,’ he said. ‘There are more than 500 Israeli checkpoints, roadblocks, and other barriers to movement across our land, and not a single one of us has been spared the experience that my family and I experienced yesterday. Ours was a very minor example of what my people face every day.’

A US Customs and Border Protection agency spokesman said he could not discuss individual cases, but the agency did release a statement shortly following the incident.

‘CBP strives to treat all travellers with respect and in a professional manner, while maintaining the focus of our mission to protect all citizens and visitors in the United States,’ they stated. ‘Travellers may be referred for further inspection for a variety of reasons to include identity verification, intent of travel, and confirmation of admissibility.’

Burnat has been nominated at the upcoming ceremony for co-directing the documentary feature Five Broken Cameras, which focuses on the peaceful protests a Palestinian village has conducted against the Israeli Defense Force.

‘For me it was very important to create this film and to work on this film for seven years, to follow the characters and follow my son, to create this piece of art, to show the world and show the people outside [Israel], what’s the reality in Palestine, and what’s going on, what is the truth? So I just showed them the daily life and my son growing up,’ he told The Hollywood Reporter.

Moore, who has previously won an Academy Award for his documentary feature Bowling for Columbine and is a Governor of the Academy’s Documentary Branch, called Five Broken Cameras one of the best films of the whole year.

‘I’ve watched this film now twice at the Jewish Community Center here in Manhattan, with a primarily Jewish-American audience, and people are visibly moved and shaken by what they’ve seen,’ Moore said. ‘And it’s very powerful. You really see what film can do to take people who had a position when they came in, and when they left, they felt something different. It’s very powerful.’