Producer Lee Matthews has been watering the seeds of diversity with a short script competition. This is what happened.
ScreenHub 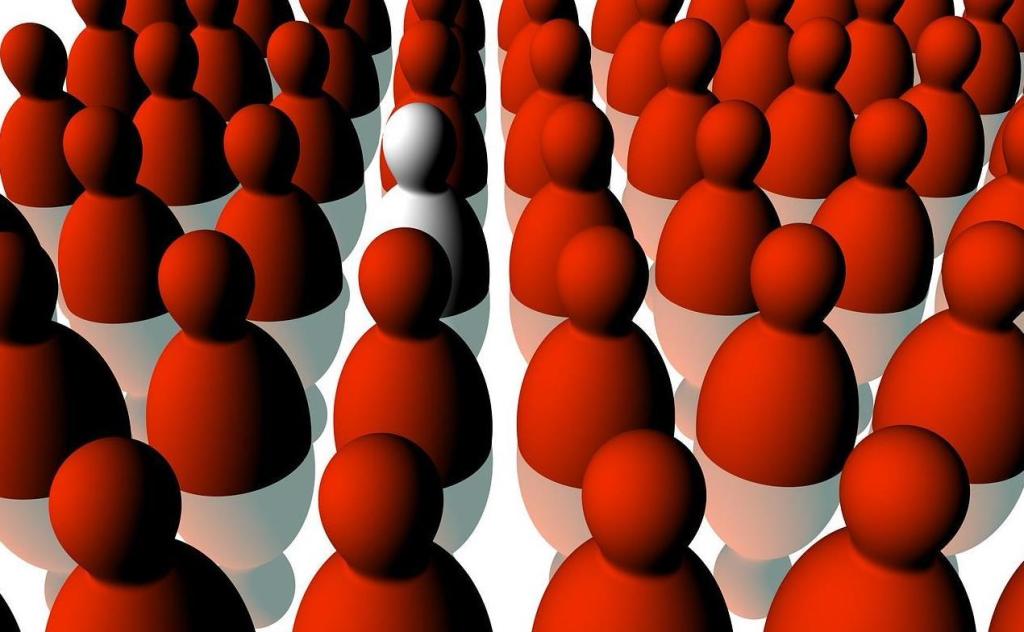 When producers write their own releases, after they suck on the necessary modesty lollies, the results can be really illuminating.

Lee Matthews, producer of Neil Triffett’s EMO the Musical, is turning the idea of diversity inside out. It is not diversity which is strange but the notion of a monolithic society glued together by mutual reinforcement of unquestioned values. While the mainstream screen sector waits (im)patiently to see the result of opening the pool, Matthews created an interesting competition.

He offered to produce to completion the winning script from an open-ended short film competition for emerging and early career screenwriters. This is what happened in his own words:

Different Films, a new audience facing label from Matthewswood Productions, has announced the finalists and winner of its Screenwriter of Distinction Competition, created to unearth a new voice from Australia’s immense and diverse writing talent pool.

By producing an early career screenwriter’s work into a finished short film, the competition provides the winning writer with an all-important ‘produced’ credit, a necessity for a career in the Australian Film and TV industry.

After its open callout for scripts from emerging or early career Australian screenwriters, Different Films arrived on three standout concepts, with two special mentions. These winning scripts each tell fresh compelling stories, embodying, exploring or celebrating a small but recognisable part of what it is to be different.

Lee Matthews, principal of Different Films, says “the result was outstanding. I’ve seen real diversity in outlooks, lived experiences, gender, sexuality and cultural backgrounds within our entrants and within their stories. Also, it’s important to me to recognise that not all early career storytellers are young, and I was pleased to see a mix of ages within the applicants.

I saw a range of genres, styles and tones – dystopia, black comedy, period pieces, and experimental. What I was most impressed with was the range of issues the storytellers wanted to discuss. I read compelling tales about disability in the future, reflections on being a mature age student, and slices in time that shed so much light into a specific cultural experience. I’ve learnt something from every person who was a part of this.”

The winner of the competition is Ben Chuah, with his screenplay Nite X.

Ben Chuah is a 33-year-old emerging screenwriter, set on telling authentic stories that speak to minorities under the rainbow. With his focus on flawed characters and tricky relationships, Ben is drawn to shows like Lost, The Cry and The Family Law. He has a keen attention to detail and a talent for creating characters with a unique voice. Ben has completed an Advanced Diploma of Professional Screenwriting at RMIT, and hopes to write the shows he hasn’t seen yet, in his future within the Film & TV industry.

His short script Nite X, offers a window into a casual hook-up between a young and older man in the middle of the night. This moment in time considers intergenerational queer relationships, exploring attraction and dynamics between sexual partners from different worlds.

The competition’s two shortlisted scripts are What’s in a Name by Purnima Padmanabhan, and Son of a Bitch by Libby-Jane (LJ) Charleston. Purnima Padmanabhan is an emerging screenwriter in her first year of her undergraduate in Screenwriting. Purnima is drawn to big, visual stories, with a particular focus on Drama, Thriller and Comedy. Her talent for writing screenplays came from her dual passions of prose and photography.

Her short script What’s in a Name, follows the quest of a primary school girl trying to be called by her real name, Tayyebeh, not the anglicised ‘Tay’ everyone uses. What’s in a Name is a familiar and sweet story about what a name represents – identity and culture. Tayyebeh and Purnima are both young women who claim that.

LJ Charleston’s dark comedic script Son of a Bitch, follows a mother of two boys who wants a daughter, badly, and she’s on a mission to swap one of her sons for another parent’s girl. In doing so, both women get more than they bargained for.

LJ began her career as one of the nation’s youngest-ever columnists at the West Australian newspaper. Since then, she’s had a long career as a TV reporter & presenter, radio presenter and magazine & newspaper reporter. She is the author of three novels and her short stories have appeared in several anthologies. LJ is the mother of three boys, including twins, and says she will love them until the Statue of Liberty sits down.

With a range of scripts from new voices, selecting a winner was a challenge.

Further to the three finalists, a special mention goes to Andrew Slattery, screenwriter from the central coast of NSW. He writes stories to fill hearts and change minds, about people being themselves, whether they are loved or hated for it. Andrew is a graduate of AFTRS Screenwriting. His short script Dorsal follows a 15-year-old boy who wakes up one day with a dorsal fin growing from his spine. Initially hiding it, he finally reveals himself to his friends, and finds strength in his difference.

A special mention also goes out to Riley Longworth, a recent graduate of VCA’s Masters of Screenwriting, who has a passion for writing stories that border bizarre territory, and a fascination with characters that don’t quite sit in the world they’re in. His script Brutus is set in an apocalyptic world, where Jay is a stranger to most, set apart by his looks. Jay discovers that being different becomes life-threatening to the people around him.

In keeping with the Screenwriter of Distinction Competition’s aims, the company is now looking for experienced crew members who are eager to achieve credits as heads of department, in their chosen fields.

Different Films is a company driven to tell entertaining and engaging stories that ask mainstream audiences to look at life through a different kind of lens. Lee Matthews’ existing works include Neil Triffett’s EMO the Musical, Ben Plazzer and Steve Mitchell’s The Heckler, Monique Schafter and Chas Fisher’s Our Little Secret along with over a dozen short films.