Monster Pictures and Pictures in Paradise have created a joint venture to hypnotise cult audiences with enough pizzazz to cross over.
David Tiley 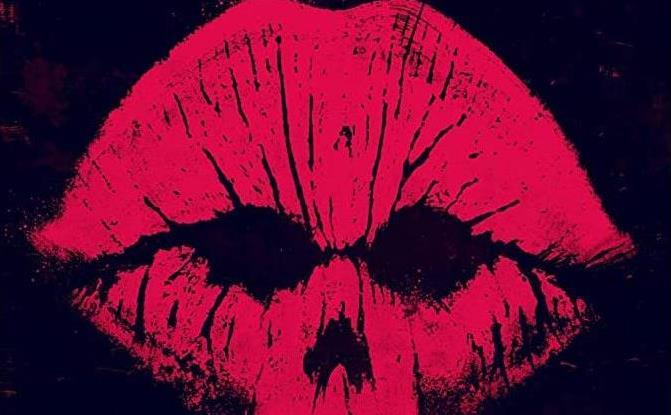 The future is changing before our very eyes. Image: poster for XX, a feminist horror anthology directed by Roxanne Benjamin, Sofia Carrillo, Karyn Kusama, St Vincent and Jovanka Vuckovic in the

One colony of Australian filmmakers rarely manages to operate as a community, perhaps because their subjects touch so many raw nerves, and that is the horror film makers.

We have spectacular examples of genre horror(ish) makers thriving, like the Spierig Brothers, or the Saw crew, and others like Andrew Traucki who has managed to make four features in thirteen years. Feminist horror filmmakers are an important strand, bolstered until recently by the Stranger with My Face festival in Tasmania.

In a world without rules, the horror makers have managed to create one proposition: it is possible to make a genre film in Australia using local funding resources, for under AU$3M or so, topped up with international presales using traditional working and payment models. Producers tend to argue this can work for other genre pictures as well, but the reality is probably that they have to work within the broad canvas of horror. Some would claim the vital addition is elevated genre.

Now, Grant Hardie and Chris Brown have announced a joint venture between Monster Pictures and Pictures in Paradise with Fairvale Entertainment providing some finance.

Grant Hardie and Chris Brown have announced a joint venture between Monster Pictures and Pictures in Paradise with Fairvale Entertainment providing some finance.

According to Hardie, ‘We’ve been looking for something to work on together for many years. We are still negotiating the terms, but we are trying to develop a studio system in Australia which enable us to develop, finance and distribute feature films – it’s the whole process, a one stop shop.’

Chris Brown says ‘Many people who tried to do this but I don’t think anybody’s ever done a kind of vertically integrated approach to it, which is combining the experience that I have in production and selling and financing and all that kind of stuff. And in terms of putting movies together, somebody with experience in distribution domestic distribution, because there has not been really the appetite for it.’

Grant Hardie has been a company owner of Monster Pictures and Monster Pictures Distribution for the last ten years along with Neil Foley. They distribute genre films and run the annual Monster Fest.

‘We’ve’ve got a highly engaged audience,’ says Hardie. ‘We’re really passionate and they really support us and that’s how we know we can sort of succeed because we know what they want.

‘It’s been a long road. We’ve been a very successful distributor in the last ten years, and built a very established business and we are thriving.’

Chris Brown is an industry veteran who started in the UK as producer on Neil Jordan The Company of Wolves and Julian Temple’s Absolute Beginners, and co-producer on Mona Lisa, the legendary film from Neil Jordan. He ran The Comic Strip Film Company which supported a tribe of ground breaking comedians like Dawn French and Rik Mayall. By the late 80’s he was working across Australia and New Zealand, with HBO films followed by a string of lowish budget horror pictures which are clearly a passion.

He was involved as executive producer or producer on The Proposition, Bait 3D, the Railway Man and The Hitman’s Bodyguard. He is known for his capacity to raise money.

According to the release, they are pushing for a slate of five films to be made either here or in New Zealand over the next three years. ‘They are now looking for writers, directors, producers and creative teams as they explore new ways to innovatively finance and produce feature films.’

They hope to take advantage of a fast return from COVID-19 and to take advantage of the full suite of distribution mechanisms. But the production model is actually part of an earlier tradition. Work with intelligent, organised filmmakers who really understand their genre, move the form along with touches of innovation, and create an assembly line which enables crews to work on multiple productions.

‘So we are creating a safe space for genre creatives, as long as they work within the financial criteria and to a script we all agree on, and people have the opportunity to do things they couldn’t normally do elsewhere.

‘…they don’t have to wait around to do presales, and they don’t have to race around getting a domestic release so they can be sure they get the offset.’ They can cash-flow presales and Monster is a distribution company.’

The actual benefits of an early return from the virus (if that turns out to happen) will not last for long. But Brown sees this as an opportunity to kick start the company and then work with production methods which are likely to be tighter and more efficient. What is more, they can tune the slate to the emerging tastes of lockdown leery audiences.

Fairvale Entertainment is a finance vehicle which will be cash-flowing presales. Nicolas Levene and Toby Louie are low budget and television producers from the US.

Chris Brown is based in Queensland.