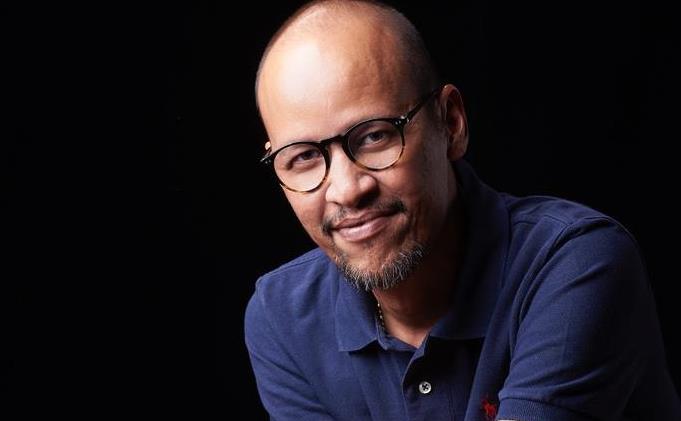 Soros Sukhum, winner of the 2020 FIAPF Award for Outstanding Achievement in Film in the Asia Pacific region. Image supplied.

With strict travel restrictions in place, it wasn’t the Asia Pacific Screen Awards as usual last night. Instead of the once-hoped-for 14th-year Gala, this was a special limited presentation, with two important awards announced, a Special Mention, and four $25,000 filmmaker development grants.

Held at the Home of the Arts (HOTA) on the Gold Coast, and hosted by Iranian born Australian presenter Leila McKinnon, the event was attended by Jack Thompson AM, President of the APSA Academy. It was the culmination of the 2020 Asia Pacific Screen Forum, a week-long series of panel and roundtable events delivered both in person and digitally, with participants from 18 countries.

Chair of APSA, Tracey Vieira said, ‘In a year that has seen the world of cinema put on dramatic pause, it was thrilling to see the APSA 2020 Award Presentation and Forum reinvigorate filmmakers right across our region. The creative energy, diversity and dynamism of all involved demonstrated that the future of screen stories in our region will continue to shine brighter and brighter.’

Veteran Thai creative producer Soros Sukhum was given the 2020 FIAPF Award for Outstanding Achievement in Film in the Asia Pacific region.

This award, determined by the International Federation of Film Producers Associations (an APSA founding partner) ‘celebrates a film practitioner from the region whose career and actions contribute strongly to the development of the film industry in their own country, as well as nurturing international collaborations and relationships’.

Soros Sukhum’s next film is the highly anticipated Colombian-set Memoria, the English language debut for director Apichatpong Weerasethakul, and starring Tilda Swinton, but he’s long been considered a pioneer of the Thai independent film movement. He helped to launch the careers of a generation of artistic and experimental filmmakers, including Aditya Assarat, Sivaroj Kongsakul, Anocha Suwichakornpong, and Nawapol Thamrongrattanarit.

Sukhum co-produced Cambodia’s Diamond Island by Davy Chou, Singapore’s Pop Aye by Kirsten Tan, and the anthology Ten Years Thailand made between Hong Kong, Japan and Thailand and showcased at the Cannes Film Festival. He has also supported multiple short films by emerging directors who are embracing Thailand’s digital revolution.

Searching out Thai producers on the Internet reveals just how Anglocentric we are. There’s slim picking about Sukhum (also known as Thongdee), whose first IMDB credit was in 2006, though Wikipedia’s entry on Thai Cinema says the independent producer, partner of Song Sound Prouduction and Mosquito Films is ‘regarded as one of the most versatile and important independent producers working in Thailand’. There’s also this 2019 group interview from Asian Movie Pulse, talking about Thai cinema at the Five Flavours Asian Film Festival, and the arthouse film Where We Belong.

Sukhum was born in Bangkok, is a graduate of film production at the Faculty of Communication Arts of the University of Rangsit and began his professional career by working in all areas of film production, coinciding with the emergence of a new generation of independent filmmakers. Here’s the trailer for Where We Belong, which he produced for director Kongdej Jaturanrasamee.

The Young Cinema Award was won by Indian filmmaker Akshay Indikar for Chronicle of Space (Sthalpuran), his second film, which he also co-wrote, edited and sound designed. Indikar comes from the nomadic Gondhali tribe in southwest India and proudly makes films in his own language, Marathi, to share with the world.

Sthalpuran, which premiered at the Berlinale 2020, is described as ‘a young boy’s story as told through his diary entries, as he copes with change and loss in his new life immersed in the natural world on India’s Konkan Coast’.

The Young Cinema Award is presented by NETPAC (Network for the Promotion of Asian and Asia Pacific Cinema) and Griffith Film School (GFS).

The Young Cinema Jury said: ‘Akshay Indikar has a real and rare cinematic vision. Using breath-taking imagery and intricate soundscapes, his film took the jury on a multi-layered journey of discovery evolving through the perspective of sublime innocence. We congratulate him on this incredible achievement and look forward to what comes next.’

We couldn’t find an embeddable trailer but you can watch here on the Berlinale site.

There was also a Special Mention for Australia’s Stephen Maxwell Johnson for High Ground, the frontier western set in remote Arnhem Land and starring Jacob Junior Nayinggul, Jack Thompson and Simon Baker. Thompson was there to accept the award on the night on behalf of the director.

High Ground world premiered at the Berlinale and was screened in September for the Indigenous communities of Gunbalanya and Yirrkala where it was shot. It will release in Australia in early 2021. The jury said they was greatly impressed by Johnson’s assured direction and with the film itself, which gives voice to the important issue of brutal colonisation and the question of ‘whose law is it?’

Also announced were the four recipients of the MPA APSA Academy Film Fund, with each project receiving US $25,000 for the key early stage script development.

In 2020, projects from Philippines, Vietnam and Japan are among the winners for the first time: