Fans WANT this now, but the cinema tragics are just as fascinated too, because director Chloe Zhao last made Nomadland.
David Tiley 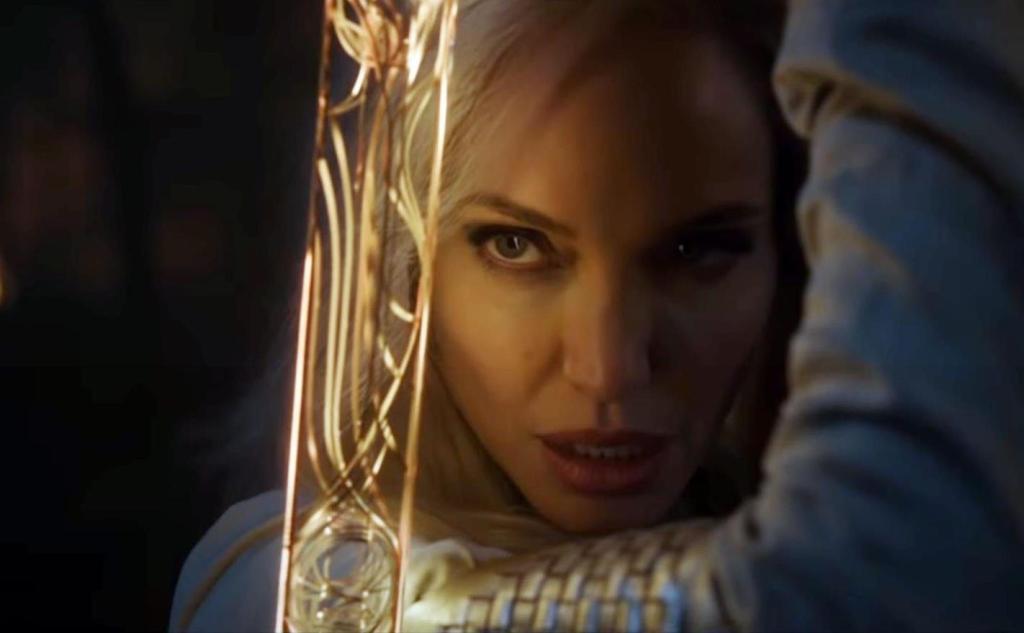 Hollywood now has a perverse tradition of hooking up with indie directors of small films and throwing them into the industrial machine of superhero production. It is perhaps the weirdest mix of art and commerce in the history of cinema.

The poster adult for this is Taika Waititi, the king of small NZ films and also a prince of the Thor franchise. But the latest version feels especially improbable because Chloe Zhao is just coming off her high for winning bulk Oscars for the teeny half-amateur quasi-hippy old people’s road movie Nomadland, which doesn’t even have a Hollywood ending.

What is more, she was not tempted to do The Eternals by Hollywood. Nobody photoshopped her into a trailer park in Nebraska waiting for food stamps and smuggling euthanasia drugs from Mexico to make haircut money to show her the consequences of artistic integrity. No, she actually took her vision of the project to producer Kevin Feige, the head of Marvel Pictures since 2007, and surely the possessor of a finely honed sense of risk.

He was already known to be developing the picture, the 26th in the Marvel Universe and set after The Avengers: Endgame, which was just finishing production while these manoevres went on.

At this stage, Feige knew Zhao from her previous film, a Western called The Rider, also using non-actors. He discovered she is a fan, and a devotee of manga, and was tempted with a heap of visuals and a tight pitch. He allowed her to abandon the existing script and write her own with contributions from Patrick Burleigh.

She was deeply involved in The Eternals before Nomadland came out; in fact she was doing post production on both films at the same time. Hollywood Reporter tells the extended story well, including this:

Chloé will go toe to toe about Malick, or as esoteric and small a film as has ever been made, but also on Star Wars or on [Japanese superhero franchise] One-Punch Man in a way that is quite unique and quite spectacular,” says Marvel Studios president Kevin Feige. “She would finish some giant production meeting with us that involved the creation and approval of dozens of costumes, creature design, intergalactic designs. And then she would get into her half solar power, half corn oil or whatever it was van, and drive out to the Dakotas for Nomadland. That she can fit in in all of these environments is remarkable.”

Zhao was allowed to shoot exactly as she wanted, and brought elements of the Nomadland world. She is pushing forward with diversity and inclusion, and the film features Marvel’s first LGBTQ relationship.

“I wanted it to reflect the world we live in,” she says. “But also I wanted to put a cast together that feels like a group of misfits. I didn’t want the jocks. I want you to walk away at the end of the movie not thinking, ‘This person is this ethnicity, that person is that nationality.’ No. I want you to walk away thinking, ‘That’s a family.’ You don’t think about what they represent. You see them as individuals.”

Here is the trailer: