Livestream against the plague! A compendium of industry resources

We trawled the net to find learning and inspiration resources as screen organisations livestream to deal with COVID-19.
David Tiley 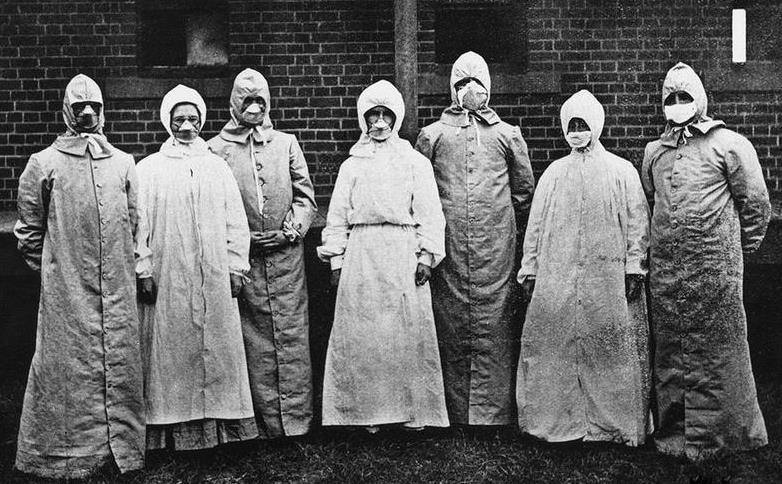 This is the moment when AFTRS management realised it needed to teach remotely. Plenty of their material is now out in the wild for the rest of us. Image: Queensland medical staff during an outbreak of

One day, some cultural historian will be telling Siri to write a thesis about the rise of a new form of communication in the middle of the COVID pandemic. At the moment we call it ‘livestreaming’.

We already know that computer camera resolution is a semi-conscious status symbol, on display as the screen fills up with our friends arrayed before us. Some are nursing prehistoric computers and look like a pile of hand-crafted wooden pixels. Others glow in HDR perfection, which can bring its own problems. We check out the backgrounds – is that a petrol station calendar I spy? An unkempt dog? A child with filed teeth? An office chair to die for? What is that mark on the ceiling?

These intrusions into privacy are signs of the new casualism in which our passion for authenticity, fed on reality television, really comes home to roost. The technology is a narrow discipline futzed by our failure to understand software and our limited organisational skills, and the results can be cruel. The future historians will marvel at our ability to tolerate single shot rants, the collapse of synch, panicking in public and very odd lighting.

On the other hand, we do have a captive audience at the moment, which is us. Some organisations and communities are responding very well and they are scattered across the world as they abandon paywalls and geoblocking. Here’s a few we wish we could keep up with, starting with Australian faves but venturing far abroad.

Doing well, a teeny bit hard to find, but it really helps that the school works on Australian time. Right now we could use a banner on the front page which takes us straight to these programs instead of futzing around on Facebook.

The first of the weekly Talks@AFTRS featured directors Daina Reid and Emma Freeman in conversation with Rowan Woods. These discussions occur each Tuesday at 1.00pm AEST on the AFTRS Facebook page and will stream at your command afterwards. Well worth watching with appreciative comments, a discerning audience and calls for more depth.

On Thursday 23 April, the school livestreamed Emerging, Gifted and X, about ‘community arts and cultural development with a public outcome, and interrogated practices of representation and authenticity when presenting works with and about culture and community.’ Available here, it deals in hard questions about realism and diversity which come up in the comments.

Again, that slot is dedicated to a series of conversations between AFTRS staff and the wider creative community.

AFTRS seems to have rebooted its blog with that old-fashioned texty stuff which is a lot faster to absorb. At the moment you can find an interview with the progenitors of production company Fat Salmon, and a pair of horror devotees talking genre.

The material is on the SPA Facebook page of course but the doorway on Linked In seems to be more concise. The Virtual Roundtable programs carry informal conversations about policy issues, which are pretty open and discursive. In the most recent encounter, CEO Mathew Deaner talks to the new policy expert Holly Brimble about the notion of the Content Fund, which looks like the only plausible option for regulation.

The SPA Takeaways program is doing just fine, though they can be hard to find. One way in is to access Facebook watch, ignore the crappy videos and put Screen Producers Australia in the search field and voila! the whole collection of eclectic material.

The Australian Centre for the Moving Image first left the physical world because it is being rebuilt, but has now doubly doubled down because of the virus. It has gone online with a will.

Ideas is mostly print, while Events covers the full media gamut. The YouTube channel has a good pile of practical videos for emerging practitioners along with the first Make It Monthly with Denise Eriksen presiding over questions of making money online but in a creative way. The Autoplay section on the right hand side is ruled by the Facebook Imps of the Random but has some excellent film finds as well. At the moment it has the full Kenji Mizoguchi version of 47 Ronin which is a treat if you are trapped inside.

Has a bunch of podcasts for your daily ‘fear of fat’ walks.

This is a drop in a huge ocean.

Sundance has a lot of educational material, including masterclasses, available through its collab program. While COVID-19 is on, the whole lot is free, though I don’t think it is expensive anyway.

This is really a documentary film festival, run in November, which is also providing material online. It too is international and free, and has already attracted a lot of attention outside the US. Via the website:

‘The festival held a series of webinars on the topics of “New Strategies for Distribution,” “Cash-Flow for Filmmakers at Home,” and “Film Promo & PR for Stay-at-Home Times” that drew thousands of viewers from around the world; archived webinars can be replayed at those links after registering.’

They are folksy but have useful insights. It has now announced a Friday Fix program of discussions between filmmakers, starting on 24 April. Note the time issue.

South by South West, the mega-fest in Austin, Texas, has set up a Vimeo Channel to offer a showcase for the Episodic Pilots to be shown at the 2020 festival. Again, free, and opens with Bananas, made by Australians Rachel Anderson and, Mary Duong.. It also has a bunch of films running on Prime Video.

A Screenhub favourite, him being from Melbourne and an indy to boot. Peter Hamilton’s hard-headed and concise documentary intel site has a catalogue of podcasts.

Based in Amsterdam, IDFA is the world’s largest documentary film festival. They are obsessed with screenings and have curated a special selection of films to handle our emotional response to COVID-19. You may have to pay a little and some films are geoblocked, but its an excellent idea prepared by curators with taste.

WANT TO MAKE YOUR OWN?

Most people are using Zoom, Facebook or Google Hangouts. But Vimeo offers this service too. It has made some resource videos to get non-expert users going, along with an article on planning a virtual event quickly.