The actor and EP revives her signature character for a new Nine limited series aimed at a global audience.
Guy Davis 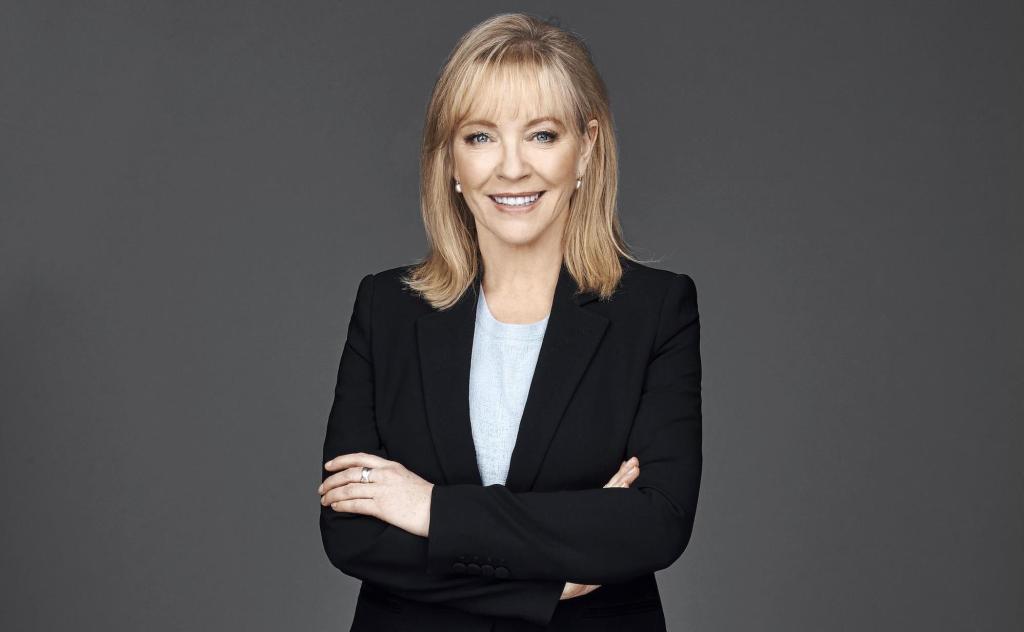 Fans of fictional forensic psychiatrist Jane Halifax are well aware that the character has dauntlessly dealt with all manner of unbalanced individuals since her screen debut back in 1994.

The actor who portrays Halifax, however? She’s not quite as comfortable with the dark side.

Rebecca Gibney is currently under quarantine lockdown in Sydney after returning to Australia from her New Zealand home, and like many self-isolating people she’s sought to stave off cabin fever with a good old-fashioned binge-watch.

But one episode of the true-crime documentary I’ll Be Gone in the Dark, which follows the late journalist Michelle McNamara’s dogged pursuit of the Golden State Killer, proved too much for the Gold Logie winner.

‘I watched the first episode my first night in quarantine and had horrible nightmares,” she admitted with a laugh. “I thought I’d have to watch Schitt’s Creek to ease my mind.’

When Screenhub spoke with Gibney, she was four days into her fortnight stint in a Sydney quarantine hotel, her return to Australia prompted by the resumption of filming on Back to the Rafters, a continuation of the beloved Seven series Packed to the Rafters for Amazon Prime Video, and a round of publicity for Nine’s Halifax: Retribution, which sees the actor reprising what may be seen as her signature role.

It’s been close to two decades since viewers last accompanied Jane Halifax as she tangled with the disturbed and the dangerous in the 2002 telemovie Takes Two.

There were 21 Halifax telemovies in total, and Nine, Gibney and creator Roger Simpson were keen to keep the character in the public eye, to the point where Prime Suspect creator Lynda La Plante was recruited to work with Simpson on a weekly Halifax series.

Sadly, that project was shelved with a reshuffling of executives at the network, and all involved went their separate ways.

Halifax, however, had taken up residence in Gibney’s head, and when she was approached by Nine about possible projects a revival of the character took precedence.

‘I really loved the character and so did so many other people,’ said Gibney. ‘Whatever happened to her? Why did we never see anything about her personal life?’

Those questions are somewhat addressed in Retribution, an eight-episode limited series now airing on Nine, which sees Halifax happily working in academia and enjoying domestic bliss with Ben (A Place to Call Home’s Craig Hall) and Ben’s daughter Zoe (Mavournee Hazel from Neighbours).

This being a Jane Halifax story, that is of course merely the calm before the storm.

A sniper is terrorising Melbourne, killing seemingly at random, and a task force headed by Commander Tom Saracen (Anthony LaPaglia) wants Halifax on board to help track down the shooter. And as it turns out, the case may be closer to Halifax than she initially imagined.

‘When we first started talking about the idea, we thought given that it was 20 years on, maybe we can look at how a lot of the criminals she put away are now getting out,’ said Gibney.

‘So we explored the idea of something happening to Jane, and who among the people she put away could be doing this awful thing.’

A good idea, but there was a hitch. ‘All the actors we used back then have gone on to these incredible careers and trying to get them back or tie them down was impossible!’ laughed Gibney.

‘Hugo Weaving, Hugh Jackman, Ben Mendelsohn – a lot of them have these busy international careers.’ (Fortunately, she says, Jacqueline McKenzie – so memorable in the 1995 telemovie Lies of the Mind – agreed to reprise her role.)

The other key element to getting Retribution rolling was Simpson agreeing to take part in the project as producer again.

‘Roger was of a mind that we’d made 21 telemovies – they were very popular and very successful, had won a lot of awards, and we didn’t need to go there again,’ said Gibney. ‘He had other things happening, as did I, but we knew it was such a great genre, one that seems to having a resurgence at the moment, and I felt that the time was right.

‘To Roger [Simpson]’s credit, he said he’d only do it if we had a really decent budget. He fought for that.’

‘To Roger’s credit, he said he’d only do it if we had a really decent budget. He fought for that. [Production company] Beyond International had to get more money and Nine had to put in a lot more than they had before but it’s there onscreen – it’s a high-end series. And you have to make it like that to compete with the streaming services.’

Indeed, a lot has changed since Halifax’s last screen outing – in the era of content on demand, where a dizzying variety of international options are available to viewers at the touch of a button, Retribution has to compete with more than the competition on Australia’s other free-to-air channels. (Hence making it a limited series rather than a telemovie: ‘That’s what people seem to want globally.’)

‘There’s always a nervousness about that,’ Gibney admitted. ‘But you have to back yourself, you have to be confident that you’re going to get the budget you want, make this incredible show, sell it around the world…and then get your money back! There was a little pushback but Roger was adamant because Retribution had to compete with productions from the US and the UK. And I think it does compete. You look at Melbourne here and it looks like New York or London.’

If Gibney sounds invested in the production and reception of Retribution, it’s because this is the first Halifax project in which she plays an executive producer role. She’s no stranger to that behind-the-scenes position, having worked similarly on productions like Winter and Wanted.

‘And in the 21 telemovies we did, I was a consultant, involved in a lot of the scripting, but that was pretty much where my contribution ended,’ she said.

‘I did want to be involved in that level. For my career at this point, it’s very important that I’m a caretaker of it.’

‘There were open to my ideas and opinions, what Jane would and wouldn’t do, but that was it. I’m older now and I suppose I’m not content to sit back and be uninvolved.

‘Of course I’m doing other jobs where I show up just to act, and there’s a lovely freedom to simply learning my lines, doing my job and going home at the end of the day. But because Halifax is such an important part of my past, I did want to be involved in that level. For my career at this point, it’s very important that I’m a caretaker of it.’

Gibney’s return to Rafters is next on her slate (‘eventually!’), and she’s also thrilled to have played a ‘really bad guy’ in the New Zealand crime comedy Lowdown Dirty Criminals. “They went ‘Who would you never imagine as a villain?’ and of course they thought of me,” she smiled.

But a further reprise of Jane Halifax is certainly not off the table.

‘Over the course of the series we’ll see more of Jane’s life and by the end what will happen to her in the future if we’re lucky to get another season,’ said Gibney. ‘What happens in the course of this series makes her realise she’s not done with the past and it’s not done with her. And if you don’t deal with your stuff, it’ll return to haunt you.’

Halifax: Retribution airs 8.45pm Tuesdays on Nine and on catch up on Nine Now.