The director's Silver Lion win for Netflix Original The Power of the Dog is sure to provoke conversation.
David Tiley 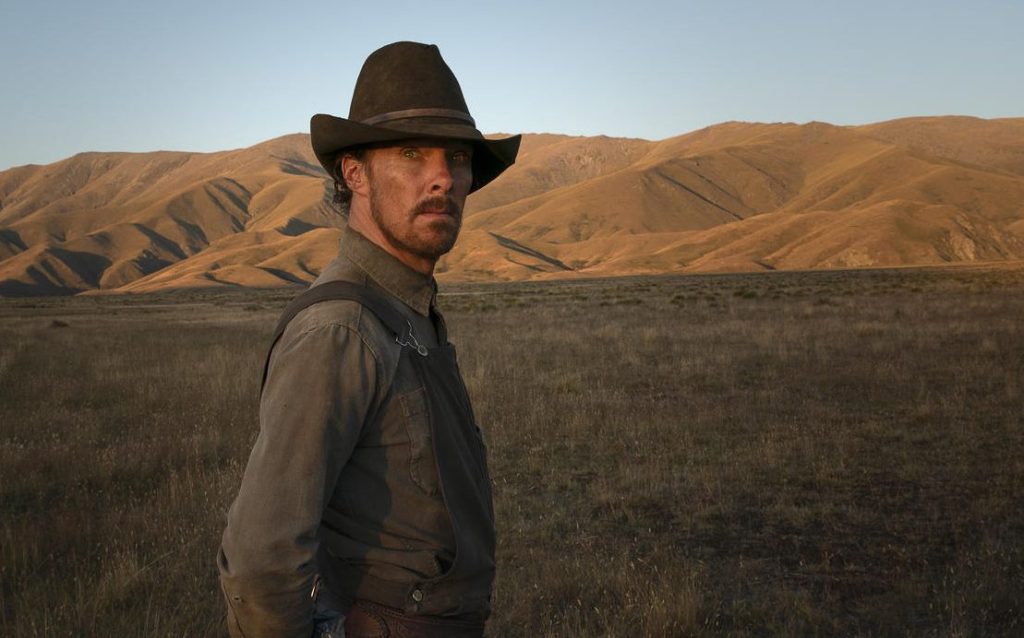 UPDATE: Director Jane Campion has been awarded the Silver Lion for Best Director for The Power of the Dog at the Venice Film Festival. It is the first Netflix Original to win a prize at the festival, in a year where their inclusion has been hotly contested.

In her acceptance speech, Campion thanked the festival and particularly praised Benedict Cumberbatch’s leading performance as the Machiavellian Phil Burbank, saying he went ’round the world and back again to find this character, to strip himself bare.’

It was not the only celebration of Campion’s work that night: Maggie Gyllenhaal, who won Best Screenplay for The Lost Daughter, also mentioned The Piano (1993) as a critical influence on her own work. It’s not the first time Campion has been celebrated at Venice Film Festival: in, 1990 she picked up the Grand Jury Prize for An Angel At My Table.

The Power of the Dog is an official Australian-New Zealand co-production. The whole project is an exemplary version of a global picture, a psychodrama set in 1920’s Montana from a novel by US writer and Western specialist Thomas Savage, with a UK broadcaster, a UK-Australian lead production company, a NZ director with strong Australian affinities, and nightmarish lead characters from the UK and the US.

The Guardian wins the synopsis competition with its description of the original love, written by Thomas Savage in 1967.

‘Brothers Phil and George Burbank, wealthy ranchers in 1920s Montana, have slept in the same bedroom for 40 years. Together they manage the day‑to-day running of their huge cattle farm, but while George is steady and decent, Phil is a whirlwind of malign energy: a skilled reader and craftsman, he’s also a vicious bully and outspoken homophobe. When George marries local widow Rose and moves her on to the ranch, Phil is appalled, and sets out to destroy the newcomer and her “sissy” son .. Savage has constructed, against scenery “vast and hostile to individual hope”, a rich and challenging psychodrama, based on brilliant characterisation …’

Campion returns to feature film production after a gap of more than ten years. Bright Star was her last big-screen outing, though her television career has flourished since.

The film is produced by Jane Campion herself, with Iain Canning and Emile Sherman, Canadian Roger Frappier, and Tanya Seghatchian, who was co-producer for the first four Harry Potter films. The production companies are Brightstar, See-Saw Films, BBC Film, Big Shell Films and Max Films.

Executive producers are Rose Garnett for BBC Films, Simon Gillis for See-Saw and John Woodward for Brightstar, which is also the vehicle for Tanya Seghatchian.

Though Netflix owns most of the rights, it will have a UK free-to-air release via BBC Films, while Transmission Films will release it theatrically in Australia and New Zealand. International sales agent – a smaller part of this deal – is Cross City Films, which is the in-house facility for See-Saw. According to Deadline, ‘Netflix said it will work with its other local partners on the theatrical release,’ which suggests we may see an international cinema release in a limited window. Sense is gradually prevailing, particularly as this is a high-status adventure for Netflix which probably had a premium budget.

Cannes is understood to have offered a non-competition premiere for the film, but the producers chose to go with Venice, which has no such limitations. Indeed, Netflix is using Venice as its major European landing ground; Paolo Sorrentino’s smaller scale Neopolitan drama The Hand of God is also a Netflix production which will open at Venice, pushed along by its home country advantage.

Read: Sydney Film Festival predicts that The Power of the Dog will go to Venice.

The opening night film is Pedro Almodóvar’s Parallel Mothers, while Denis Villeneuve’s version of Dune will also have its world premiere in Venice. The judges could have fun – the jury leader this year is Korean genius Bong Joon Ho with Chloe Zhao making sure the small films getting attention.

Campion’s film was expected to spend NZ$30m in that sector. The picture was interrupted by COVID but was restarted in June 2020 as the NZ government gave it an exemption to import foreign actors.