The James Bond franchise shows a sector in disarray, and its fabulous power to prevail.
The Conversation 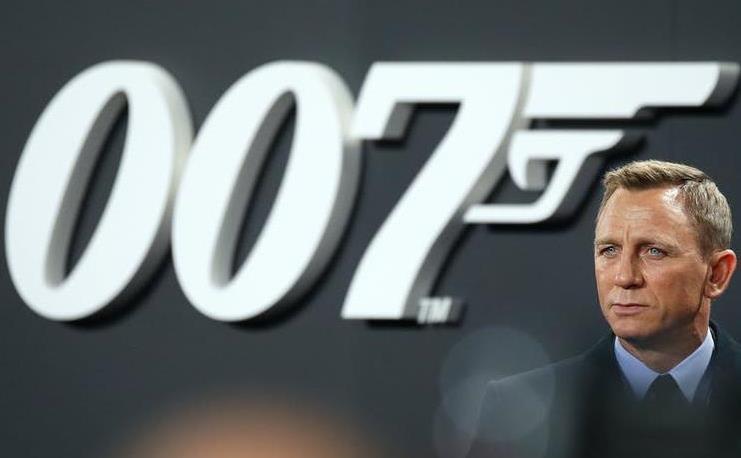 For almost 60 years, we have been able to rely on Bond, James Bond to burst onto our screens and save the day. Indeed, many in the film industry were relying on the latest instalment, No Time to Die, to boost box office revenue at a time when cinemas are operating at vastly reduced capacity, if at all. Unfortunately, this time, Bond has been seen as failing to save the day.

Film fans and cinema owners have eagerly awaited the delayed release of the 25th instalment of the franchise, particularly since it is set to close out the Daniel Craig era of 007 adventures. It has already been pushed back from February 2020 to April to November to April 2021. And now, it has been confirmed that the release is delayed yet again until October. So where does the franchise go from here?

The power of the cinema debut

The cinema release can be seen as the film industry equivalent of the debutante ball, where a film makes its entrance into society – even if this has been the subject of much industry debate due to the rise of streaming platforms over the past decade.

The cinema debut is still usually protected by the traditional release model known as “the windows system”, where films are released at the cinema first, with a delay before they become available on other platforms. The push to move to the “day and date” release, where films are released on all platforms simultaneously, has been criticised as risking the viability of cinemas. But the pandemic has changed the debate somewhat.

As one of the first major releases to shift its release schedule due to the pandemic, Bond, which is distributed by MGM and Universal, has become the canary in the coalmine for the ongoing troubles of the cinema exhibition business. While audiences in some places such as China have eagerly returned to cinemas, the COVID restrictions in key markets like the UK and US have made it all but impossible to launch the blockbuster.

Warner Bros’s recent decision to stream all of its 2021 releases in the United States on its HBO channel at the same time as cinema premieres looks to have been the right call. Box office revenue has been hit heavily by the pandemic across the board, and more studios are likely to experiment with digital releases now that there is no clear path to cinemas reopening anytime soon.

However, while studios such as Disney can take a hit if it means boosting streaming subscribers on Disney Plus, studios like MGM and Universal are reliant on worldwide box office grosses to turn a profit – particularly from Asia, where action franchises are especially popular. They have sunk a dizzying number of marketing dollars into global promotional efforts and these can only be recouped at the box office; if the film is streamed, there is no guarantee that audiences will then go to the cinema to re-watch it.

Our research on brand longevity sheds some light as to how the Bond producers have ensured the enduring relevance of the franchise to become the longest continuously running one of all time. Through examining every Bond film and original Ian Fleming novel, press reports, reviews, marketing materials and other sources of sociocultural context, we revealed how Bond has evolved while protecting its heritage. This could be why the delays are particularly a problem for Bond’s production company, EON Productions, and the distributors.

One important element has been the clear relevance of Bond storylines to contemporary world affairs. The Bond films reflect changing images of Britain and the world from a western perspective: depicting shifts in the cold war and addressing themes such as the space race, nuclear confrontation and, recently, cyber-terrorism. However, the very topicality that has contributed to Bond’s success could be its downfall. With a delayed release of over 18 months, No Time to Die is in danger of becoming outdated.

Given its history, however, we don’t think this will be the end of Bond. In fact, this is not the first time the series has flirted with disaster. Crucially, it has always taken action before reaching the point of no return. After the over-the-top CGI-heavy Die Another Day in 2002, a frivolous, fantastical Bond did not feel right for the post-9/11 era, so a focus on Bond’s inner life in Casino Royale recalibrated the franchise in Daniel Craig’s first outing four years later.

Similarly, in 2012, following the disappointing box-office performance of the twitchy, unsmiling Quantum of Solace, Skyfall set about firmly re-establishing the relevance of several classic Bond components, reviving Bond’s iconic Aston Martin DB5 – first seen in 1964’s Goldfinger – and introducing a younger and more tech-savvy version of Q. In doing so, it has made a clear distinction between what should continue to work well and what will not, striking an effective balance between core continuity and selective reinvention.

It sounds straightforward enough, but it’s an art that few enterprises of any kind ever genuinely master. This is why Bond offers a valuable lesson for marketers and managers in any industry, especially at a time when businesses need to be more flexible and fleet-footed than ever.

As the villainous Kamal Khan remarked to 007 in Octopussy: “you seem to have a nasty habit of surviving”. Nasty or not, it’s a habit well worth cultivating. Indeed, cinemas are urgently reassessing their business models, embracing this flexibility and diversifying their offerings with non-studio films or local content to offset the loss of blockbusters. Creating more conversations around films with Q&As and other live events (which audiences will appreciate more post-Covid) could be one more way to do that. James Bond will return, but we will have to wait and see what will become of cinema.