How Australian films did globally in 2020

From The Invisible Man to Measure for Measure, Anthony Ginnane does his annual scorecard of Australian film's global theatrical performance. And COVID-19 turned out to be a real bonus.
Antony I. Ginnane 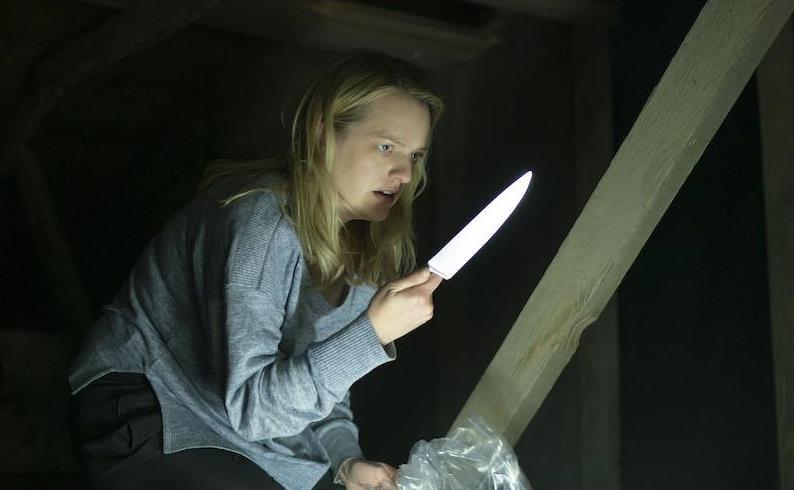 This is the thirteenth year in Screenhub that I have presented an annual round up of the international theatrical performance of Australian Feature Films.  Here we cover films released outside Australia in the period from January 1st 2020 through December 31st 2020 using data through December 20th 2020.

Each year the figures tell the same important story – the list of films that have significant international income is very different from the pictures we value in our domestic market. Without our need for films that reflect local culture, the global market compares product from around the world, particularly in the Anglosphere.

It has been an extraordinary year.  As a result of Covid, many cinemas in many jurisdictions have been closed for a large part of the year but when they have been open (including drive-ins which have made a resurgence in the US) independent productions have flourished, because the US majors have not been able to crowd them out. It is now clear that the exhibition circuit is desperate for new content in an international drought of popular films.

Even a limited theatrical release remains valuable for many producers as a significant driver of ancillary revenue particularly in territories where legislatively enforced or marketplace dictated windows currently prevent day and date ancillary release. After, the all media net result is real measure of success.

In addition to theatrical releases I will also refer to certain titles that have largely bypassed theatrical and were released directly (day and date) or virtually directly to VOD and SVOD or pay TV only. Rights may be North American or worldwide via the major streamers world wide except for Australia.

Unfortunately, there is still very little hard data readily available on the results of digital exploitation despite the fact that for many Australian films – particularly but not exclusively the micro budget titles – these new media outlets have become the only available entrée into the US and many foreign markets.  I have tried to note that release for each title.  The world-wide gap between major tent pole theatrical releases and micro theatrical releases of all English language titles – not just Australian films – continues to accelerate, despite 2020 being an aberrant year.

These 33 titles in international release were supplemented by another 15 titles from prior year’s play-offs  that continued to move through additional territories.

Despite the increase in numbers of our titles in international release this year, the downward pressure has been relentless since the previous modern peak in 2015. The same factors which I noticed in 2019 will continue across 2021 as the market picks up:

Readers should note that all box office figures quoted are in US dollars unless otherwise noted.  The box office amounts cited do not themselves indicate the net return to the producer or the ultimate profitability of a title in a territory.  For such analysis other data including distribution terms for the territory including media licensed, MG (if any) and / or if the film was licensed on a flat or revenue share deal, the ad spend, the degree of cross collateralisation – all these metrics need to be factored in to get a net position.  However, theatrical box office numbers and length of run do indicate an initial level of success and marketplace acceptance.

Another great year for Australian cinema internationally with some highlights:

The curse of Australian films getting market share in New Zealand is well and truly over. In the weekend of December 10 – 13 a record of seven Australian films were in cinemas; Rams, 100% Wolf, I am Woman, Combat Wombat, Baby Teeth, Brock – Over the Top and Elle & Abby and in the preceding six weeks four to six titles were in release.

2021 looks like an other banner year despite the general trends

Two studio driven titles are likely to release; the delayed Peter Rabbit 2 by Sony at Easter and probably 3000 Years of Longing in December.

Penguin Bloom has already been grabbed by Netflix.

Lower budget titles like The Furnace and High Ground have specialty and streaming potential.

The majors will come back into the space progressively from Q2 though some of the second-tier indie distributors will be bruised by Covid, creating tough market conditions for us. But international buyers seek out our product and at both the theatrical and streaming level Australian productions are thoroughly in the market – subject only to the effect of the 40% – 30% offset reduction on the supply chain.

Read more; 2020 Year in Policy, seeing the world in a different way

The True History of the Kelly Gang

Ms Fisher & The Crypt of Tears

This is basically the indy gang, often financed with minimal or no help from agencies. Some of these results are positive, some are disappointing, but they all derive from producers engaging with the marketplace.

Brock: Over The top

I Met A Girl

Romance On The Menu

Sequin In A Blue Room

These figures build on the 2019 performance:

p.p1 {margin: 0.0px 0.0px 0.0px 0.0px; font: 11.0px 'Helvetica Neue'; color: #000000; -webkit-text-stroke: #000000} span.s1 {font-kerning: none} Melbourne born Antony I. Ginnane has produced or executive produced 70 feature films, MOW’s, miniseries and TV series over 48 years including award winning classics like Patrick, High Tide, The Lighthorsemen, Screamers and Last Dance and most recently (in partnership with Kris Wyld) the TV series Pulse for ABC-TV. His Australian production company F G Film Productions (Australia) Pty. Ltd. is in preproduction on feature film The Chainbreakers. He was President of SPAA from 2008 - 2011, attends the major world markets and is based in Los Angeles and Melbourne. “The Unusual Suspects – 104 Films That Made World Cinema” his first book was published by Currency Press in November 2015.