How would you describe home? A new AR project through RMIT is looking for rare and untranslateable words about place and belonging
Jini Maxwell 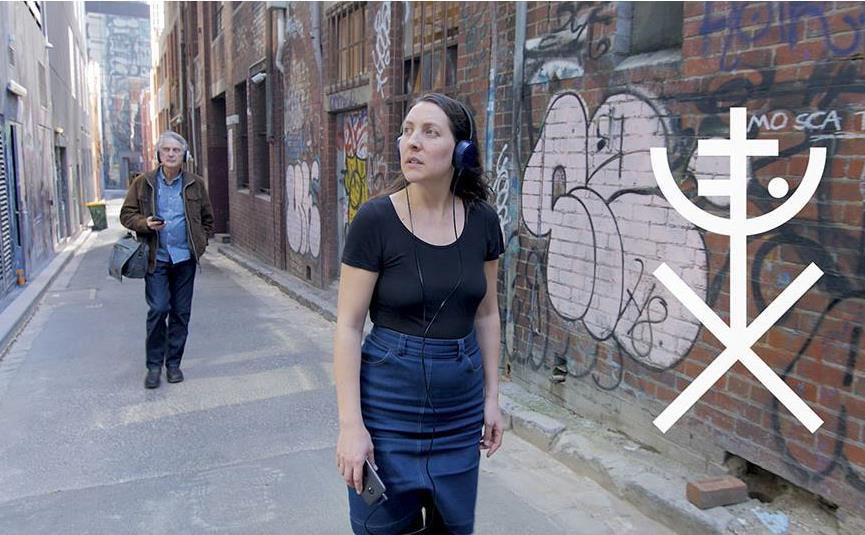 Image via 64 Ways of Being.

Wordsnerds assemble: whether you’re feeling eleutheromania (Greek for the intense, irrepressible desire for freedom) or noogal (Woi wurrung and Boon wurrung, denoting a sense of belonging), this RMIT research team wants you to contribute to this exciting new project.

RMIT researchers have opened a public callout for rare and untranslateable words for use in a new Augmented Reality (AR) app called 64 Ways of Being. The words must relate to ‘feelings or emotions connected to place,’  according to RMIT Vice-Chancellor’s Senior Research Fellow Dr Troy Innocent, who is working with a research team at RMIT, as well as live arts collective one step at a time like this, and game developer Millipede, to design an app which will launch later this year.

The AR app will create an alternative map of Melbourne that hopes to provoke conversation and emotion around the city as a lived experience, rather than just a geographic fact. Innocent explains, ‘As the app guides players through the city, unexpected locations will come to life in augmented reality – each evoking a different feeling, or way of being – that highlights a word from a different language.’

Many AR games, like the popular Pokémon Go, focus purely on visuals, and treat their environment as a neutral canvas on which the game can play out. The RMIT team’s approach to AR is quite different; their work relies on audio too, and is highly engaged with the space of the city itself. Innocent explains, ‘In 64 Ways of Being, immersive audio leads the player into a city within the city. The live encounters within the app are situated spatially in an augmented reality street theatre environment. Each way of being is a live, realtime, interactive encounter that is intimate, particular and participatory – the player being there makes a difference.’

Rather than framing a phone game as a diversion, for the team behind 64 Ways of Being, it’s another way of paying attention. This work connects language, place, play and emotion in order to create highly personal experiences that ‘allow people to explore and reflect on their own connection with the world around them.

Our usual experience of the world through a smartphone is that of an isolated individual, operating on the most efficient vector through the city. By contrast, this app asks players to slow down, be reflective, critical and connected – increasing their range of ways of being in the world.’

The team is working with the Wurundjeri Tribe Council and Boon Wurrung Foundation, and is reaching out to the Auslan and VicDeaf community for non-spoken languages.

The project is an extension of the team’s research into playable cities, which won a $950,000 grant from Creative Victoria in 2018. Since then the team has found ways to use play to explore the experience of living in Melbourne, and to provide a playful, enticing platform for conversations about the future of urban space, and how these living histories will shape the city as it continues to develop.

Innocent explains: ‘Urban play is a way to decode the world around us. Playable cities allow people to reimagine the city, not just to see “the city-as-it-is” but to experience the “city-as-it-could-be”. My main interest is in reconnecting people with the lived experience of the city, and to create situations in which they can re-imagine and renegotiate their relationship with the world. In 64 Ways of Being, the city is used as a material for creating ‘ways of being’ and drawing people into immersive experiences through the “aliveness of play”.’

‘I was attracted to the idea of civic conversations that were democratic and inclusive – and that connected people in that conversation across different layers of the city, reimagining what it was, what it is now, and what it could be,’ Innocent says of the project. ‘The Playable City Melbourne conversation talks to its multi-layered identity – as a creative city, technological city, a diverse and multicultural city, a liveable city that is growing fast. It looks at what playable cities are now in response to our particular social, cultural and environmental context.’

You can contribute unique words of your own through the 64 Ways of Being survey here. The survey closes 2 March.