The Asia Pacific Screen Awards develop grunt and glam as they support the rise of trans-regional markets.
Sarah Ward 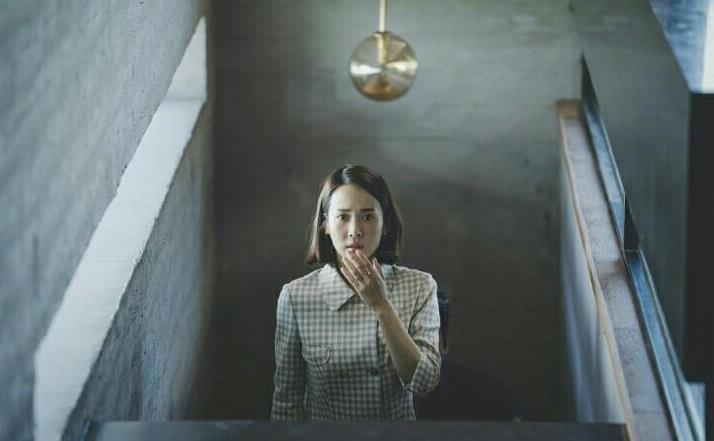 ‘Our movie has already reached a much broader audience than what we imagined, and I’m sure this prize will open new doors,’ he told the crowd at the Brisbane Convention and Exhibition Centre.

In both his and co-director Rachel Leah Jones’s minds, ‘we made a local film,’ he explained. Focusing on Jewish Israeli lawyer Lea Tsemel and her fight for Palestinian rights, Advocate was made ‘for our society, to show them how this justice system is dealing with – prosecuting or defending – Palestinians who are accused of non-violent or violent resistance,’ Bellaïche continued. Now, it’s the 13th APSA Best Documentary winner in a field that also included the highly rated One Child Nation and The Australian Dream.

APSA isn’t Advocate’s first sizeable boost, with the documentary premiering at Sundance, receiving a Jury Prize in Hong Kong and nominated for a Producers Guild of America award. However, Bellaïche was visibly moved.

It was a nice moment in an evening full of them; an evening replete with the usual pomp and ceremony as 37 films from 22 countries vied for glory, yet one indicative of an event now comfortable in its own skin. APSA’s fortunes over the years have been well-documented, but, eight years since it settled in Brisbane after making the move from the Gold Coast, the Brisbane Marketing-run initiative seems less concerned with explaining its existence. The addition of the four-day Asia Pacific Screen Forum around the awards added a sense of assurance. While speeches from APSA patron Jack Thompson, Brisbane Lord Mayor Adrian Schrinner and Screen Queensland CEO Kylie Munnich stressed the importance of the event, the evening’s winners really did the talking.

Some made a statement just by receiving a prize. Parasite was always going to be this year’s favourite for Best Feature, with the Bong Joon-ho-directed hit adding another accolade to its growing collection (a cabinet already stocked with Cannes, Palme d’Or and Sydney Film Festival competition prizes). That said, while it’s one of the year’s best films, it also marks the first time that a South Korean title has earned the top gong since the first APSA ceremony in 2007.

This year’s other hardly surprising winner, Japanese animation Weathering With You, also took APSA full circle. As director Makoto Shinkai noted in his recorded speech, his 2007 film 5 Centimetres Per Second also won the Best Animation category in the event’s maiden year. ‘It made us see that our films are being enjoyed in a foreign country,’ Shinkai said. ‘It has lifted our confidence that we have audiences, and motivated us to make more films.’

‘It has lifted our confidence that we have audiences, and motivated us to make more films.’

Neither Parasite nor Weathering With You really need an APSA push to keep reaching viewers, or to convince directors Bong or Shinkai to keep working. Parasite has earned $111 million worldwide, $41 million of that internationally, while Weathering With You has hit $174 million globally including $50 million internationally – and the size of each film’s box office figures beyond South Korea and Japan is significant.

Of course, anything that highlights the region’s films, and strips away the archaic idea that movies made outside of Hollywood are just an alternative to the mainstream, is welcome, and marks deep changes in world cinema.

(Both movies have also been selected as their nation’s Best International Feature Film Oscar contenders and, in what would be a historic feat if it happens, Parasite is also fancied as not only an Oscar Best Picture nominee – which looks certain – but the possible winner.)

‘I feel really humbled and privileged to be a part of the APSA legacy that I’ve looked at from afar from a long time,’ screenwriter Rodd Rathjen told the audience.

The award pays tribute to the way an Australian film can reach out to tell a story from a point of view embedded in the region.

That’s the kind of practical results that APSA is encouraging through the forum and its ramped-up networking opportunities for oversees attendees this year. It showcases the idea that Australians don’t have to relate to the region’s screen industries just through investments and contracted services – it deserves to be led by personal relationships between artists with different stories but a shared love of cinema.

Perhaps less intended is Adilkhan Yerzhanov’s response to his Best Achievement in Directing win for Kazakh crime film A Dark-Dark Man, or at least the way he phrased his sentiments. ‘This prize for me will be a great thing when I am in depression,’ he told the crowd via a translator. It’s the same notion that Shinkai expressed, just with dark humour: that the recognition, and knowing that his work has appeal throughout the region, is a great motivator.

Still, when Beanpole’s Best Achievement in Cinematography winner Ksenia Sereda took to the screen – the first woman to win the category – she too spoke of being ‘very grateful and happy that Beanpole travels around the world’. The Russian feature has been a festival darling since premiering at Cannes, touring far and wide since, and that obviously isn’t being taken for granted by the filmmakers. At the APSAs, it was the night’s only multiple recipient, with Kantemir Balagov and Alexander Terekhov also winning Best Screenplay.

To put the above wins in context – and Elia Suleiman’s Jury Prize for It Must Be Heaven, Filipino actress Max Eigenmann’s win for Verdict and Indian actor Manoj Bajpayee’s nod for Bhonsle, too – the 37 films that earned nominations were whittled down from 289 titles in competition from 70 countries. Helping give any of them a bigger profile can’t be underestimated.

Capitalising upon that boost to actually reach audiences is the next step, and one that Armin Miladi, Australian distributor of APSA-UNESCO Cultural Diversity Award-winner Rona, Azim’s Mother, specifically mentioned in his acceptance speech on behalf of the filmmakers.

Locally, only a portion of this year’s APSA’s winners will forge a theatrical path; however at a time when the event’s Best Feature Film winner has enjoyed a healthy and lengthy run at the Australian box office – Parasite is nearing five months in cinemas – helping to change that is a worthy aim.