The battle for worldwide streaming supremacy looks like a fast-motion version of Westeros. Foxtel's latest deal gives it Binge, a new streamer which even has The Game of Thrones.
David Tiley 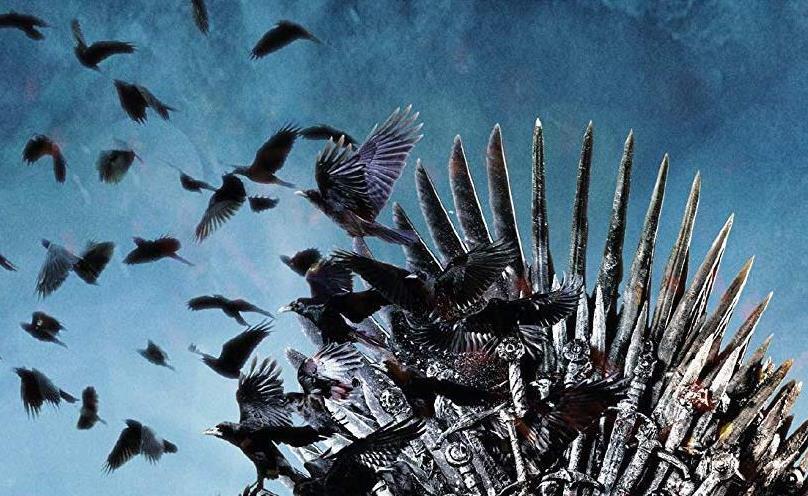 You are what you can defend. Image HBO’s Game of Thrones.

You have to hand it to Foxtel. It just won’t lie down. As of today it is the owner of a streaming service which looks just like every other streaming service, available outside Foxtel technology, so branded around binge watching it is called Binge.

For a year, Foxtel has been building a war-chest of deals. Existing relationships with BBC, NBCU, Viacom and Discovery were all renewed. The WarnerMedia rights came on the market too, and both Foxtel and Stan made bids. Stan must be bereft at the moment as it also stands to lose its ViacomCBS material as well to a new streaming service from Ten’s newish owner, ViacomCBS. Binge arrived just three weeks later.

Since 1995 Foxtel has shouldered the ugly burden of being first, of building a cable network, of getting people to pay for content. It learnt to segment the audience, to exploit niches, and even pushed a One Box to Rule the World strategy, in which Foxtel would provide every service through the same gadget.

It was always an expensive service which was slowly undercut by the digital providers, who hacked away at the available time of the audiences with their pesky games and phones and laptop screens.

Now Foxtel is grabbing opportunities out of the battle, creating Binge from legacy programs and shellshocked traditionalists.

Free enterprise capitalism created the Titan of Netflix and then the competitors who are tearing it down. As long as monopoly leaves money looking for a home, dominance creates competition.

Make no mistake, this is a game around rights and attention.

Foxtel has long, deep roots with studio providers. Until recently it was part of the Murdoch content creation empire, until that buckled in the face of approaching competition.

However, it is no longer competing in a simple market where it duelled with free-to-air TV for domestic Australian rights. Now everyone is tossed around in a global marketplace as Netflix, Disney and all the others face off to build world systems. To understand Foxtel’s deal, we have to look to Los Angeles.

In 2018, AT&T, the world’s largest telecommunications company, bought Time Warner. It shaved bits off and put a revitalised WarnerMedia into the marketplace. The annual revenue figures show us the scale, as Netflix and Warner Media recently took around US$38 billion each, and Disney shovelled almost twice as much, at US$70 billion. While the ultimate profit, company value and debt figures are very different for each one, they are all big enough to shape the whole market.

The WarnerMedia pocket that Foxtel has popped itself into is warm and cosy with plenty of sugar. That full and exclusive access to HBO material includes a ton of goodies. Remember, HBO is the classiest creator on the American small screen. Rather than continue to be a supplier to everyone else it too has become a streamer on its own behalf. Just today, it launched itself as HBO Max in the US, helped along by deals offered by AT&T to its massive subscriber base.

But, Foxtel’s deal is not forever, as some of the HBO Max material is not exclusive and turns up on STAN.

While we have been emphasising the Warner deal, Foxtel can also port the BBC, Sony, CNN and NBCUniversal via earlier deals.

The titles in this deal riff on our cultural history. The Sopranos, Game of Thrones, The Mentalist, Friends, Big Bang Theory, Rick and Morty, South Park, The Wire, Sex in the City, Westworld, late Sesame Street, and Foxtel Originals. There are docu-soaps and reality TV series. Movies include The Hobbit films, Lord of the Rings, the Matrixes, Justice League, the Batman films, the Superman franchise, the Lego films and classics like The Wizard of Oz, Casablanca, Citizen Kane, Gone With the Wind, The Shining.. there are more at CNET.

But there is a lot of competition in Australia and binge levels are already through the roof. We are way beyond the number of streaming companies most people are expected to tolerate sipping at their monthly bank balances. That figure is two, or three at a stretch.

Foxtel wants a younger market but risks cannibalising its own space. Having tried to push streaming twice before, the company knows it has to stay cheap, leaving the main cable business even more exposed. Binge runs under Streamotion, a company banner it shares with sports streamer Kayo; maybe a Binge/Kayo combo is even more of a threat to the main label.

All this has given Foxtel a huge amount of data, and Binge will give it a lot more. It will soon understand the Australian streaming market as much as Netflix to set prices and manage us around the catalogue.

The companies are very good at keeping secrets. Foxtel may truly believe that its shiny new set of price tiers will work; or it may be transitioning out of the traditional market altogether. We do know it is moving onto satellites and expects to be out of the cable market by 2023. Who would have thought that the rotting copper network would outlive the shiny threads of glass that the brand new providers installed across Australia just 20 years ago?

HBO is believed to be setting up an international empire which would ultimately put a nasty dent into Foxtel. But it is possible that HBO could make more money out of this deal than setting up a separate shingle, given that Foxtel has huge and often bitter experience of the Australian market. In that arrangement, Streamotion becomes a front for WarnerMedia, just as Ten might soon be for ViacomCBS.

It is pretty likely that a company with Foxtel’s rights, combined with sport and local content, does have a pricepoint which is both profitable and powerful. The problem is the legacy costs. It would be a much smaller company, and need to deflate the broadcast costs of sport and finally get the government to understand that the anti-siphoning laws are obsolete.

That question of local content is crucial. Not one of the programs coming into Foxtel from these deals is Australian. Not one of them seems to be made outside the UK and North America. These people are just not tuned to the idea of a shared locally based globalism. Only Discovery gets the idea. However, this could be a superficial view.

However, the announcement about the Warner deal two weeks ago has this paragraph:

Who knows what this all means about regulation, or whether this new combo will make a significant difference to blue chip Australian production.

By using the public financials from Foxtel, the ABC paints a precarious picture of its losses, underlining the difficulties in transforming the business to a pure streaming model.