Palestinian filmmaker Annemarie Jacir has become the first Palestinian woman whose film will open the Birds Eye View film festival.
ArtsHub
[This is archived content and may not display in the originally intended format.] 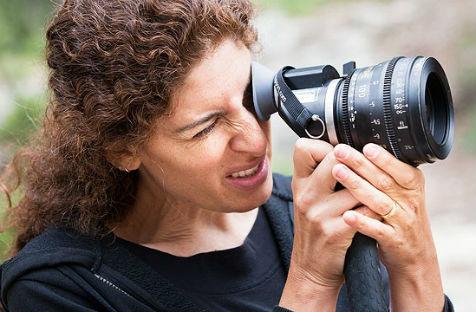 The 2013 Birds Eye View film festival has announced its opening film as Annemarie Jacir’s When I Saw You, which tells the story of a young Palestinian boy and his mother living in a refugee camp in Jordan.

This year’s film festival will focus strongly on Arab women, and what better way to kick things off than with a film by celebrated filmmaker Jacir, who is renowned as one of the greatest filmmakers of the Arab world.

When I Saw You was made during her mentorship with Chinese director Zhang Yimou and has already received much critical and international success after having screened at the Toronto International Film Festival, the Abu Dhabi Film Festival and at Berlinale. It was also selected as the occupied Palestinian territories’ entry for this year’s foreign language Oscar.

The film is set in 1967 and follows the relationship of a Palestinian mother and son who have taken refuge at a refugee camp in Jordan, from which the son runs away in order to search for his father.

‘Why 1967?,’ Jacir said in a press release. ‘Because it was a bad year for Palestinians. My parents became refugees in 1967. At the same time, it was the ’60s. Young people everywhere were involved in student movements, anti-war movements, people were full of hope that they could change their lives. It was a mix of two emotions – something had happened politically, but at the same time there was great hope, and that’s what I was interested in. This boy is that kind of character. He’s full of hope.’

The Birds Eye film festival will feature seven UK premieres, two London premieres and two live music world premieres as well as 10 exclusive director Q&A’s. Other notable films on the program include Coming Forth by Day, Yema, On the Edge and Habibi (Darling, Something’s Wrong With Your Head).

‘I’m thrilled that in 2013 Birds Eye View will celebrate the work of Arab women filmmakers. Now, when Arab women are dominating the headlines at the world’s most established film festivals, is the perfect time to shine a light on this increasingly important and diverse range of cinematic voices,’ Birds Eye View founder-director Rachel Millward said.

The Birds Eye View film festival was set up in response to the fact that women only make up less than 10% of all film directors and less than 15% of all screenwriters.

The festival takes place from 3 April to 10 April. Further information can be found at the official website.