Filmmaker Dylan River goes to Finke: There and Back

The rising director talks about the challenges of documenting his hometown, and the mammoth race that obsesses him.
Anthony Frajman 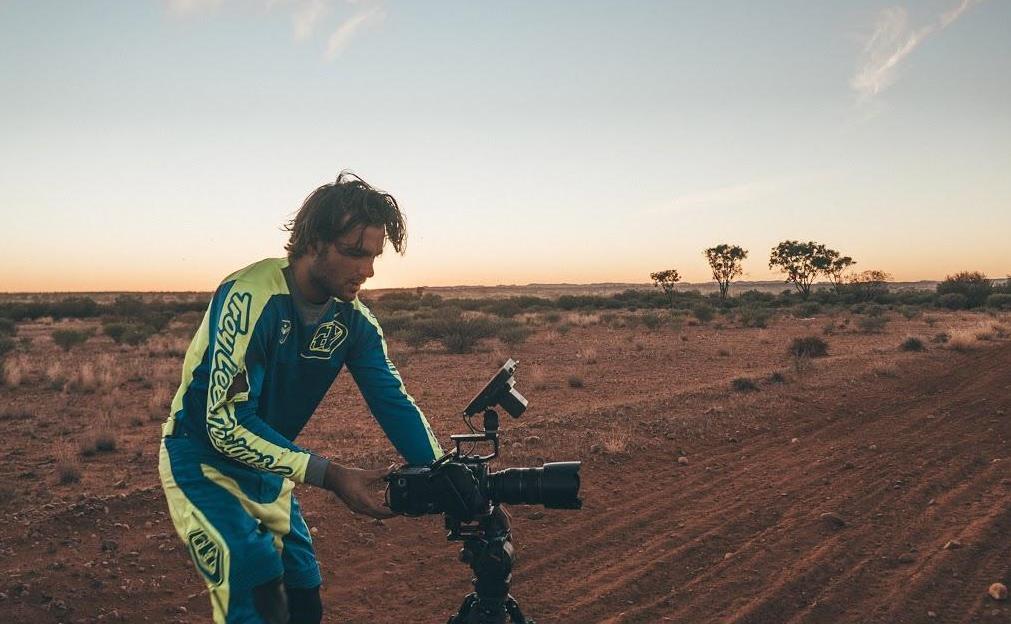 Dylan River, cinematographer and director of Finke: There and Back. Courtesy Madman.

‘It’s been a long time coming,’ acclaimed Northern-Territory-born filmmaker Dylan River says on the phone to Screenhub, reminiscing about his bloody, sweaty documentary, Finke: There and Back.

Years in the making, the film depicts a challenge that River was personally invested in with all his heart and soul.

Written, directed and shot by the now 25-year-old River, the documentary captures the adulation and anguish of Alice Springs’ premier sporting event, the Finke Desert Race – the biggest of its kind in Australia, the ‘Bathurst of off-road races’.

At 230 kms each way, the mammoth all-terrain marathon for motorbikes, cars, buggies and quads run over two days. The annual competition sees up to 600 local and national entrants riding through what is considered one of the most unforgiving and challenging off-road courses in the world. Participants race in the gruelling event just for the emotional satisfaction of getting over the finish line, to go ‘there and back. Some don’t finish, due to mechanical failure, exhaustion, injuries and crashing out, and multiple lives have been lost at the event.

Many of the film’s subjects, crew, and racers, are River’s friends, including his childhood mate, producer and key character Isaac Elliot, who is determined to complete the race and prove that disability won’t keep him away from finishing Finke.

For River, and many of those who helped to make the film, the project was born out of personal roots and bittersweet memories. ‘I thought [my friends and family] would be proud of me for making this film,’ he says. ‘It’s for my mates and other locals in Alice Springs to watch and be proud of their home: that’s where it started.’

Following successful short films (Nulla Nulla, Ward One), and his debut documentary Buckskin, which won the Australian Documentary Prize at the Sydney Film Festival in 2013; Finke: There and Back is the first feature film directed by the multi-skilled creative. He was also co-cinematographer on 2017 feature film Sweet Country, directed by his father Warwick Thornton, and he directed the SBS shortform drama series Robbie Hood.

Having competed in the Finke Race multiple times, it’s an event River knows intimately, and one that has been a personal obsession since childhood when he dreamt of being a Finke racer and not a filmmaker. In the press notes he even describes it as an addiction.

‘As a kid, the pinnacle of motorbike racing in Alice Springs was the annual Finke Desert race,’ he says, adding, ‘My dad had raced three times. Being a kid, it was almost like the riders were superhuman, like a Batman-type figure who hides behind this mask. You don’t really see their faces. You aspire to be that person and have the audience watching you.’

Having looked up to his father, River became a competitor at 16 and says he’s done the race seven times now. It was through the first-hand experience that he got the idea to document not just the event, but the individuals and locals who populate and patronize it. ‘I thought I’d sit it out for a year,’ he explains, ‘and make a film about the race; a character-driven documentary.’

The emotional and logistical hurdles

River grew up accustomed to Finke’s unforgiving heat, but having a minimal budget and keeping track of the riders on the boiling hot, remote 230 km track was an unprecedented challenge for the director-cinematographer.

‘The event was very challenging, as much logistically to film and reflect the human element, as to [do the actual] race,’ he explains. ‘We’ve got 230 kilometres of track in a straight line. Not in a circle. All dirt road. No phone reception. We were trying to shoot a feature film in two and a half days.’

A substantial production hurdle, the tough features of the track required considerable resources and innovation.

‘The speed the race goes at is much faster than any other off-road races in the country because there aren’t any corners on the track,’ the producer explained.

Enter the director’s army of mates, crews, go-pros and helicopters.

‘The way we captured the events was that we put most of our resources into the race. We had three helicopters shooting, we had robotic mounts and 20 plus camera crews on the ground, all operator-producers following individual storylines scattered around the track. We had 20 go-pros, most of which we lost on the track somewhere. It was huge. Very stressful.’

One of the biggest hurdles of the story, for River, was the unpredictability of documentaries, and not knowing who would be named ‘King of The Desert’.

‘We went into this race with the risk of not having a story and things not happening to our characters. We were very, very lucky that everything unfolded in a natural way and the story sort of told itself,’ River says.

Relief at the end of a journey

Telling a story that stretches back to his childhood dreams of wanting to be a Finke racer, River is relieved to see this labour of love get over the finish line. After being completed in 2018, following a six-month edit, and receiving an initial screening at the Melbourne International Film Festival in August 2018, the documentary received an AACTA nomination for his cinematography, and is now nearing release.

‘It’s about people and their lives, the physical danger and their struggles.’

For River, seeing the end of the journey is somewhat close to what some of his closest mates and home-town riders feel, crossing the Finke Race finish line.

‘It is monumental. It’s a huge relief,’ he says.

Finke : There and Back will have limited screenings from December 4th. Distributed by Madman Entertainment and Adventure Entertainment, a distribution/event partner who specialise in adventure and sports related films.