While most screen creators fight for a piece of the mainstream pie, true indies can be rewarded for their insane commitment to high art. To our delight.
David Tiley 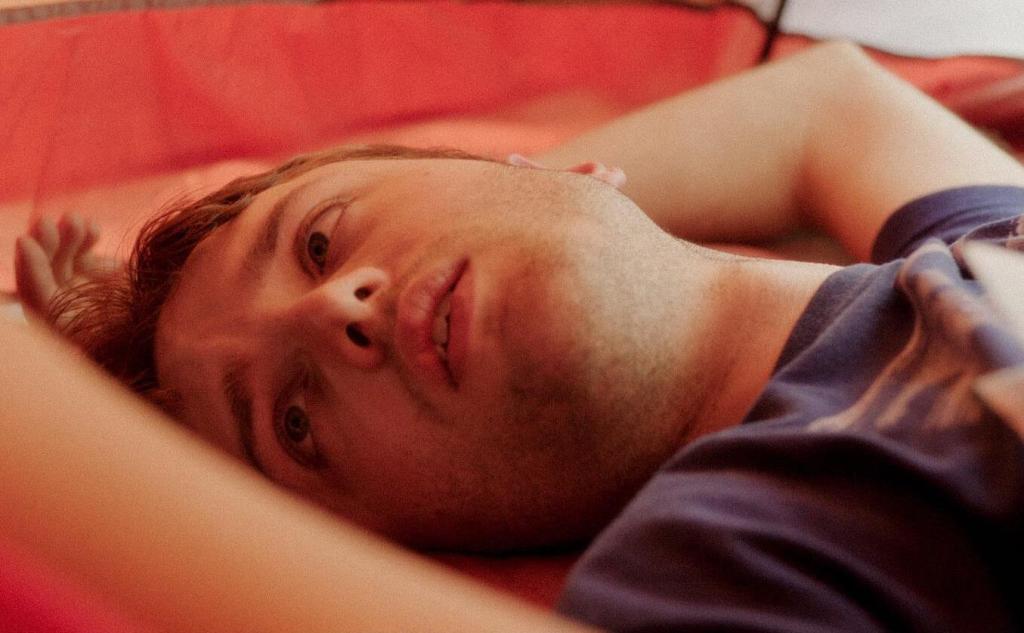 Deep inside the ultra-prestigious International Film Festival of Rotterdam is a wonderful playpen called the Tiger Competition, which the festival describes thus: ‘IFFR’s most prestigious competition celebrates the innovative spirit of up-and-coming filmmakers from all over the world.’

Tucked into this list, among filmmakers from Serbia, China, Brazil, Thailand and France, you will find Friends and Strangers, the first feature by James Vaughan, produced by Lucy Rennick and Rebecca Lamond. It is an ultra-low budget Australian film, which is now in the slam-bang best European slot to premiere, pushed along by advice from Michelle Carey, until recently the artistic director of the Melbourne International Film Festival.

Unfortunately the festival is online, so the prestige does not come with the thrill of a real premiere and the chance to find a tribe. Right now, if you are in the Netherlands and paid for your online ticket to the festival, you can watch it.

I interviewed James Vaughan and Lucy Rennick as part of our evolving project to track Australia’s newer generation of true arthouse filmmakers. As the IFFR says of the film:

Director, screenwriter and editor James Vaughan richly spices his exploration of the culture of affluent young adults with millennial irony. Strikingly framed shots and a contrapuntal score set the tone for a succession of interactions at the intersection of the mundane and the absurd. Rudderlessly manoeuvring through a recalcitrant reality, his characters cling doggedly to attempts to arrange life according to the examples offered by social media. Friends and Strangers reveals aspects of this that normally remain hidden.

Sharp-eyed oldsters will see a trace of Antonioni in this, along perhaps with Swedish director Ruben Östlund. Adrian Martin, carried regularly on Screenhub, has an affectionate review with other connections.

James Vaughan went to the University of Technology Sydney but worked his way sideways into trans-institutional study at Sydney University in Australian history and political economy. Then he surrendered to ancient history and started a second degree, which only lasted for a year because he became involved in film. But he was left with an abiding passion for pre-Socratic philosophy.

‘Greece is such an amazing microcosm,’ he said. ‘In such a short period and such a small population, writing was invented, and there was such a lucid investigation which seems like a framework for all the things we are still puzzling over.’

He talks about the boundaries between appearance and reality, the moral concerns about fairness and responsibility. ‘What is a decision? What is a choice? All the perennial existential questions in art, culture and politics.’

In 2013 Vaughan made his first substantial short, You Like It, I Love It, which went to the Berlinale and Clermont-Ferrand, and took out an emerging filmmaker award at the Melbourne International Film Festival.

He started to raise money for a feature even before the script, which he worked and reworked. He worked as an editor (cutting Ted Wilson’s Tasmanian indy feature Under the Cover of Cloud), sometimes had two jobs, and grew increasing inventive about building his financial stash. He became a paid subject of medical experiments, climaxing with five weeks in a Melbourne hospital where he set up his laptop and kept working on the project. That earned him $9000.

In the end Vaughan put his money on the stock market and doubled it by sheer dumb luck. His family came in with some cash, but it was predominantly his own cunning that gave him enough.

By then, Vaughan admitted, he was desperate. He knew nothing about the practicalities of organising a film, was lost in his own hall of mirrors. In 2018 he contacted Lucy Rennick, who had worked with a friend of his.

‘Actually I had known James from high school,’ she explained on the phone from New York. ‘We moved in quite similar groups. I had recently quit my job as a journalist and was throwing myself into production full time. He sent me a script out of the blue.

‘And for me it was an incredible opportunity to be attached to a film from a really early early stage. I was reading the script in a very early iteration, giving him notes and helping him refine it. He is very very very knowledgeable about cinema. He comes from an art background and it came through in the script and I was really impressed by that. And now we are here.’

There is no sense of innocence about this story – they knew what had to be done, and that knowledge and planning would get them through. They recruited Rebecca Lamond and they set up Leitourgia Films together. She has a music degree, was once a singer, actor and stilt walker in a Macau casino. Lamond joined the ABC, and has terrific experience as a production manager. Now they had a real production team.

They dealt with nightmarish organisational problems with a large cast and many locations around Sydney. Vaughan wrote the film around his friends, who would perform characters linked to their own personas. If that didn’t work, or they moved away, he dropped the character or shortened the arc. Inevitably there was a lot of shuffling.

These films run on loyalty, and they were lucky/clever and brought in the visual and audio departments very early. As Vaughan acknowledged, ‘It’s just so inspiring and nourishing to have these people who share the vision for the whole but also bring a kind of specialised technical aesthetic in one particular sensory department, whether it’s sound, or images or objects for the production designer.’

As cinematographer Dimitri Zaunders described the experience, ‘Friends and Strangers’ is a modern feature film about Australia, its topographies, people and systems. It was shot over 30 days and across roughly 60 locations around New South Wales.

‘A sweaty, frustrated romantic getaway to a strange outback campground; an escalating series of absurd events in an inner-Sydney harbourside mansion; an uncomfortable fever dream of contradictory logic and minor characters from earlier in the film, set in the Australian bush.’

For many screen creators immersed in popular entertainment and a coherent career path, the arthouse world seems to be a bit pointless.

‘We’ve heard that many a time’, said Lucy Rennick, who is herself developing a mainstream career. ‘But personally I have the utmost respect for James and the way he has chosen to navigate this path. From the very beginning there was never any question of any outside influence in terms of funding – it was always the film that he was making. It’s a challenge, as Rebecca and I have found, a strange comedy-drama that, you know … when you watch it you either get it or you don’t.

‘Part of what drew me to the project was it was just uncompromising. He had this money. It wasn’t very much money but we had what we had and we figured out how to make it make it stretch. And you know,  it’s never going to make us a bunch of money. It’s never gonna smash any records, but I guess it’s a piece of art that is built on a very strong sense of artistic integrity, which for me personally is far more appealing,’ she continued.

‘I don’t want to be disparaging about Australia and other funding models but to me, making the art that we want to make is a far better journey and more satisfying journey than just changing your projects or changing yourself to tick boxes,’ Rennick said.

James Vaughan is happy to talk cultural politics. ‘Film as an art form has always sat in this uncanny space between art and entertainment from the very beginning. In Australia we think that way about culture, generally it leads toward entertainment or something more high-minded.’

We are stuck in that bifurcation between popular and high art, he explained. ‘It is harder to get popular support for creators who are often seen as sort of selfish, that are pleasing themselves.

‘I guess that raises the question of genre. I have total respect for genre and film history – that is fascinating. But genres are formed out of artifice that have developed as a medium of entertainment primarily, and film today comes from film itself. The more important thing to me is my sort of phenomenological experience of life itself. I would say that reality is the most precious thing of all and the best guide to what should find its way into cinema,’ Vaughan said.

Right now, of course, James Vaughan is looking at future projects and trying to navigate the future of Friends and Strangers. He has been living with his parents for the last three years, and is now 31 years old, so he should probably move out.

After finishing production on Friends and Strangers, Lucy Rennick headed for the mainstream industry – sort of.

‘I moved to New York, just to give the industry a bit of a red hot go. New York just appeals to me on a personal level, I am very much an indy producer, and not so much interested in studio pictures in Hollywood. I am self taught, indy is where I cut my teeth and I am much more at home in this kind of environment.’

How did she start as a producer?

She had a Masters in journalism from UTS, and building a folio of interesting light freelance work. But she was really thinking of being a producer from the very beginning.

‘A friend needed a production manager on a film he was doing and I stuck my hand up and said yes and that was kind of that.’

Right now she is working as a producer’s assistant on a US television series. That’s the way you do it.

Lone Wolf, written and directed by Jonathan Ogilvie from Joseph Conrad’s The Secret Agent, starring Hugo Weaving and Tilda Cobham-Hervey and Josh McConville, produced by Mat Govoni and Adam White, ran this week as one of only fourteen films in the main Rotterdam competition. It is booked to launch here at MIFF in July. That should be fun.