Eternity 24 times a second to stop the passage of time

The NFSA restores Eternity, a documentary about time, decay and the cosmos. For the filmmakers it is a message from the past.
David Tiley 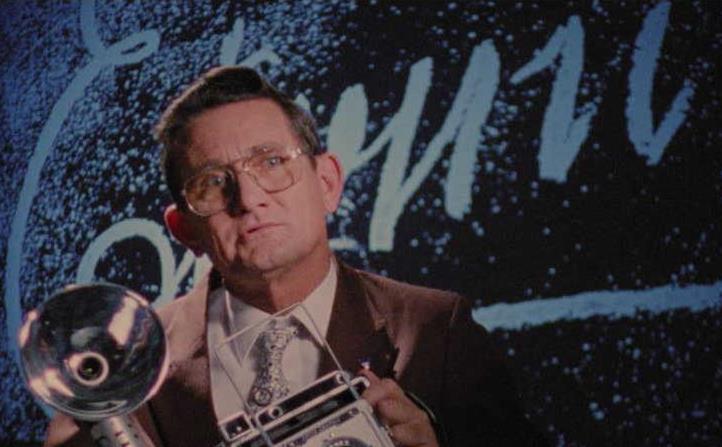 Eternity, shot in black and white with colour for a later time frame, is back on the festival circuit. Courtesy Sydney Film Festival.

Shot on film, with exquisite black and white images from Dion Beebe, it is a poetic hymn to Sydney, to the night, to mystery, anonymity and inspiration. The film tells the story of Arthur Stace who crept through the city by night to chalk the word Eternity half a million times on the pavement.

It was a gobsmacker at the time, turning its back on the didactic tradition, insisting on the magic of documentary images, made unashamedly as a work of art in dialogue with reality.

Last year the National Film and Sound Archive (NFSA) restored and digitised the film, which was released anew at the Sydney Film Festival. It will have a screening plus a Q&A with Laurence Johnston and Susan Mackinnon on Sunday 20 October at 3.15pm at the Melbourne Nova.

How does it feel to watch your own work 25 years later, as pristine and precise as the very first print?  Time folds back into itself, decay is banished, youth pours from the screen. I asked Johnston and Mackinnon to write about the experience, and it turns out they honour the process of saving history.

‘When I look at the film on the big screen now I see all the work and craft of making it, reminding me of the dramatic changes in filmmaking in 25 years.  Eternity was made before the internet, before email and Google so it was a manual labour of love. Faxes were it! Lawrence spent hours in libraries and archives for the research. If we wanted to trial archive footage it had to be ordered and posted to us on VHS tapes to view. It was a slow and time consuming process. The NFSA restoration of the film is a wonderful gift for us as filmmakers and for audiences to come.’

‘One of our aims was to make a film that whenever you watched it, you weren’t really quite sure when it was made in time. Looking at Eternity 25 years later, I think we have achieved that mixture of myth, mystery and beauty to compliment the heartbreaking story of ‘Mr Eternity’. To have one of your films chosen chosen for restoration by the National Film and Sound Archive is a deep honour in knowing that Eternity will now be part of this collection of remarkable Australian films.’

I cannot tell you how deeply we should honour the work of the National Film and Sound Archive.