After four years of taking risks and trusting her instincts backed by passionate documentary makers and a determined staff, Alice Burgin will leave the AIDC.
David Tiley 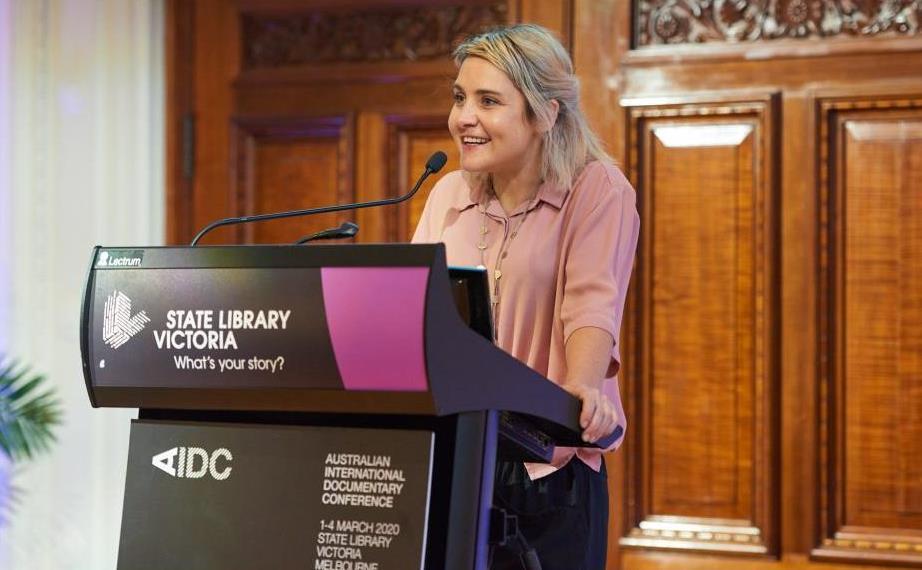 Alice Burgin has gently told the Australian International Documentary Conference that this is her last event. She will leave in March, at the completion of her current responsibilities.

She is not making a big deal of this because there is a humungous pile of stuff to do first, and an entire conference to be willed into digital existence.

Her background is well described on the site.

She has over a decade of experience in the film and television industry in Australia and overseas, as well as a dual research PhD in film funding policy awarded from the University of Melbourne/Université de Paris X, France.

She completed two seasons on the selection committee of PBS’ award-winning documentary series POV, and has worked as an Impact Producer at Borderline Media before becoming Campaign Director for Emmy-Award nominated documentary filmmaker Lee Hirsch.

In 2016, she moved back to Melbourne to become AIDC’s Conference Programmer, and was appointed CEO/Conference Director the following year. She is on the selection committee of Creative Victoria’s Screen Creative Grant and Chair’s the Department of Film and Animation Course Advisory Committee for the Swinburne University of Technology.

Four conferences in succession would be enough to drain anyone’s creativity, so the decision makes perfect sense. She will certainly be missed though she told Screenhub she will stay in Melbourne.

Here is her statement:

‘I have absolutely loved my time at AIDC. It has been a privilege to have been able to meet so many inspiring creative people from all over the world and to work with people so dedicated to strengthening the documentary sector. After four great conferences, I believe it that now is the right time for a new director to step into the role and lead the AIDC into the future.’

The full program is due out on Jan 28.

In 2017, she discussed her experience of the role with us, as the AIDC advertised for a partnerships and development manager (which turned out to be Natasha Gadd).

‘I’ve been on a huge learning curve,’ she said. ‘I think that people are hungering for interesting and new ideas. So things that we were nervous about worked really, really well. And things that were risks for us were probably what I saw as the better parts of the conference. I think it is a little bit of a lesson in trusting your instincts.’

Our brilliant CEO/Conference Director Alice Burgin has let us know that 2021 will be her last conference with AIDC. While we’re very sorry to see her go after four fantastic years in the role, the entire Board and team wish her all the very best with her new endeavours.

We extend our heartfelt thanks to Alice for all her tireless work to make AIDC what it is today, and look forward to celebrating her achievements at AIDC 2021.