What better way to celebrate school holidays than some spooky new flicks, and an Aussie number one straight out of the gate?
Jini Maxwell 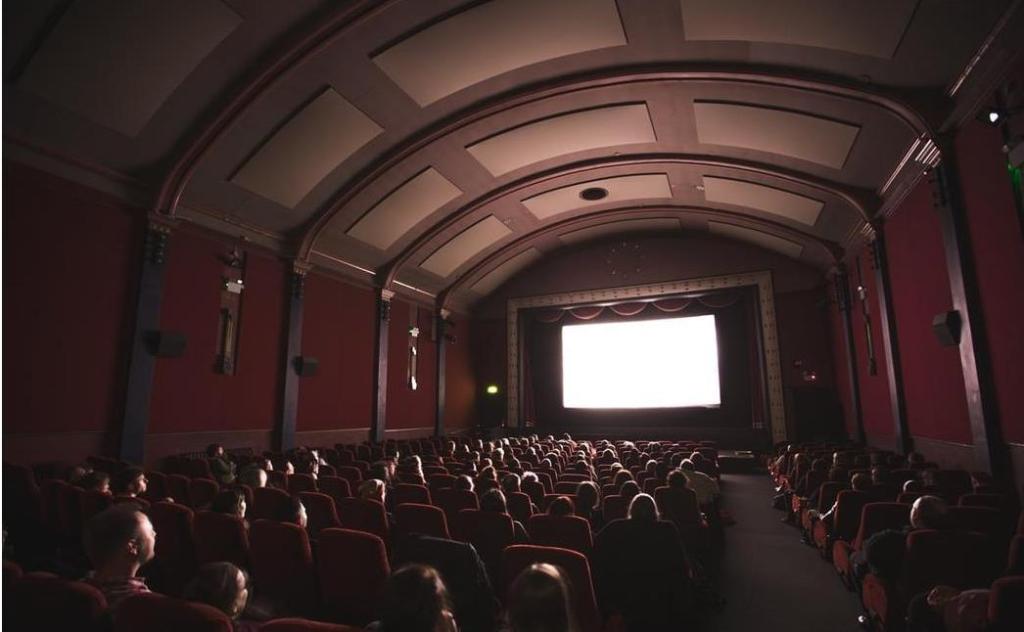 Packed houses for Ride Like a Girl on opening weekend. Photo by Jake Hills on

Ride Like a Girl is first out the gate in the box office this week, and the Australian horse racing flick was indisputably met with a hero’s welcome on the school holiday screens. Debuting on top of the Australian box office this weekend, the film brought in $1,665,034 over 270 screens, for a tasty screen average of $6,167. And of course it did – what’s not to love? Sport, a feisty underdog, complicated dads, the rabid glorification of a culture of gambling and animal abuse – the Transmission feature of dubious progressive merit is blockbuster gold.

And it had some competition; Downton Abbey and Ad Astra are still chugging along at #2 and #3, bringing in solid weekend takings of $1,418,577 and $1,220,111 respectively. In fact, both are still showing on more screens than Ride Like a Girl (306 for Downton Abbey and 321 for Ad Astra), so it’s doubly nice to see Ride Like a Girl outperform them so thoroughly. Apologies for crowing, but gosh it’s nice to see an Aussie flick back in the winner’s circle, after weeks of domination from blockbusters from across the pond.

Guillermo del Toro’s Scary Stories to Tell in the Dark came screaming onto 209 screens, and brought in a screen average of $3,859. However, a month before Halloween might have been a bit early for this release, as it sits at #8 in the charts in its first week. Perhaps things will perk up later in October, but for now, with a debut box office taking of only $806,673, the film didn’t seem to find the spook-seeking audiences it needed. It did displace another scary story, though; IT: Chapter 2, dropped from #3 to #9 this week, to bring in an average of $2,827 across its generous 284 screens.

Uglydolls also rears its hideous head on 250 Australian screens, but it failed to impress, or even to horrify. In fact, it hardly got noticed at all. The kids animation brought in a truly hideous $693 screen average across 250 screens, for an overall taking of $173,253. You know, they say that what really matters is what’s on the inside, but not even the star power of Janelle Monae and Kelly Clarkson could save this motley bunch.

Though it topped limited release in its first weekend on Australian screens, it seems that not all that glimmers is Goldfinch; despite causing every stir and tizzy possible in the lead up to its release, the Donna Tartt adaptation hardly made a peep at the box office. Debuting on a modest 40 screens, the film brought in an average of $2,770, for a weekend taking of $110,789. Book lovers, where are you? Maybe they’re too busy reading the reviews…

Halloween has its fingers in the limited release debuts, too. Jim Jarmusch’s latest spooky offering, The Dead Don’t Die also crept into the charts at #4, appealing to zombie fans across 14 screens, and bringing in a screen average of $2801.

Despite rave reviews, Buoyancy is in dangerous waters. It showed on a miniscule 8 screens in its first week, and still only brought in a screen average of $1,218. Here’s hoping they can improve on their overall weekend taking of $9,747 in the following weeks – I think they have a fighting chance. After all, if the box office has anything to teach us this week, it’s that Australia loves an underdog. And this one even has a chance at the Oscars.