First week out Slim and I gets 117 screens so it has definitely been on offer. But it could just be a sleeper with friends in the bush.
David Tiley 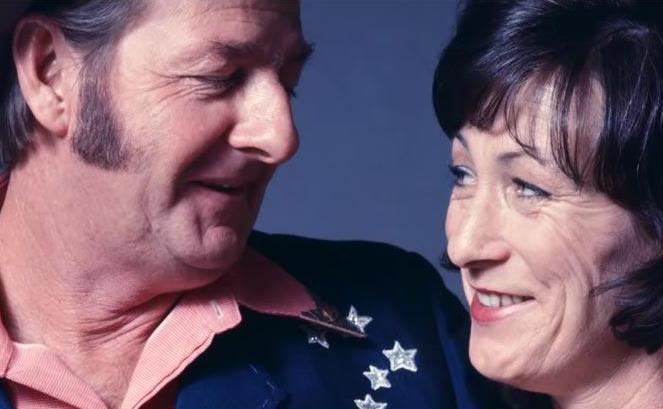 Slim and I. Image: Stack

Slim and I, which our reviewer loved, went out on 117 screens with the might of Universal behind it. $103,000 in total means $821/screen and the ninth slot on the league table. They won’t be happy, though it is probably hanging around the city at the moment and will look a lot healthier in the bush. Also Universal might be a bit skint at the moment in the marketing department because even titans need income and this is only a branch office. Slim Dusty is not a world music hero so this is not a test release but the whole thing.

Babyteeth continues its amiable run. Down another 14%, now on 15 screens, it is taking $758/screen and has made $317,000. Universal put this out 8 weeks ago when Victoria was just relaxing its first virus lockdown, so the subsequent loss of that market would have contributed to figures that accountants would see as glum. We think it is doing well against the odds.

Read more: ‘Babyteeth’ is a complex portrait of youth

Sequin in a Blue Room deserves more too. Five weeks, four screens, $18,000. It will surely get a bounce when Melbourne opens.

Read more: Sequin in a Blue Room is an intoxicating addition to Australian queer canon

Warner Bros has been coy about the figures, inflating them with previews in the US, and relied on overseas figures to create a respectable figure. Still, according to Indiewire, it has quietly shifted Wonder Woman 1984 from October to Christmas.

They are probably not too thrilled. Not only are the numbers low, the company would have needed a full advertising and marketing spend, which would add salt to the wound.

Roadshow has put the flabbily named After We Collided out on 192 screens and been rewarded wtih $4804/screen which is the highest opening for yonks for a total of $1.125m. It is a romantic drama, the sequel to After. The collided picture is not out in the US until October 2 so this is a kind of experiment. The first film will be a neat baseline; it took around $89m from an $18m budget which is probably in the black depending on marketing costs. Worth a punt on another one, anyway.

The current list suggests that the world’s screen trade doesn’t have much to offer if the blockbusters go away. Pictures with names like Adam (shot ten years ago), Shirley (biopic about a novelist, did well at Sundance), Becky (young woman, Nazi gore), Fatima (faith-based) and House of Cardigan (sorry, Cardin) don’t set the pulse racing.

Look more deeply and you find a curious absence: Palace is not distributing any of its own films. Instead, Palace Cinemas is running with Made in Italy, La Belle Epoque, Fatima, Babyteeth, Slim and I and so on. Add to that the number of films badged to Palace as distributors which have turned up in festivals and it is clear that the company is stockpiling. Once Victoria is back in action, Palace will leap into action.

Meanwhile, the company is about to launch its annual Italian Film Festival, now with Lavazzo replaced with ambitious St Ali with co-naming rights. From the end of the month across Australia, but with Victoria TBA.

The total box office is rising groggily off the floor, moving from $3.045m to $4.14m, or an extra 36%.This week the angle on the graph of returns almost exactly matches a year ago, with around $5m between them. At least the money is coming into the till.