While the blockbusters belt each other in a flurry of scales and floppy ears, local sci-fi movie Ascendant tries to claim some attention in the undergrowth.
David Tiley 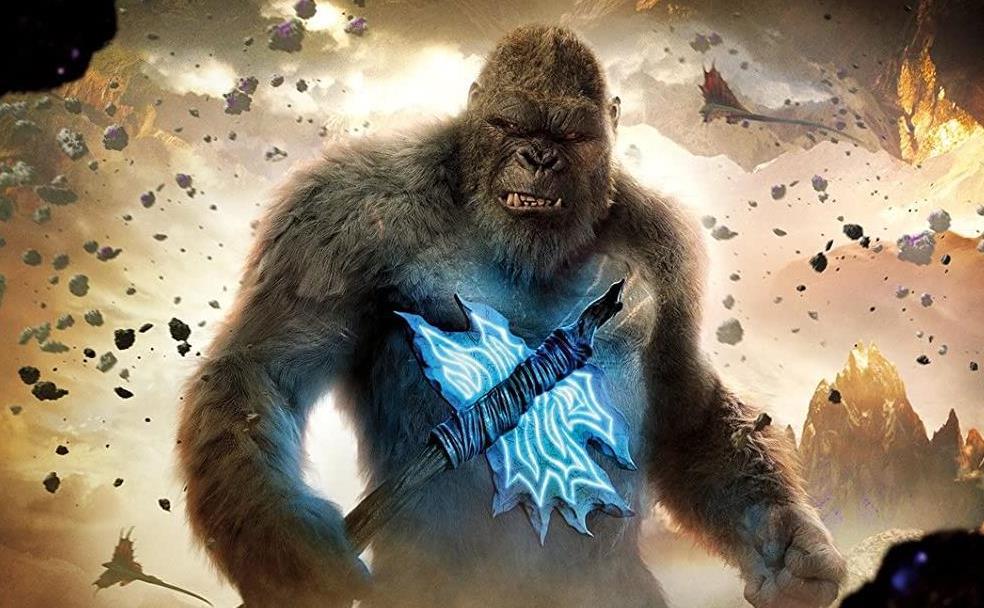 Peter Rabbit 2 and Godzilla v Kong are now running neck and neck on the weekend take with around $3.3m, though Peter Rabbit has nearly 100 more screens. However, after week three, the reptile vs fur showdown is on $20m while the bunny has taken $12m. Carrot wars will never compete with giant monsters spewing fire and stomping cities.

In 2018, the first Peter Rabbit was on $2.9m in its third weekend, so it is doing slightly better this time round.  It went on to make $26.8m in Australia and AU$460m around the world. It has a long way to go but the baby steps head towards the pot of gold.

That is great news for rabbit-creators Animal Logic since the picture has bounced around the North American schedule as Sony balances out a July 4 opening with the need to minimise competition. These figures will encourage Sony to take risks against Top Gun: Maverick aka Senile in the Skies.

As of now, the mammalian mayhem of Peter Rabbit 2 is dated for June 18 in the US.

Tom and Jerry seems to be a bit of flop here with $4.9m in two weeks and $1.93m last weekend. However, it has run totally against trend by increasing its take by $1.75m in its second weekend, so it is a school holiday pleaser recovering from a quiet opening. It seems to be positioned as the second film to see in the holidays, which is pretty smart over two weeks and three weekends.

Raya and the Last Dragon, the other contender for blockbuster breakout, is plodding along with $7.65m in six weeks.

After this, the list gives us Nobody, the murdered family revenge fantasy film, which added just over $1m this weekend, after losing 8% of its screens to 292, and 16% of its take in week two. The total so far is $3.1m, with a world box office of AU$38m off a budget estimated at AU$21m.

Expect to see this around as a franchise, as the dent to the box office expected with streaming release on April 16 actually increases the percentage take to distributor Universal Pictures.

Indie science fiction picture Ascendant by Antaine Furlong released on 165 screens on April 9. It is distributed by his company, Daydream Films International in association with Maslow Entertainment, the vehicle for Marc Wooldridge who was until recently the Managing Director of 20th Century Fox Film Distribution in Australia. Furlong was the Global Chief Financial Officer of Australian startup Massive Interactive which was sold to Deltatre in 2018 for US$127m.

The film made $161k over the weekend. It is expected to have an international release later in the year. It is a tough ask – low budget sci-fi depends on really clear scripts with great attention to feels, or a sense of overwhelming strangeness.

Voyagers, a US science fiction film backed by Universal, and travelling on reasonable reviews, launched on 171 screens last weekend and took $258k. But it cost $38m to make and will have a US-crafted ad campaign. Against that, Ascendant looks like a plucky outsider game to try anything.

The Dry has well and truly cleared $20m and is now at $20.58m after 15 weeks. Now down by 32 screens to 52, it made $43k this weekend, with that special noise made by strong films which are finally deflating.

High Ground just sneaked over its symbolic barrier with $3.01m in eleven weeks.

Penguin Bloom is really curled up in its nest now, with $7.44m in total after twelve weeks. It should just make $7.5m in the next week.