Box Office: Glory over, The Dry and Penguin Bloom push for milestones

An ordinary US film hits number one, while The Dry pushes for $20m and The Furnace snorts back into view.
David Tiley 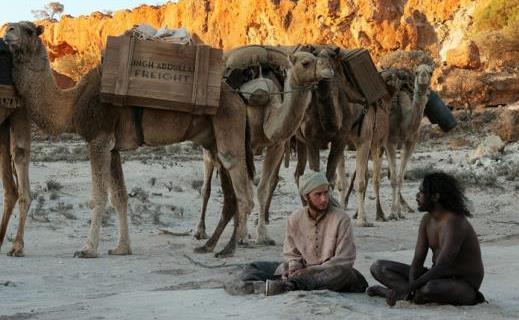 To the relief of some frustrated fans, The Furnace is popping its head up again. Image: Cinema Australia.

First up, Firestarter: the story of Bangarra needs all the help it can get. Known to festival-goers as a lovely piece of work, it opened on 99 screens through Icon and made $35k in the first four days. The box office so far is a total of $83k. This one has a chance to grow, at least with specialty audiences, but most of its ultimate income will be from streamers.

Occupation: Rainfall is close to bottom, with just $6.6k this last few days, and down to 26 screens.

The Furnace has found a few more screens so it could be heading for the revival which we hoped for after it almost disappeared late last year. Now on all of six screens, it has made a total of $402k.

Meanwhile in the US

Let’s cheer ourselves up with the weekend box office in the US market, with its higher numbers. The whole list is pretty different from Australia because the films we love are missing.

Next we find The Little Things, a neo-noir picture which is distributed by Warners and arrived in the US on Jan 29. The figures in its home market are instructive; we report them in AU$. It has taken $14.7m so far from a wide release of 2000 cinemas, off a budget of around [and alleged] $38m. It is still at number two in the North American charts, with $1.5m over this weekend.

The LIttle Things looks like a routine ‘search for a serial killer takes cop into own dark past’ story. The shining light is Denzel Washington, always reliable with a good fan base. Rami Malek, Jared Leto and Natalie Morales add power to the cast.

The critics are often dismissive – they seem to think the trope is a bit mouldy, but the performances are celebrated.

Number three is Judas and the Black Messiah, eight days out with $4.3m at the box office, not terrible for a specialist film about the Black Panthers. Nothing else earnt more than $1.3m. So the US market is barely crawling along.

In Australia, The Little Things opened last weekend on 276 screens and the same number of theatres. From Thursday to Monday it make $1.78m, which puts the film at number one.

The Dry opened on Boxing Day and took $4.88m by the end of the first week. The two are only vaguely similar but the comparison does show us that local starpower and an Australian story can make a helluva difference to a film’s appeal.

This weekend The Dry was down to $589k, down 18% for a loss of 10% of its screens. That puts it in second place though it dominates the landscape with $18.10m in total box office. The $20m is tantalisingly close though it will probably take a couple of months.

Penguin Bloom is at number three after making $354k last weekend but pretty well holding the number of screens despite an overall drop of 20%. At a cumulative box office of $6.36m, it is trundling along okay.

After that the figures take a dive. Detective Chinatown 3 dropped 35% for its second weekend to make $267k, with a total of $839k.

Four weeks in, High Ground is at number six, with $226k off 234 screens, down 13 on the week before. It has made $2.28m, putting it currently at number seven in the 2021 list, with Promising Young Woman, Monster Hunter, The Marksman and Dragon Rider ahead after different release periods. Sweet Country took $2.08m in eight weeks off 43 screens initially.

Long Story Short has made $566k in two weeks. It reputation is not spreading – it is on an expansive 266 screens, and made $166k last weekend. The drop in screen so far has been negligible though the actual leakage of seats is 47%.

In China, business is booming so well that exhibitors’ must be dancing in their foyers. COVID-19 has largely washed out of the system, though the pressure not to travel over Lunar New Year meant that families went to the movies instead. The one day saw a record $333m in box office. In less than two months cinemas have taken $2.27 billion, with capacity up to 70% and masks still in place.

Detective Chinatown 3 has made industry history with $785m, but has now been overtaken by time travel comedy Hi, Mom. Like Australia, local audiences are voting with their eyeballs and choosing Chinese films, but the market is more likely to stay that way. However, the leaders are no longer the super-patriot war or social example films, but good old fashioned slapstick.

The LA Times has a useful summary of Chinese cinema history which weaves in the rise of the ‘main melody’ movies which are blunt exercises in national glorification.

In Australia, Detective Chinatown 3 dropped 35% for its second weekend to make $267k, with a total of $839k. That is not too bad, given the loss of Chinese students – Wolf Warrior 2 took $1.7m altogether in 2017 over seven weeks with around $1m in the first two weeks.