Box office: Dirt Music plods on as US feels lack of blockbusters

Pain all round the exhibition sector from the high towers of Hollywood to picture houses showing Slim and I.
David Tiley 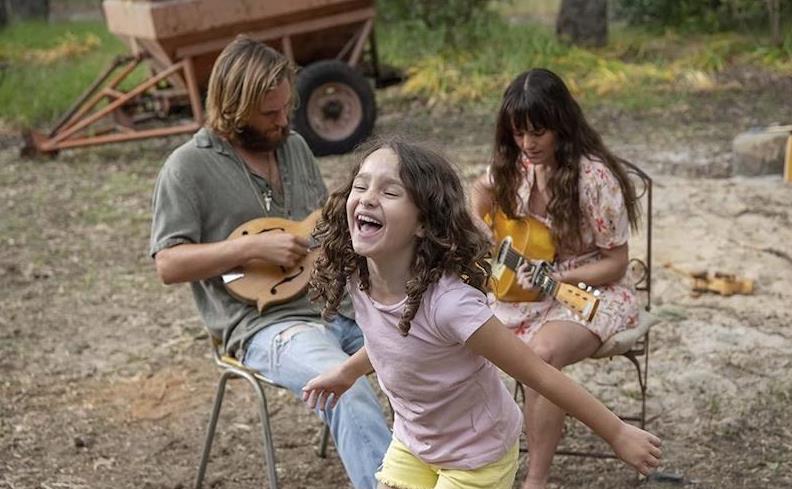 Dirt Music made around $500/screen over the weekend for a total of $472,000 in two weeks including previews. It has still done better than Slim and I, on $380,000 after six weeks, losing 23 screens to 38. Critics can argue about Dirt Music, but the Dusty doc is purely undone by COVID. If Slim was alive he would have written a song about it.

Combat Wombat went out on 44 screens to make $11k; The Leadership has made $81k in three weeks; Miss Fisher and the Crypt of Tears added $2.8k to its $3.3m Australian total.

A while ago, some contrary analysts were suggesting that the real problem for the US box office was the lack of tentpole product, with films pushed into 2021 by skittish studios declining to be the bait to drag audiences back.

It turns out they were right. The top US film this week is The Honest Thief, a Liam Neeson and Kate Walsh vehicle which Hollywood Reporter describes as an honest B movie around 50 years too late. It made $4.6m off 2,125 theatres, a terrible result. It is followed by The War with Grandpa, a competent family comedy which made $10m in two weeks. The most recent tentpole is Tenet, now seven weeks old, followed by The Night Before Christmas and Hocus-Pocus, which are retreads. The New Mutants has done half as well as Tenet over the past two months, despite its superhero origins.

Tenet confirmed studio fears with a US gross of AU$75m in seven weeks. Fortunately, over 80% of its total return came from outside North America which at least stopped the accountants from having heart attacks. But still, Tenet was the waste of a perfectly good crowd pleaser.

The exhibitors are closing because MGM has shifted the Bond flick No Time to Die out to 2021, while Disney is parking Pixar animation Soul on Disney+. The financials of the US exhibition market are appalling, as the largest chain AMC says it will be out of cash by January and need a further injection of capital, presumably from Chinese giant Wanda which owns the lot. But, as Deadline quotes from AMC’s documents:

‘There is a significant risk that these potential sources of liquidity will not be realized or that they will be insufficient to generate the material amounts of additional liquidity that would be required until the Company is able to achieve more normalized levels of operating revenue.’

Cineworld, which owns Regal, the other monster chain, has closed almost everything it owns which extends from North America to Britain and Europe.

However, the optimists are brushing the dust off their tap-dancing shoes because the New York picture palaces are opening again. We should also remember that the exhibition industry in the US is a bunch of mid-range fiefdoms which come and go, so the underlying sector can handle a lot of adjustment and drowning owners. A dose of fiscal reality may even improve the whole model.

We won’t know the results of Disney’s pivot to first release ultra-premium streaming until the company releases its quarterly results in the second week of November, but Forbes has been sensible about the prospects. A streamed release at $38/sale is equivalent to twice that number in box office, which means it would have done pretty well without COVID. But, we have to take into account the enormous extra interest in the picture created by the lack of cinemas; so it doesn’t tell us what would happen if it was part of an established release strategy.

In other words, it hits the same problem as everyone else on the net. How do you cut through clutter? The answer is, spend $100m or so on a cinema release. The chances are the best strategy is cinema first, stream later with some fiddling in the holdback. Forbes, which is in love with money rather than movies, is clear eyed enough to say that the studios would have gone to streaming first already if the modelling suggested it. They are not stupid and money makes a company nimble.

The seismic change is not COVID but the emergence of Disney and Warners as both exhibitors and streamers so they can freely switch back and forth as they please. A pure cinema or streaming player has no such choice.

Read more: Disney+ the full beast strides into the light

The openers in Australia are City of Lies, a picture about LAPD corruption based on the murders of Notorious B.I.G. and Tupac Shakur which delivered $279,000 off 162 screens. Despite Johnny Depp’s performance, the film is two years old, was called off once and has never hit the screens in the US. It is followed by André Rieu’s Magical Maastricht: Together in Music which made $270,000 off 121 screens.