In a generally dreary weekend, Eternals creates its own drama by beating the naysayers around the world.
David Tiley 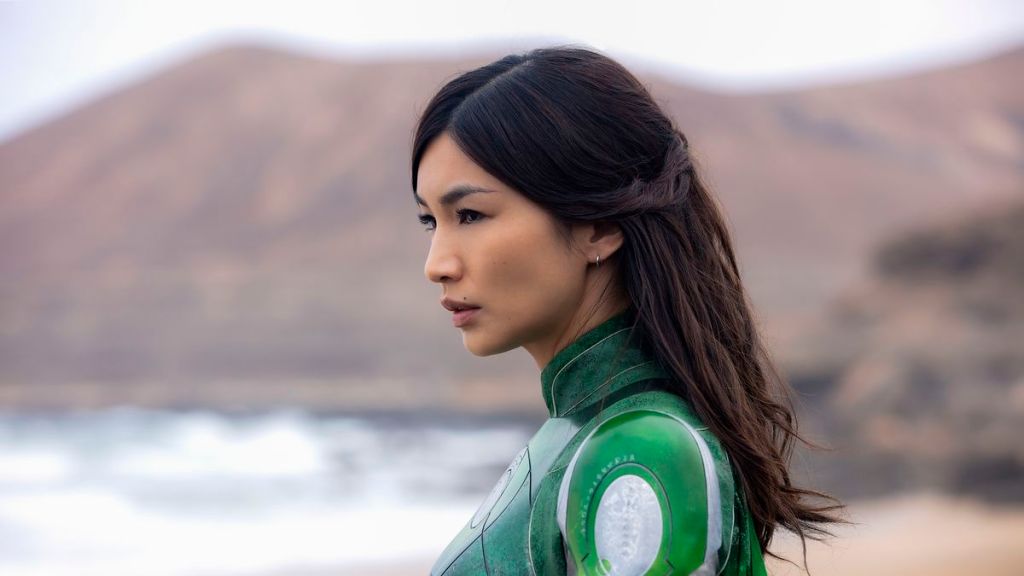 Gemma Chan in The Eternals.

Chloé Zhao is a favourite arthouse director whose Nomadland took $4.8 million in Australia even through the first outbreak of COVID last year. While she made this film she was prepping for Eternals, a superhero movie based on a dustier corner of the Marvel storyworld. [All figures in AU$.]

The critics have not been kind across both the arthouse and blockbuster publications, particularly in the US. ‘No place for nuance’, seems to be the general verdict.

However, audiences have dumped the critics in the bin. Eternals made $5.92 million over the weekend in Australia, even without full audiences in Melbourne. In the US it made $95 million, with a world total of $217 million.

Read: Review: No Time to Die is a victory lap for Daniel Craig

No Time to Die made $75 million in North America on its first weekend a month ago, with a holdback on streaming which is up this weekend. So Eternals, also only in cinemas, beat the ultra-hyped No Time to Die. By $24 million. Do you feel good critic peoples?

No Time to Die starts in Australia next weekend so it will go head to head with Eternals.

Other than this conceptual collision, the cinema lists are pretty dreary. There are good signs in the minority cultural market, as Indian film Sooryavanshi scored a half mill in its first weekend, followed by Anaathe with $275,000 and Paani Chi Maadhani on $121,000.

Nitram, poised to launch on Stan later this month, has made $385,000 in six weeks, struggling against a zeitgeist screaming for froth.

The horror films potter along, as Halloween Kills made $2.2 million in two weeks, probably based on the name because Antlers has made $270,000 in two weeks and Malignant has banked $541,000 in three. These are not stayers and are losing numbers fast.

Cute robot film Ron’s Gone Wrong is at number three and gained 12% from the Halloween/Melbourne Cup combo to reach $1.16 million.

In China, No Time to Die has made $66 million in two weeks, which is useful but not thrilling; the competition mostly comes fro ageing patriotic flick Battle at Lake Changjin which is not troubling its top spot. It is however a clear winner for the year with over $1 billion in sales. According to Variety, COVID has shut 10% of China’s cinemas, whacking more than half off the total.