Bad Boy Russell Crowe is bankable while Mel Gibson flops as a famed art connoisseur. The young makers of Babyteeth know the future belongs to them.
David Tiley 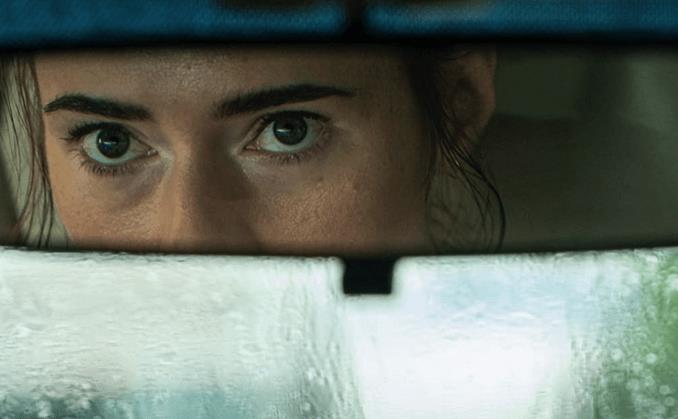 Unhinged is about to be released in the US, backed by Russell Crowe in incendiary form. Image: Caren Pistorius

To all the naysayers who are mocking Australian movies once again, Babyteeth is a challenge. It is executive produced by Jan Chapman, who has a genius record in her own right, the producer Alex White is a force, director Shannon Murphy is gifted in film and theatre, the cast contains Eliza Scanlen, Toby Wallace, Emily Barclay, Eugene Gilfidder, Essie Davis and Ben Mendelsohn. It had heavy agency involvement, Entertainment One was on board and Universal handles the distribution. The critics love it, the pic has transgenerational appeal and audiences get a tough-minded but happy ending. It ran well at the Venice and London Film Festivals.

It is called a comedy-drama. But, the US distributors are AMC specialist arm IFC and Picturehouse Cinemas, a small UK chain which takes films like Capernaum. The world is not that interested. The earnings for Babyteeth may have only just begun as it is sold to other territories and is picked up by cable and streamers. We will never know the final financial story, though Eliza Scanlen may be cursing the fact that she has broken out just as the traditional system went into covidian stasis.

But you can’t deny that the traditional Australian indy system has brought together a lovely package with almost every possible advantage at its scale and intent.

At the other end of the indy scale, crocodile film Black Water: Abyss gained five screens to 20 in its second week, made $7000 at a screen average of $346/per, to take a total of $16,000. No figures for the US but it has taken almost $400,000 internationally. It is already on VOD in some territories and streams here on September 16.

Since COVID started, the national box office total has been lying around like an old pub carpet, sticky with beer and mashed chips. The weekend we had a tiny ray of hope as it rose by 20 per cent to $2.97m, one sixth of the figure last year. Since the graph was declining steeply in August 2019, that percentage could look a lot better soon. Just as an artefact of simple arithmetic.

Russell Crowe has been doing a lot of heavy lifting to sustain our national self respect, as his monster imitation has kept Unhinged on top for three whole weeks. It has made $2.36m, is on $2,285/screen and lost 35 per cent; Crowe may have done something right because Unhinged has taken $800,000 in Canada in its first weekend, is yet to release in the US and has made $4.3m around the world. Sadly it is chasing a budget of $46m.

Providing a truly stale cake in the bakery is a 2020 reissue of Star Wars: Episode 4 – A New Hope, from 1977. If we have to go that far back to find hope beyond our current glums we are in real trouble. With $313,000 off 182 screens, that cry of encouragement is a bit feeble.

Madman braced itself to reach up to a 120 screen release for Made in Italy, and took $264,000 at $2138/screen, a smidgen behind Unhinged. It stars Liam Neeson as a widower. Not a cheery film but promises some heart warms and nice scenery: ‘A London artist and his estranged son try to mend their relationship as they work together to repair a dilapidated house in Italy.’ Made in Italy has taken $3.6m in Italy though its protagonists are English.

Icon did a similar Australian release trick with Force of Nature but on 147 screens to make $204,000 at $1394/per screen. I suspect both of these films would have had smaller releases if exhibitors were not clutching distributers’ lapels and crying into their masks to get anything onto their screens. Here, famed art connoisseur Mel Gibson is part of a team trying to stop a bunch of idiots from stealing art in the middle of a hurricane. In Puerto Rico. Hollywood Reporter describes it as an insult to a beleaguered community.

The sequel to classic Korean zombie flick Train to Busan, called Train to Busan 2 – Peninsula has taken $262,000, mostly off previews. Magnum has it on 95 screens at $1,814 per. It has already done well in Korea, probably because the country has survived the virus fairly well, in stark contrast to the dystopian post-horde landscape in which this grisly Mad-Maxer plays out its hunt for money. At least they don’t want art, though the concept of an armoured truck loaded with fancy-pants cognoscenti battling to save the Mona Lisa is moderately attractive. The Variety review regards it with fascinated distaste; the first film made $1.16m here after an opening weekend of $150,000.

La Belle Epoque is a Certain Kind of French arthouse movie. Victor is in his sixties and his marriage is sagging, so his wife buys him an opportunity to role play his favourite period of history. But can he get out? The critics liked it. Rialto took a punt with the rights, probably secured a year ago when mature filmgoers crammed into Melbourne’s Nova on the weekend. Now they are all trapped inside, likely to be knocked over by a well-aimed pumpkin if their Fitzroy neighbours see them sneaking out at night. Rialto must have flogged the previews because the pic has taken $280,000 in its first weekend but only $70,000 off 70 cinemas in the actual period.

Meanwhile, in the troubled nation of China, multiplexes have been allowed to open to a limit of 30 per cent of normal capacity. Last weekend some provinces relaxed this with a limit of 50 per cent, while the pesky problem of a maximum two hour running time has been pulled completely.

According to Chinese website Mtime, the exhibitors are joining their Western colleagues in rolling out old blockbusters, including Harry Potter and the Philosopher’s Stone and a Star Wars film.

And Mulan will get a mainstream release in China, making rabid fans around the world snarl with rage as many make do with Disney+ at home for $30 a pop to see it.

Read: Screen News in Brief: there is no courage without fear