How much did the AACTAs win push Babyteeth, after the glow of glory died? Rams passes the woolly $4 million mark.
David Tiley 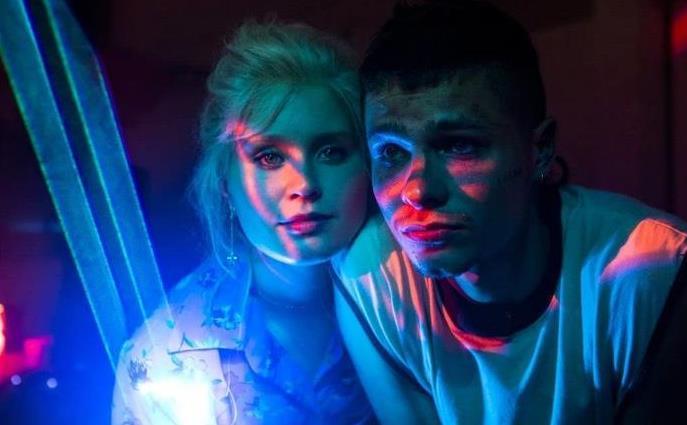 Eliza Scanlen and Toby Wallace as Babyteeth responds to the strange tiny glow of the AACTAs. Image: IMDB

What does a crushing win in the film categories of our national awards get the entrepreneurial producer?  Not a stampede it seems. Babyteeth has made $420,000, up by 2 screens to 6, while the weekend take went up 21% to $8,900. However, it is now streaming here through Apple TV and Google Play, is spreading around the world on a variety of platforms, and is running on Hulu in the US. A reviewer in Grand Rapids Michigan does an excellent job of articulating its joys. As does our own reviewer, Mel Campbell:

Hell has many doors and they are all creaking open for the cinema addict this December. The Thanksgiving to Xmas period in the US defines our release patterns too, though we don’t have the turkey armageddon to celebrate, and the Americans are in deep trouble.

Just as we are coming out of the COVID shadow, the Americans are hospitalising around 100,000 people per day, with a total of 282,000 deaths so far. The Centre for Disease Control predicts that the death rate will increase.

So Australian exhibitors are deep cleaning the last seats in their cinemas just as the supply message is the direst of all. Over the last month, the only studio releases here have come from Universal, courtesy of the company’s determination to supply the silver screen to feed their alliance with the exhibition chains.

Those releases are not cathartically jolly either. Freaky is a teensy horror picture, All My Life is a cancer film about marriage, while Let Him Go is a neo-western about a pair of police oldsters hunting for their stolen grandchild. Sony and Studiocanal are out with Radioactive, (a Marie Curie biopic) The Happiest Season (an intergenerational same sex rom-com about awful parents) and Misbehaviour (feminists joyfully wreck the 1970 Miss World Pageant).

Screen creators will find all these films interesting and accomplished but they are not a roller-coaster ride from Planet Overwhelming Frenzy.

The pattern continued through the last weekend. The War with Grandpa came out on 318 screens and made $942,000. It is a comedy about a kid who wants his room back when Grandpa (Robert Di Niro) comes to stay, which was fortuitously financed to hit the screens as families are truly sunk into themselves and looking for any way to get entertainment which is more exciting than competitive whining.

The War with Grandpa has been out in the US and most other places for two months. It opened in Lithuania in August, and its Russian neighbour liked it to the tune of $3.4m. It has made $23m in the US and $57m around the world, which is a little under the raw cost of making the film.

Tenet is at number two, with $427,000 off 156 screens, as the 15 week total pushes toward $15m. Happiest Season made $420,000 in its second week to reach $1.17m. In direct competition with Let Him Go, it turns out that gender-questioning rom-com is twice as attractive as a grownup’s thriller.

Everything else is making crap money, though the range of smaller films is probably diluting the audience for each individual title.

In the US The Croods 2 opened to  $12.6m in its first weekend in the US to make Universal (again) a bit happy. At least it is a PG animation which we will get here on December 26.

One thing to make us all happy: Rams is still at number 5, and scraped its wooly body over the $4m bar to make $4.2m in six weeks.

Read more: Rams rides home on the sheeps’ back