Both ends of Australian culture are represented in cinema at the same time. You can choose between David Gulpilil and slaves of Satan.
David Tiley 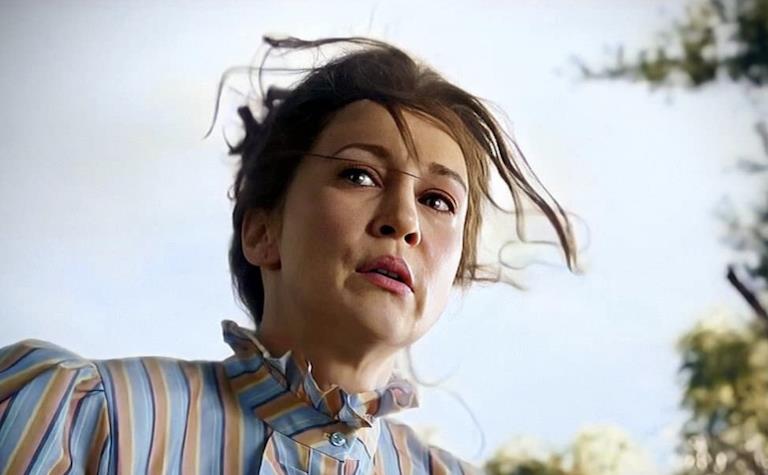 Vera Farmiga as a worried demonologist in The Conjuring: the Devil Made Me Do It. Image: IMDB

This week in the box office, My Name is Gulpilil hit its second week with 43 screens in its planned boutique release. It made $45,000, to take the total box office to $220,000. The Victorian Covid lockdown will have bitten into the numbers, which is pretty sad because this is Gulpilil’s last film and he is a cultural monument. So is the team – Molly Reynolds who produces and directs, Rolf de Heer who is an inspirational auteur, David Gulpilil himself and David Djigirr, who has been deeply involved with the filmmaking group since 2003.

June Again is on 168 screens in week five though it lost 74 while the noose tightens around its amiable neck to find room for sick and scary films. It made $112,000 and has taken $2.26 million. Right now that counts as a solid take, though it is way down on Last Cab to Darwin from earlier in the year, which shares some of its virtues.

In week four, Spiral: The Book of Saw has comprehensively lost the battle of the scares in Australian suburban cinemas. It dropped 69% on last weekend and took all of $39,000 off 100 screens. Exhibitors knew it was happening and halved the number of available screens.

Instead we have a New Nasty which thudded into first place in its first weekend. The Conjuring: The Devil Made Me Do It has possessed some 200,000 souls to make $2.89 million in four days on 321 screens in 202 cinemas.

Ironically, both these franchises are tangled up with the fertile minds of James Wan and Leigh Whannell, who met at RMIT, where they learnt to channel their instincts into world building rather than turning Carlton into a portal for a literal Satan to pour forth.

A Quiet Place 2 drops one slot to make just under $2 million off 438 screens in 253 theatres. Cruella turns out to be a stayer with $3.32 million is slot number 3, though it lost a quarter of its generous 542 screens. Box office only dropped 9% as people just packed themselves in more neatly. Homely citizens will be watching it on Disney+, for an extra $35.

The box office drops right off for slot 4 as Those Who Wish Me Dead only made $276,000 over the weekend, which is less than a quarter of Cruella. It has made $3 million in its 4 weeks.

Peter Rabbit 2 is still snuffling around the carrot patch, dropping gently in week 11 to $242,000 as it loses one third of its screens to 156 though it only drops 15% of its take.

In the US, The Conjuring: The Devil Made Me Do It opened with $31 million to take the top slot, well under A Quiet Place 2 which opened last weekend with $61 million. However, The Conjuring is streaming on HBO Max while Quiet Place is exclusively in the cinemas until July 12. It is not really a fair comparison.

Cruella has the sads with half the performance of A Quiet Place 2, though it does have the widest release. 4000 screens is a goodly number, while $56.2 million ain’t too bad either.  A total of $112 million, divided evenly between US domestic and the rest of the world is a good if slightly wobbly start. Again, it is also streaming.

Fast and Furious 9 has made $330 million around the world though it won’t be released in the US for another two weeks, when Australia will see it too.

China, according to Variety which translates the results from Maoyan, has been making foreign producers happy. Fast and Furious 9 has taken $260 million, still has 18.5% of the Chinese take, and made $11.5 million last weekend. Cruella arrived as well with $30 million, partly because Disney+ does not do China just yet. A Quiet Place 2 has made $37 million in two weeks.

…looks quiet. Dream Horse opens on behalf of Sony, which is the only major distributor in action. It is what the title suggests.

Everything else comes from a roll call of smaller distribution outfits. Vendetta has Cousins, Palace – Heroic Losers, Trafalgar Releasing – Bon Jovi from Encore Nights, Rialto – Deliver Us from Evil, Bonsai – Great White, Kismet/Rialto – Percy Vs Goliath, while Madman is releasing the anime, Josee, the Tiger and the Fish.

On June 12 we have another horse film, Spirit Untamed, pushed by Universal. It looks like an even more wholesome version of Ride Like a Girl.