'Blinded by the Light' looks like a cult in the making, as 'Pavarotti' documents the truth behind high culture.
Screenhub Hivemind 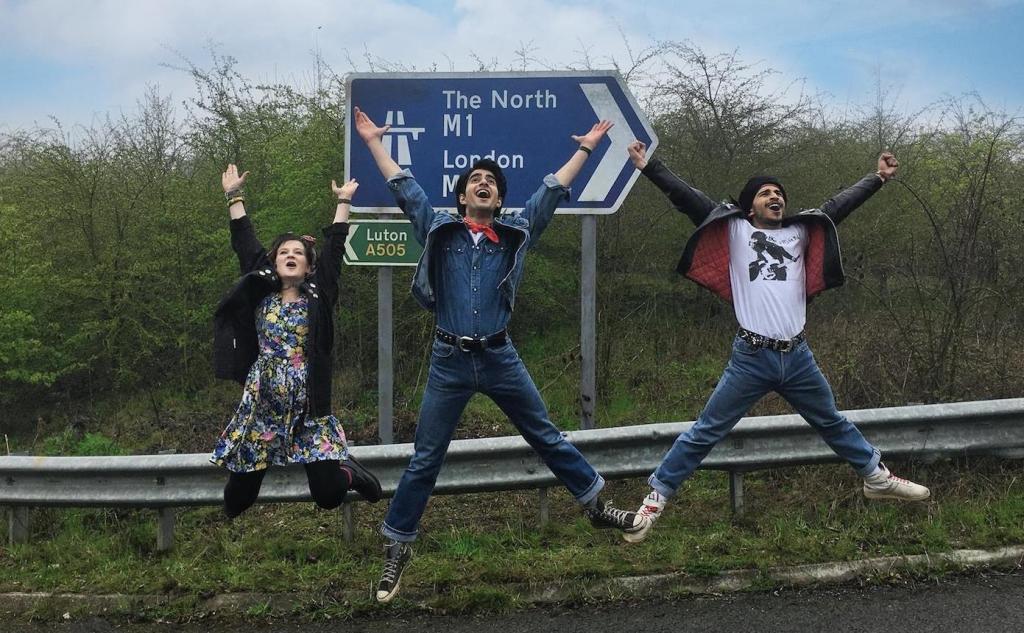 Blinded by the Light. Image: Caamfest 37.

Eulogy, the documentary about pianist Geoffrey Tozer, his relationship with Paul Keating and deep questions about support for artists and the small-mindedness of the cultural establishment, is still running, so director Jannine Hosking should be pleased. Go and see it, fight with your friends. You know it will be fun. Here’s our review.

Locusts is out on limited release. Modest, owing something to the desert noir of Wake in Fright, it comes from indies Heath Davis and Angus Watts. Adrian Martin gives it a hard time in his review for us.

Ride Like a Girl is cantering through the spring racing season. It’s cheaper and easier than going to the track and no horses are harmed. It is pushing towards a box office of a million dollars which is still a universe away from profitability.

A small surprise hit is Italo-Australian arranged marriage drama Promised, which was the Italian Film Festival’s biggest hit and opens on 58 screens today, distributed by Umbrella. Mel Campbell found it charming, with reserves.

Maleficient: Mistress of Evil hit the world last weekend, and proved to be a box office disappointment in the US. But it did much better outside North America, and blew an unexpected hole in the Chinese market as well. Here it is rocking along quietly, overshadowed by Joaquin Phoenix’s burnt feather strutting.

Zombieland Doubletap is a sequel to Zombieland and looks like a hopped up telenovella with bandages and lurching. Critics call it an enjoyable reunion so this is one for lovers of the living dead. The Guardian smacks it with its own entrails.

‘At a relatively brief 99 minutes, Zombieland: Double Tap doesn’t provide one with anywhere near enough time to figure out exactly why Zombieland: Double Tap exists. The closest I could manage was sheer greed, but even that explanation would require a strongly held belief that a substantial fanbase cared about or even remembered the original.’

Is Hustlers any good? Rotten Tomatoes collects reviews which admire J-Lo’s performance and a bit of depth, though the characterisation is probably not much.

Judy, in which Renee Zellweger inhabits the great Garland in her time of decay, is worth exploring by critics and they use the opportunity to argue the toss.

Gemini Man is an action thriller in which a hitman is hunted by a younger clone of himself, thereby having all the fun of a time travel picture without the messy paradoxes which can make the popcorn turn to mush in your mouth. The twenty year development period for this story is claimed to have flattened the narrative so badly neither the performances by Will Smith and co, nor the direction by the wondrous Ang Lee can put some bubbles back into the batter.

However, at least it tries to do something.

It’s a funny load of flicks.

Madman is releasing Pavarotti, the documentary On Wide Release, so they are either confident or game.

Disney has Ready or Not, which is a horror mystery thriller about weddings. That is going wide too though Australians don’t usually embrace that sort of thing. Note that rising actress Samara Weaving, daughter of Hugo, leads out the cast, which is a terrific move for her.

Blinded By the Light brings the story of a Luton Pakistani teenager redeemed by his love of Bruce Springsteen in 1987 to a wide audience as well. Directed by Gurinder Chadha who holds on to the comedy-drama tone. Critics are gurgling happily over it, audiences cheer, festivals ditto…

A feelgood musical for grownups. And kind of an autobiography.