BBC fears your entertainment could wither away

Who would be bold enough to predict the future of the BBC? Content will decline, says the UK National Audit Office - and we fear even Doctor Who could be under threat.
David Tiley 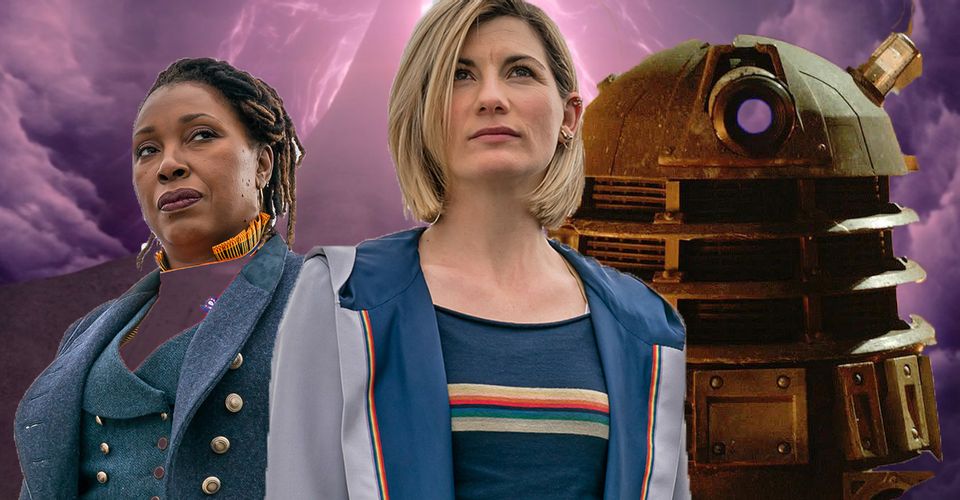 Look behind you! Are the finance Daleks sneaking up on Doctor Who?

There are a lot of good shows put out by the Beeb, turning up on our broadcast TV, or on streamers, or tucked into our co-production deals. Any loss of quality will be felt around the world.

The BBC has been under relentless attack ever since the Tories took power 11 years ago, even as it reinvented itself as a massive source of export revenue and a global player in cable, internet and streaming services. But this is only the latest round in continual political attack.

The warnings have been out since last September that the place is desperate. On December 17, the National Audit Office published its latest account of the underlying numbers and called it BBC savings and reform, thereby abusing the meaning of both those words.

This preliminary statement might tell you something about the atmosphere around government in the UK.

Give thanks for fair dealing.

The BBC is going to reduce its outlay by £971 million a year by March 2022, and continue with that compression thereafter. The program has been running since 2015, until £350 million/year has been saved by productivity improvements. The workforce in BBC proper has fallen by nearly 6%, caused partly by the expenditure of £180 million pushing 1,600 staff out the door. The number of people employed at BBC World Service expanded so the total drop is actually around 2%.

The BBC officially expected to cut its News and Nation services, but those measures have been trashed by the inconvenient arrival of Brexit, a General Election, and then COVID-19. The report drily notes that the BBC has also hesitated to cut News because the public might object.

Roughly derived from quotes, the headline news is this:

Proportion of the £971 million from reductions and changes to content, and the scope of the services: 52%

Proportion of the £971 million from income generation: 12%

The rain of hatred from Conservative politicians and British media is constant, so it is easy to see these numbers as pure cultural vandalism as Britain charges crazily back to the Dark Ages. But this is not the main story.

The big problem is the license fee. In 2020-21 the BBC received £3.75 billion directly from the public. However, says the report, ‘In recent years it has experienced a fall in both its audience share and in the number of people buying a licence as people do not need to buy a licence if they do not watch any licensable content.’

The annual income to the BBC, as of March 2021, is around £5 billion or AU$9.3 billion. So the BBC actually costs Her Majesty’s Government $2.3 billion. In Australia, the combined costs of the ABC and SBS are $1.17 billion. So the government’s direct contribution per capita is lower in the UK than here. Mind you, the citizens also pay for the license fee, which is a per household expense.

The income situation is a mess because the BBC shares in all that lovely overseas income, and also sets up co-productions. It benefits, broadly, from streaming income even while it loses viewers – and that loss is not directly reflected in the income.

It looks as if the BBC is still in pretty good shape given the enormous changes in the whole sector. But cuts to programming will reflect in cheaper, tattier shows, and more repeats. There will be less adventurous programming that engage newer audiences, both younger and more diverse.

Read: The Pursuit of Love is delicious

The BBC is also being dumped from the European media system so the EU will protect itself from English language programming. The international value of BBC news will also drop.

Less class, more junk – which can make the BBC hungrier for low cost co-pros, but also delivering less quality to other networks. However this also plays out in a complicated way. In Australia we have seen BBC content withdrawn from free-to-air broadcasting, which is not good for the base quality of the ABC and prime parts of the commercial networks.

Read: BBC slugs out the future with the biggest players

The Brits are also signaling a bad cultural problem. Those co-productions do not reflect UK identity, while the streaming companies are absorbing talent and real estate so the local sector is just running out of prime resources.

And that is all before the electorate spits the dummy on the license fee. We didn’t believe Brexit was possible either.