While the Australian government gets the vapours about regulating streaming companies, the EU and the UK go in boots and all – but the British position is just plain weird.
David Tiley 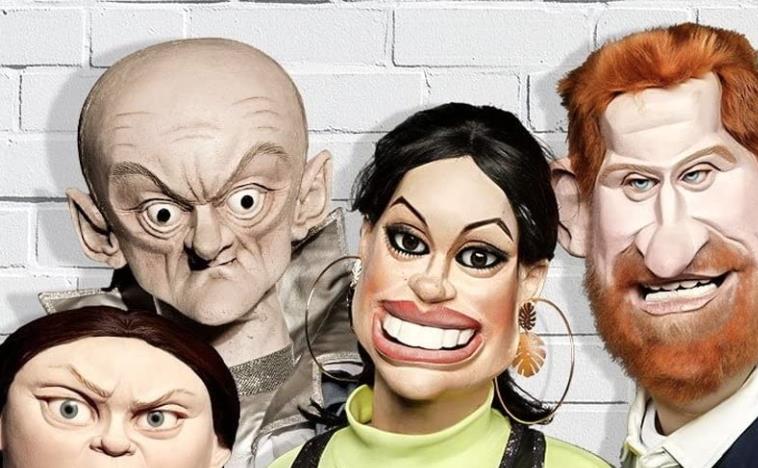 The new series of Spitting Image is made for online streaming service Britbox. Image: IMDB

Boris Johnston’s government has officially laid out plans to give the television sector a belting far beyond the fiddling by Morrison’s planners in Australia.

The story dripped into the international press, fed by an early briefing to The Times and The Daily Telegraph, and has now been confirmed by an official release. Here goes.

The government is pushing to sell public station Channel 4 to ‘ensure its future success and sustainability’ though it ‘plans to consult’ first. The justification is the familiar mantra of the digital era, audience habits, streaming, and collapse of advertising. This is a very big deal, could happen quickly, and will be fought with lightning bolts of pundit outrage. Even Channel 4 CEO Alex Mahon is on the warpath in a civilised way. ‘All of that advertising money is ploughed back into the creative sector. We don’t make a profit. The profit is made by many small and medium businesses across the UK,’ she said as the annual report was revealed to the public..

Channel 4 takes advertising and relies on commercial income for 90% of its activities. That looks like SBS in crucial ways, and we fear a similar rush of government blood. Weirdly, the UK plan claims that ‘moving Channel 4 into private ownership and changing its remit could help secure its future as a successful and sustainable public service broadcaster.’

We immediately think this is ludicrous but the UK has a different definition of public service broadcaster, which includes the private companies. Britain also has a much stronger history of regulation in which companies holding licenses have been shut down completely, though that habit was abandoned by the Tories in 1991. In 1998 the system was rebuilt with the Office of Communications, aka Ofcom, which is a good deal more ferocious than our own neutered ACMA.

Like the Liberal Party, the UK Tories want to harmonise the regulatory regime, though they don’t use the word. However, they are not talking about forcing streaming companies to make programs locally. Instead, they want to exert control over the morals of productions. According to the announcement, ‘It will consider whether new rules are needed to protect viewers of video-on-demand services – such as changes to age ratings and addressing impartiality and accuracy rules for documentaries and news content – alongside measures to level the playing field so public service broadcasters can compete with international rivals.’

This is a very different approach to ours. There is no public kerfuffle here about the morality of streaming companies, perhaps because their international reach encourages puritanism anyway.

In contrast with Europe

Surprisingly, there is not a lot being said publicly in English about the slow march of government regulation over the streaming companies. In March 2021, Variety summed up the French approach:

‘…France — which is leading the way — has indeed approved a firm legislative framework under which the government will force streamers to invest up to 25% of their local revenues in French-language content. More importantly, 66% of the investment made by Netflix and other platforms to produce French TV series will have to be done through independent producers to whom rights will revert within 36 months. On the film side, streamers in France must channel 75% of their investments through indie producers who will get their rights back after 18 months.’

The masterplan across the continent is controlled by a European Union Audiovisual Media Services Directive which mandates a 30% quota of European content to European subscribers. States are also mandating expenditure levels though it tends to be only a few percent in countries which host a lot of foreign Netflix production.

The UK signed up to the Directive in the early stages of Brexit negotiations, so Whitehall was expecting to apply content and expenditure regulations to the streaming companies. But the whole basis of this deal has now evaporated.

the sting in the brexit tail

British producers figured they were protected by the EU regulations despite Brexit, but they have now been delivered to a nightmare. On June 22, the Brexit minister Lord Frost admitted he could not stop the EU from tossing the Brits out on the grounds that the huge amount of UK content broadcast across the continent impedes cultural diversity. The UK is seen like a mini-US, with the same culture-crushing role we experience from Hollywood.

For producers, the most important issue here is the loss of co-productions, which underly so much UK production. But they are also faced with the reality that Britain is no longer following the European line on regulating the streaming companies. In fact, the absence of any statement about cultural and expenditure regulation of the streamers – which we discovered above – suggests that the Tories don’t expect to do this at all.

Last October, regulatory body Ofcom published its annual report on the BBC’s obedience to its Charter and a Framework Agreement struck with Her Majesty’s Secretary of State for Culture, Media and Sport. Critics of the ABC have this kind of arrangement in mind when they ask for more accountability.

In March the BBC published its Annual Plan which is a reply to the Ofcom document. It has a lot to say about the growth of the global media players. To us, the BBC is a global media player. It frets about ‘super-inflation’ which could soon take 30% out of budgets due to rising production and technology costs.

This discussion also contains no reference to UK regulation of streaming companies. But it does lay out the frightening scale of their production push, which is a mandarin-esque way of putting the issue on the government’s agenda.

It turns out that the BBC, that bastion of public television, is just as threatened by the loss of genuine local content as Australia. The argument provides us with a shock of recognition.

‘The rise of online media giants like Netflix, Amazon and Disney is putting British story-telling at risk’, it says. ‘’The US SVODs are primarily creating content for a global market – audiences in India, Brazil and the US matter as much, if not more than the UK. Their focus is to use the UK’s brilliant creative sector to produce globally appealing content, not to add to the cultural story of the UK.’

There is plenty of international streaming content made in the UK, but it is not about Britain. Instead, ‘cultural references and touch-points tend to be US-based.’

The plea is straight out of our own playbook – Television ‘shapes who we are, how we think, and how we relate to each other. It is vital that we see ourselves and each other on screen; that we hear our own voices, accents, languages and dialects; that we see our experiences and communities authentically portrayed..’

The regulatory system in the UK is different from ours, as Ofcom has teeth that ACMA can only dream of. At the same time, the government here does not have the regulatory mechanisms which shape the BBC. With no license fee to annoy the electorate, the feds in Australia can’t even threaten to burn the whole joint down with the support of voters.

The Tories have tormented the BBC ever since they got back into power, though the majority of Brits watch it and it makes a lot of money internationally. Let’s not forget that BBC Studios made $2.58 billion in sales over 2019-20, with $334 million in profit, and returned $509 million to the BBC..

But the UK has now chopped itself off from the mainstream of thinking about regulating the streamers, and the government is not talking about content nationalism at all. Not a word. Crickets in Whitehall. Even though the BBC wants it on the agenda.

It is a pretty sad sight. The Morrison government may be soggy on this and heading towards Portugal’s miserable 6% level of regulation, but at least it wants to do something.

One thing that the UK regulatory mess has in common with Australia: policies are driven by right wing spite, so bad here that the government refuses to admit that the ABC is part of the communications ecosystem.

UPDATE: The text of this article has been altered to reflect the way in which the UK is being ejected from the common EU policy on media.